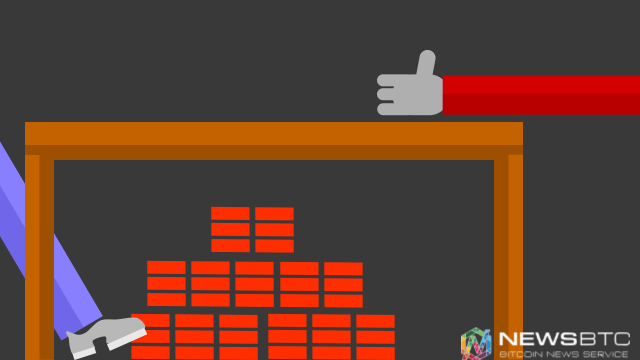 Plenty of people around the world have always suspected how the financial world is plagued by corruption and backroom dealings that shouldn’t ever see the light of day. With so much money revolving in this sector, it only makes sense that everyone has their price to be “bought”, but not much has been proven just yet. Over in China, it looks like the country’s financial system might be suffering from a variety of major problems, including corruption.

If the findings by China’s Communist Party’s Central Commissions for Discipline Inspection [CPCCDI] are to be believed, there are plenty of problems causing the ongoing Chinese economy debacle. Factors are ranging from using data for personal gain to abusing a seat of power, and everything in between. This is the – unfortunately – logical result of putting a handful of people in control of an entire country’s economy.

Such an announcement would never have been made if the CPCCDI did not have plenty of documents to back up their claims. Keeping in mind how various government administrations have been inspected recently, the list of offenses could be much larger than people are anticipating right now. What makes these matters even worse is how the central bank of China, as well as various regulatory bodies in the country, are not exempt from these offenses.

While it is commendable to see Chinese President Xi Jinping doing everything humanly possible to weed out corruption from the government and financial sector, the can of worms can be quite a large one. China’s economy is already on the brink of plummeting down even further, and the result of these recent inspections could push the country over the edge.

As was to be expected various critics are saying how Jinping is conducting these sweeps merely to weed out some of his fiercest opponents. At the same time, corruption has been plaguing all countries in the world for far too long, and it is more than due time to weed out the corrupted elements in a seat of power.

It is not the first time the Chinese National Statistics Bureau is facing backlash. Just last week, the agency director Wang Baoan has been put under investigation for serious violations, which could indicate his involvement in corruption as well. Furthermore, other bureau officials in a seat of power are not safe from allegations either. All in all, there seems to be a lot going on behind the scenes that people are not aware of, and this level of corruption goes far beyond Chinese borders.

All of these tidbits of information tie in nicely with the ongoing financial crisis that is plaguing the Chinese economy for months now. Keeping in mind how the National Statistics Bureau is responsible for providing economic statistics – among others – the rumours regarding inflated numbers may hold some truth.

Bitcoin is Transparent And Free From Corruption

Speaking of finance in China, popular digital currency Bitcoin is gaining a lot more attention from investors these days. Unlike traditional investment vehicles, Bitcoin provides plenty of room for financial growth in the future, as it is not bogged down by meddling authorities or central banks.

Furthermore, Bitcoin is not suffering from the same level of corruption traditional finance has to deal with on a regular basis. Because there is no entity controlling the Bitcoin supply or ecosystem, crime becomes a non-factor. Keeping in mind how Bitcoin brings financial services to anyone in the world and transcends borders, stories like these are all the more reason to get involved in the digital currency.

Tags: bitcoinchinaCorruptiondecentralizedfinancefraudNewsOpinionXi Jinping
TweetShare
BitStarz Player Lands $2,459,124 Record Win! Could you be next big winner? Win up to $1,000,000 in One Spin at CryptoSlots