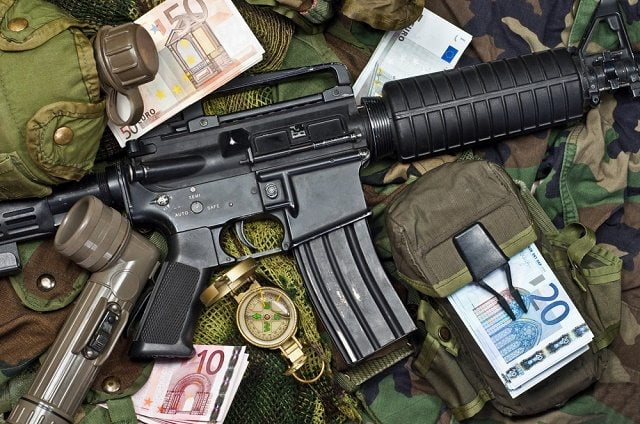 The topic of the involvement of Bitcoin in terrorism funding has been kicked around a few times in the past, but it looks like there is no end in sight. Amit Kumar, a US-based terror expert, feels it is vital to disrupting terrorism financing, references to Bitcoin in this context as playing a role that further warrants investigation.

It is not the first time someone mentions Bitcoin and terrorism funding in the same sentence. In fact, these types of discussions date back to 2015, when US law enforcement arrested a teen who was allegedly communicating with IS supporters. To be more precise, this advice touched upon the subject of using Bitcoin for funding purposes, as it would leave little to no trail.

Bitcoin users will gladly tell Mr. Kumar how Bitcoin transactions are the least viable option for terrorism funding, as the blockchain acts as a real-time ledger for any transaction in the world. However, he did mention how it is possible to effectively monitor Bitcoin transactions, and how the banking system should pay more attention to this concept.

“If a bitcoin user buys a bitcoin, he does intersect the banking system by the way of PayPal or some online intersectional inter-phase of a bank. By monitoring, you can try to avert the potential use of Bitcoin by a criminal or a terrorist. Otherwise, the bitcoin transaction and usage becomes anonymous.”

Up until this point, there is still no tangible evidence one single Satoshi – which is worth 0.00000001 Bitcoin – has ever been used for terrorism funding. No one is saying it is entirely unlikely Bitcoin has played a role in terrorism funding to date. But since there is no proof to back up these claims, the jury is still out.

What seems more likely, however, is how organizations like IS get their funding through money laundering, a scheme that has been plaguing traditional finance for quite some time. As the recent Panama Papers story has shown the world, Bitcoin would involve far too many hoops to jump through for money laundering purposes, whereas the banking system seems more tailored towards such a purpose.

Additionally. Kumar strongly feels the communication networks used by terrorist organizations need to be shut down. Coming up with counter solutions is far more difficult than initially assumed, however, and has lead to strange proposals such as weakening device encryption for consumers in the US. These ideas were not greeted with a lot of enthusiasm and have been put on the backburner

Tags: Amit KumarbitcoinblockchainISNewsOpinionTerrorism Funding
TweetShare
BitStarz Player Lands $2,459,124 Record Win! Could you be next big winner? Win up to $1,000,000 in One Spin at CryptoSlots