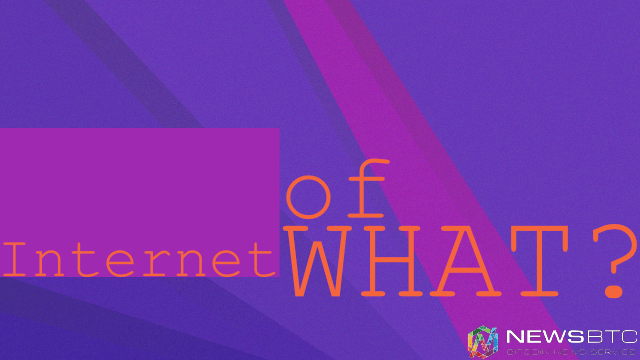 Antonopoulos and Uphold Get into a Spat over Trademarked Saying

Other than the ongoing Bitcoin block size debate, there are other topics being discussed on social media which relate to digital currency and blockchain technology. The topic of  one particular discussion comes in the form of Andreas M. Antonopoulos using the term “internet of money” to describe Bitcoin, a sentence for which a trademark request has been filed back in 2015. Uphold is also involved in this story, considering the trademark application belongs to them. What is the world coming to when people start patenting pretty common sayings?

When looking over the Twitter conversations taking place these past few weeks, there seems to be a war of words going on between Andreas M. Antonopoulos and Uphold. Most people active in the world of Bitcoin and digital currency will be well aware of how Uphold was known as BitReserve until very recently.

Things started off when Antonopoulos publicly challenged Anthony Watson – the CEO of Uphold – to sue him for using the term “Internet of Money”. Not that there is anything wrong with that on paper, although a trademark filing was submitted for this term by Uphold Global Foundation Corporation back on September 10th 2015. However, it is equally important to note the trademark has been published for opposition on February 2, 2016.

Antonopoulos pointed out how the trademark sentence ‘Internet of Money” can be opposed, and the argument about this issue was picked up by a certain Bitcoin media outlet. After the article was published by them – and later on retracted – even more, drama ensued on Twitter. Anthony Watson never said he was planning to use Antonopoulos over the trademark, although he did mention on Twitter he was “going to speak to the lawyers” about the taunt to use Antonopoulos over his continued usage of “Internet of Money.”

In the end, this whole story comes down to whether or not anyone should patent a saying used by many people throughout the years. “Internet of Money” is a term that has come up in various discussions throughout the years, and none of this drama was ever associated with somebody bringing it up.

Particularly in the world of digital currency and blockchain technology, there should be no need to patent anything. This community is all about open sourcing projects and code, making them available to anyone and everyone. The last thing this community needs is people trying to patent just about anything they can get their hands on, which would hamper growth in this disruptive industry.

Tags: Andreas M AntonopoulosAnthony WatsonInternet of moneyNewspatenttrademarkUphold
TweetShare
BitStarz Player Lands $2,459,124 Record Win! Could you be next big winner? Win up to $1,000,000 in One Spin at CryptoSlots