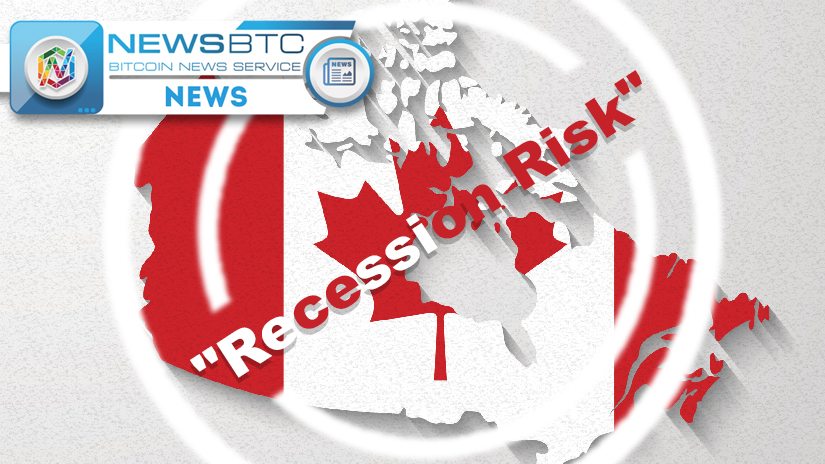 Recession can affect any country in the world. Although some countries show signs of financial recovery, Canada is not among them. The new report by the bank of International Settlements feels Canada is prone to a recession in the coming months. These findings are not entirely surprising, as the country’s real estate market bubble will burst soon.

Canada’s economy is on the brink of unraveling, by the look of things. The national real estate market has entered a bubble stage, which can burst any time now. Moreover, other parts of the economy see a similar bubble trend as we speak. It is evident bad things are bound to happen sooner rather than later. This may also explain why Canadians show an increasing demand for bitcoin and cryptocurrency as of late.

The Bank of International Settlements released a new quarterly report that does not bode well for Canada. With the national debt-to-GDP ratio growing larger every quarter, economic trouble is looming on the horizon. Although this metric is not the most reliable factor to predict a financial situation several months from now, it does indicate trouble is ahead.

The real estate bubble in Canada is of great concern, especially for the central bank of Canada. A lot of foreign speculation on Canadian real estate has caused prices to be kept artificially high. However, it is unclear if anyone will actually live in this real estate moving forward. It appears investors just buy property for the sake of it, which will expose the real estate market to volatility moving forward.  Investors will look for new opportunities, which results in selling off their existing portfolio. When prices start to come down in Canada, it could trigger an entire landslide for the real estate industry.

Speculative credit is often seen as a blessing, yet it is a curse in disguise. The vast majority of consumer debt held by Canadians is locked up in mortgages. A growing amount of “debt binges” will virtually always result in a proportional recession. A downward trend will not be established in 2017, although 2018 could be a dire year for the Canadian economy.

It is impossible to predict what the future holds for Canada. A recession seems to be the most likely outcome, which could send the economy in a sharp downward spiral. It will be interesting to see if Canadians continue to show an increasing appetite for bitcoin in the future. Hedging against whatever the future may hold is of the utmost importance in the face of a recession.

Get 110 USDT Futures Bonus for FREE!
Tags: canadaNewsreal estaterecession
TweetShare
BitStarz Player Lands $2,459,124 Record Win! Could you be next big winner? Win up to $1,000,000 in One Spin at CryptoSlots