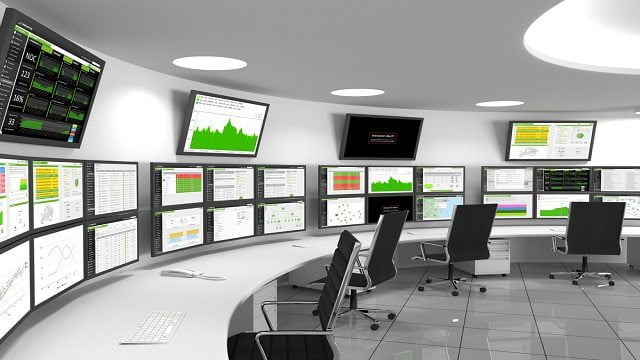 Bank of England Set to Launch its “Centralized” Bitcoin Clone

There is a growing interest in distributed ledger technology and digital currencies by central banks and other financial institutions all over the world. The Bank of England is looking to issue their very own digital currency – called RScoin – shortly, and has asked a team of researchers to make it happen. Centralized versions of Bitcoin are on the horizon, it seems, but can such a concept be even remotely successful?

For many years now, banks and other major financial players have been opposing the idea of Bitcoin and digital currency, because it was “too dangerous for consumers to get involved in”. However, that stance changed over a year ago, when these same parties started taking a keen interest in private blockchains to enhance their infrastructure. By the look of things, some banks want to take matters one step further and issue their centralized version of Bitcoin.

Whether this means central banks are now trying to ride on the popularity coattails of Bitcoin, remains unknown at this point. But after being very vocal about the negative aspects of digital currency for so long, it is quite telling they want to introduce their very own form of Bitcoin at this time. But there is a significant difference between Bitcoin as people know it, and what Bank of England wants to achieve.

Centralizing digital currency is an interesting approach, but there are a lot of questions regarding its viability. There are a lot of benefits to using digital currency and distributed ledgers, though, as it would make retail payments more efficient and strengthen the financial system in general. Moreover, transactions will become far less costly between banks as well.

RScoin, as this initiative is called, creates a form of digital cash that cannot be tampered with or counterfeited. Originally designed by two researchers at University College London, the system works very similar to Bitcoin but provides a lot more centralized control. The Bank of England would be the sole party controlling this distributed ledger, and they can control the money supply as well.

Unlike Bitcoin, where the money supply has been set ins tone at 21 million, Bank of England could issue an unlimited amount of RScoin if they wanted to. This creates the same scenario as what has caused the financial crisis of 2007, as there is an unlimited supply of paper money in circulation. Whether it is in digital or physical form, centralized monetary systems are not a good idea.

Processing all of the RScoin transactions – a process completed by computational power in the Bitcoin ecosystem – would be done by “select third-parties”. That role could be filled by large commercial banks, and allow the RScoin system to handle a very high amount of transactions per second.

RScoin Should Never Be Compared to Bitcoin

Despite all of the promises RScoin may hold for the Bank of England, this concept is a far cry from Bitcoin in every possible way. Centralization, unlimited monetary supply, and the same “inner circle” of people put in control over consumer funds is not solving any of the matters plaguing the financial industry right now.

Bitcoin is a decentralized digital currency, accessible to everyone in the world regardless of existing financial access or bank allegiances. A free market model will always trump centralized power although it will take many years until the general public sees things this way. RScoin is not the answer to financial problems, albeit it might streamline a few things. But in the end, the core issues with finance will remain present: the power is in the hands of a select few.

Tags: Bank of EnglandbitcoinCentralizeddecentralizeddigital currencydistributed ledgerNewsRScoin
Tweet123Share196ShareSend
BitStarz Player Lands $2,459,124 Record Win! Could you be next big winner? Win up to $1,000,000 in One Spin at CryptoSlots