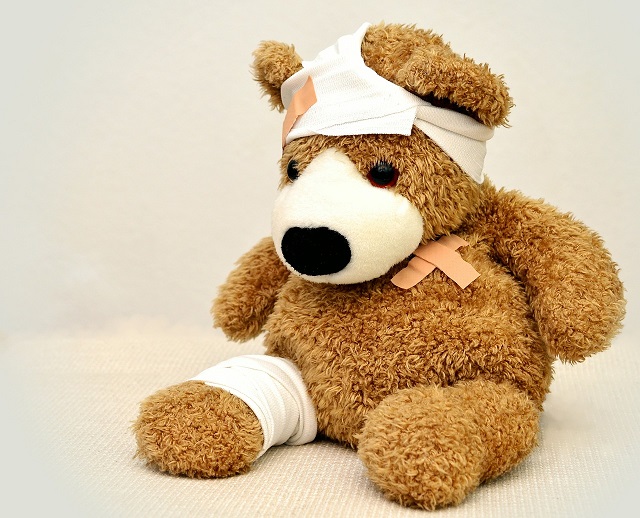 This is the weirdest bear market to date. It seems like most people were prepared for it, even though the death spirals and Chapter 11 bankruptcies that started it came out of nowhere. In any case, every coin is in the red. The market should be in a state of fear, uncertainty, and doubt. That is certainly not the case for the two leading cryptocurrencies. The circumstances might be different for each one, but both markets show signs of unwavering conviction.

Related Reading: 62% Of Addresses Keep Their Bitcoin Holdings For Over A Year In Bear

Long-time holders of bitcoin and ethereum seem to be laughing in the bear market ’s face. In the latest edition of The Wolf Den, the author uses Glassnode and Intotheblock’s data to show us how this is true.

The Bear Market Vs. Bitcoin

“On-chain evidence from Glassnode suggests that there has been no meaningful reduction in the conviction of long term believers,” the newsletter states. To prove this, The Wolf Den looks at the “Dormancy Metric.” The number that “tracks the average age of every Bitcoin that moves, determined by when it was mined. One of the ways to gauge the sentiment of long-term holders is to asses the average age of coins moving around the market.”

As attentive readers might suspect, the coins that are “moving around the market” are extremely young. In fact, their age “is at multi-year lows. The dormancy value is very low.” This is consistent with previous bear markets, in which dormancy values tend to be low. The newsletter quotes analysis from Glassnode:

“The decline in lifespan metrics actually bodes well for the longer-term, as it indicates old coins are stationary, and declining prices have little psychological impact on this cohort’s conviction.”

So, everything looks where it’s supposed to be if we focus on the big picture. A healthy habit during bear markets. The Ethereum Merge Is Upon Us

For this section, The Wolf Den used data from IntoTheBlock. Before getting into it, the author clarified the sequence of events that compose the mythical “merge”. First of all, on September 6th, “the Bellatrix upgrade happens on the Beacon chain”. Then, between September 10th and 20th, “the official transition from Proof-of-Work (PoW) to Proof-of-Stake (PoS) will occur”. The Ethereum Foundation estimates that the merge will happen on September 15th.

To evaluate the Ethereum network’s state during this bear market, The Wolf Den looked into “netflows onto centralized exchanges”. Overall, more ETH is leaving the exchanges than entering, which is bullish. It tends to mean people are not looking to sell their assets. However, with the merge looming and the bear market among us, it could have other meanings.

On the one hand, people might be “bullish on the merge as users believe that the merge will happen successfully and are loading up on ETH for potential price action.” On the other, they might be anticipating the possible ETH Proof-Of-Work hard fork. If that happens, “all ETH being held in wallets can claim ETHW at a 1:1 ratio, traders might be preparing themselves to claim the most ETHW possible.”

Another curiosity about the bear market’s current state is this. Lately “the average inflow transaction size is generally larger than its outflow counterpart”. According to The Wolf Den, that’s not a problem because “netflows onto centralized exchanges” are low. And that’s a stronger indicator. However, those large inflow transactions might suggest something that makes sense. “Larger traders and institutional investors are more skeptical about the success of the merge”.

In any case, long-time bitcoin and ethereum holders show unwavering conviction despite the bear market’s conditions. For different reasons altogether.