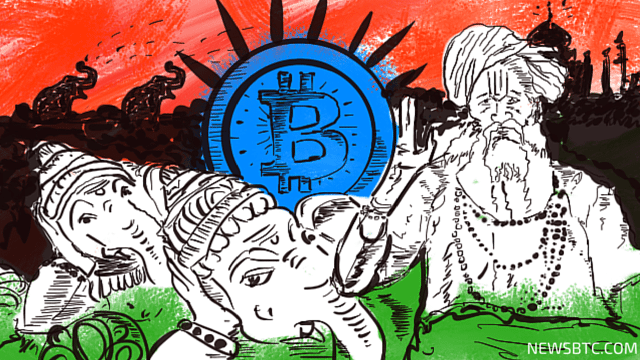 Benson Samuel from Coinsecure Speaks about the BTC Landscape in India

India’s Bitcoin Industry is growing at a full pace. As the second most populated country in the world, India is now one of the biggest cryptocurrency consumer industries around the globe. The country financial landscape is teeming with business opportunities and many entrepreneurs are becoming aware of the incredible potential this new technology has to offer.

With the rising interest in the bitcoin technology, along came a big wave of funding and investment made into the crypto Industry. A lot of startups have been opening its doors and up until now the government and the country banks have had a friendly approach to this recent phenomenon.

Companies like Coinsecure, Zebpay, Unocoin and many others have been trying to raise bitcoin awareness; by focusing on bringing this new technology to schools, colleges and other industries, these companies are aiming to educate and inform people about digital currency across the country.

These bitcoin industry actors are connecting the country to this new technology, and finding new solutions to enable the common masses to come on-board Bitcoin and on spreading further awareness and to reduce barriers that are an impediment for Bitcoin’s progress in India.

In order to learn more about how digital currency is conquering the financial landscape in India and to know some more on the country’s current crypto panorama, NewsBTC had a chat with Benson Samuel, founder and CTO of Coinsecure, one of the oldest and most prominent bitcoin companies in India.

NewsBTC – Coinsecure works pretty much like Coinbase, and is one of the leading exchanges in India. What can you tell us about Coinsecure?

Benson – Coinsecure is an algorithmic trading platform, and a Bitcoin Wallet. We have spent a lot of time and emphasis on functionality, ease of use and security for all our users. We are a fast growing service and have been watching and working on India’s growing Bitcoin demands.

What can you tell us about the options Coinsecure provides?

We provide the most fluid and transparent Bitcoin Exchange in India. We are a peer to peer exchange, so our users discover their favored prices and execute their trades. Our Onchain wallet, is a hybrid system that uses accounts and addresses to help manage and store users Bitcoins for easy spending. We also have a comprehensive API, that literally allows others to build their own trading platforms, apart from several other features. We have 2 applications scheduled to launch for the Android Platform over the next few weeks which will enable users to access our wallet and exchange services from a native application rather than the web.

What can you tell us about the cryptocurrency ecosystem in the country?

The Ecosystem is in a quickened build up phase at the moment, Lots of recent positive events, such as the RBI positive note about Blockchain usage as well as the Zebpay funding, show that India is very involved with Bitcoin.

India is one of the countries where bitcoin is growing at a fast pace. What can you tell us about adoption in India?

It has been a bit slower than other countries though, but we are hoping to see adoption increase as merchants get onboard the system and start witnessing the power of Bitcoin. The numbers below should definitely give you a picture of the growth speed and prospect of Bitcoin in India:

With all this industry activity what has been the government reaction?

The government issued a cautionary note in 2013, post which, there has been little or no word from them in an official capacity. As advised by Nishith Desai Associates, most Bitcoin companies in India do follow strict KYC norms and ensure sufficient self-regulation to ensure growth and scalability.

A lot of digital currency-related business have been popping up in the country. What have been the major issues new companies have been facing regarding regulation?

Regulations have been better defined and allocated in recent times, We have noticed several new licenses coming in to enable payment banks, apart from others. These allow for a better entry into the Indian Payment Industry. The cost prohibitive nature of these licenses is a bit of a showstopper for a lot of the players who wish to get into the field.

Do you see a bright future for the digital currency in India? Will it have a great social impact?

Absolutely! Even the RBI Governer had mentioned the benefits of Digital currencies and the importance of the role that they will occupy in India. Most importantly, the large population of India and the need for redistributing currencies can be streamlined a lot more when digital currencies start to become the norm.

We would like to hear your view on the future of digital currency and the blockchain technology.

The future does lie in mass adoption and usage of digital currencies. There is still a long way to go before confidence can be invested by users. Blockchain technology is on the rise, either a fancy or a simple implementation, some of the largest names are looking into the integration of private Blockchains to simplify, and enable better transparency within their entities.