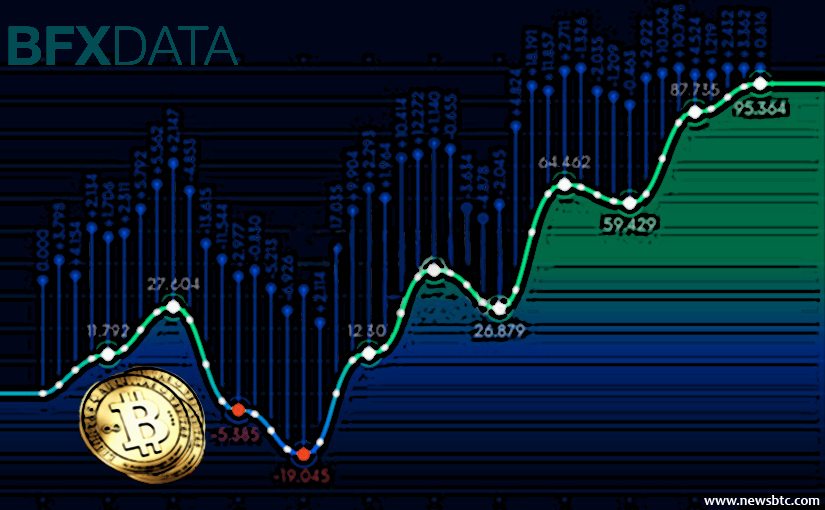 A lot of people are keeping a close eye on the Bitcoin price right now. That is not entirely surprising whatsoever. With the recent price momentum, there is good money to be made. According to BFXData, however, there are far more short positions compared to longs. That is somewhat strange, although a Bitcoin price retrace is only a matter of time right now.

Speculation is a second nature in the world of Bitcoin and cryptocurrency. Especially where Bitcoin is concerned, volatility is all too common. This allows people to effectively open margin trading positions on Bitcoin. Those who predict these waves correctly make a lot of money without ever touching Bitcoin itself. There are quite a few people who effectively partake in this type of activity, which is no real surprise. However, it seems there is little positive momentum on BFXData right now.

No one knows exactly why this is happening right now. It is true the Bitcoin price has struggled a bit as of late. However, the overall trend for 2017 is still perfectly intact. Even this past week alone, we have seen some major gains. A few dips along the way are to be expected, that much is rather evident. BFXData shows how there is a decent amount of Bitcoin/USD volume every single day. These charts are pretty decent as well, since there is nothing out of the ordinary there.

That being said, the margin trading charts paint a very different picture right now.  With almost twice as many short compared to long positions, things look rather interesting. This seems to indicate a lot of people expect another big Bitcoin dip coming soon. Whether or not they are right in that assumption, remains to be determined. There are plenty of “experts” who claim the price will surpass $8,000 soon. BFXData certainly disagrees in this regard, but that isn’t entirely abnormal either.

All things considered, the Bitcoin price can go either way. This is always the case, but the SegWit2x hard fork is coming closer. It is highly likely we will see a massive Bitcoin dip when that occurs. At the same time, there is no real reason for anyone to sell their BTC at that point. It all depends on which chain will get the most mining support. Right now, there is no clear indication who will come out on top. An interesting situation for margin traders, that much is certain.