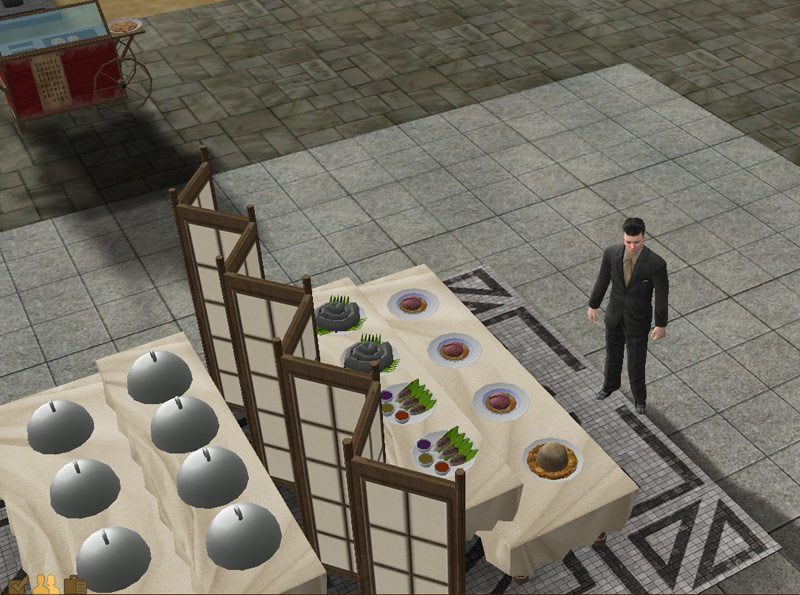 It is not everyday Chinese cuisine yield Bitcoin rewards.

Dragons.tl, the popular MMORPG casino platform known for its creative games and ambience, offers yet another unique game to win big Bitcoin rewards.

The Eight Treasures of Chinese Cuisine is a game offered by the aforementioned Bitcoin casino platform, where you can bid as high as you dare. It is a Liar’s Poker-inspired skill based game. In it, menus consisting of eight dishes are used, which can easily be bought or sold, whatever may be the case, at nearby Food Carts.

Each player is to have a menu in his/her inventory before playing the game. One can easily buy 4 new menus from the nearby Food Carts. Each menu has a name or a number. And once made, the menu will have the same dishes throughout the game.

The game being Liar’s Poker- inspired, consists of two players standing on the opposite sides of the table and selecting each other to challenge. Each player selects a menu, determining the dishes that a player will have. Following which, the bidding ensues.

A player has to keep on bidding higher than the previous bid, or deny. If the player thinks that his/her opponent is bluffing, he/she can ‘deny’ the bid. The two sides of the table are revealed once a player decides to deny, and the game ends.

Winner is selected on the basis of the truth of the denied bid. The person who denied loses if the bid was true. The player also loses his/her menu along with the game.

The Eight Treasures of Chinese Cuisine is a creative take on the classic Liar’s – poker. People interested in playing skill based games definitely should give it a go as it is not just entertaining but also provides a possibility of earning Bitcoinrewards.

Tags: bitcoinbitcoin casinoBitcoin NewsDragon's Taledragons.tlGames
TweetShare
BitStarz Player Lands $2,459,124 Record Win! Could you be next big winner? Win up to $1,000,000 in One Spin at CryptoSlots