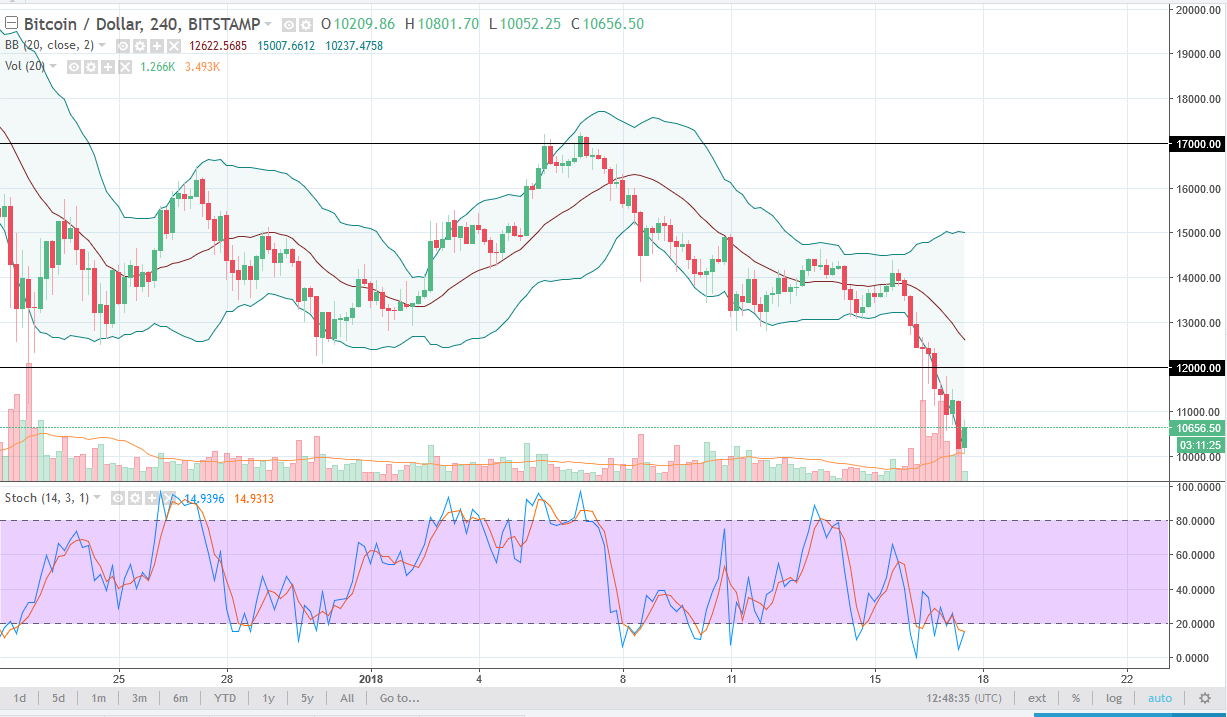 Bitcoin markets fell again during the trading session on Wednesday, as we have cleared the $12,000 level, and even reached towards the $10,000 level. Obviously, $10,000 is going to attract a lot of attention, not only because of the large round number, but also because of the significant 50% Fibonacci retracement level being touched. We have already reached that level, the question is whether we can sustain it? At this point, I think that rallies are to be sold.