Bitcoin to Be the National Currency of Atlantis, Really 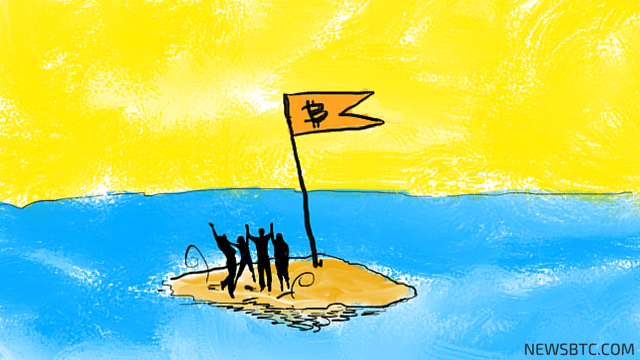 Pontinha—the smallest country in the world, off the shore of Madeira, Portugal—officially recognized Bitcoin as its national currency earlier this week through an announcement by its Prime Minister Joby Weeks.

Pontinha is a small island off the shore of Madeira. The island hosts an old Templar Fort that used to belong to the king of Portugal over 100 years ago. Before the fall of the monarchy, he sold the island to a British family of Templar lineage, who held the island in trust for over a century. The British family in turn sold it to a Portuguese art teacher who now goes by the name of Prince D. Renato Barros.

There are four citizens: me, my wife, my son and my daughter,” he told The Guardian in 2014.

Well, this week Pontinha—soon to be renamed Atlantis—made Bitcoin its national currency, according to Prime Minister Joby Weeks, setting the stage for many developments to come in the transformation of this historic port into the anchor of an international, libertarian potential citizenry. In an interview with DisrupTek.info, Weeks shared the tale of Atlantis, how it came to his attention and, what lays ahead for the young country.

Among the potential of this sovereign state is the possibility of setting up a banking branch and anchor to corporations that can legally represent cryptocurrency-fueled companies across the world and cyberspace. Weeks also suggested the possibility of an e-passport as discussed with Susanne Tarkowski of BitNation and an e-residency, following in the footsteps of Estonia.

On top of that, Weeks wants to establish an Ambassador Club and campaign such that citizens of Atlantis can have contacts all over the world. A prerequisite to be an Atlantis Ambassador is to have a spare room for other visitors and Ambassadors to stay at on occasion, building a kind of AirBnb for its own citizens.

To learn more about the tale of Atlantis, check out DisrupTek’s interview with Joby Weeks, or contact Weeks on Facebook.