Fronting transparency and trustlessness devoid of intermediaries, Bitcoin is a success. With ultra-high security, the network is robust. Therefore, despite recent blips, BTC is fundamentally bullish. Traders ought to fine-tune entries in smaller time frames as it appears that prices may slip to $9,500 in days ahead.

Cryptocurrencies, as we know, are here to stay. In a race favoring the fittest, Bitcoin has been battled tested, and as such, is likely to easily weather future storms. It did so in the past and is ready to quash any resistance in the months ahead, barring that the community gets more divided that is.

After all, Bitcoin is but a child. The world’s most valuable asset is 11 years old. Within this short time, it has caused jitters in the world’s financial system. To its proponents, Bitcoin is an avantgarde asset that is poised to disrupt the status quo. Its technology, they argue, will underpin the decentralized global economy thanks to its systemic stability.

Even so, there are concerns. Bitcoin is a necessary product, borne with the express purpose of making the world more transparent. Imperiled economies suffering from hyperinflation found refuge in Bitcoin and so do those under pressure from external forces as economic sanctions.

Nonetheless, critics are of the view that transparency and trust are missing pillars that are currently missing. Inherently transparent, funds are wary of transacting.

Meanwhile, USDT is emerging to be a tool for market manipulators. Plagued by scandals, Bitfinex, and USDT issuers are under the same parent company. Critics now say USDT is used to manipulate BTC prices, linking price volatility of the last few weeks with the USDT minting. 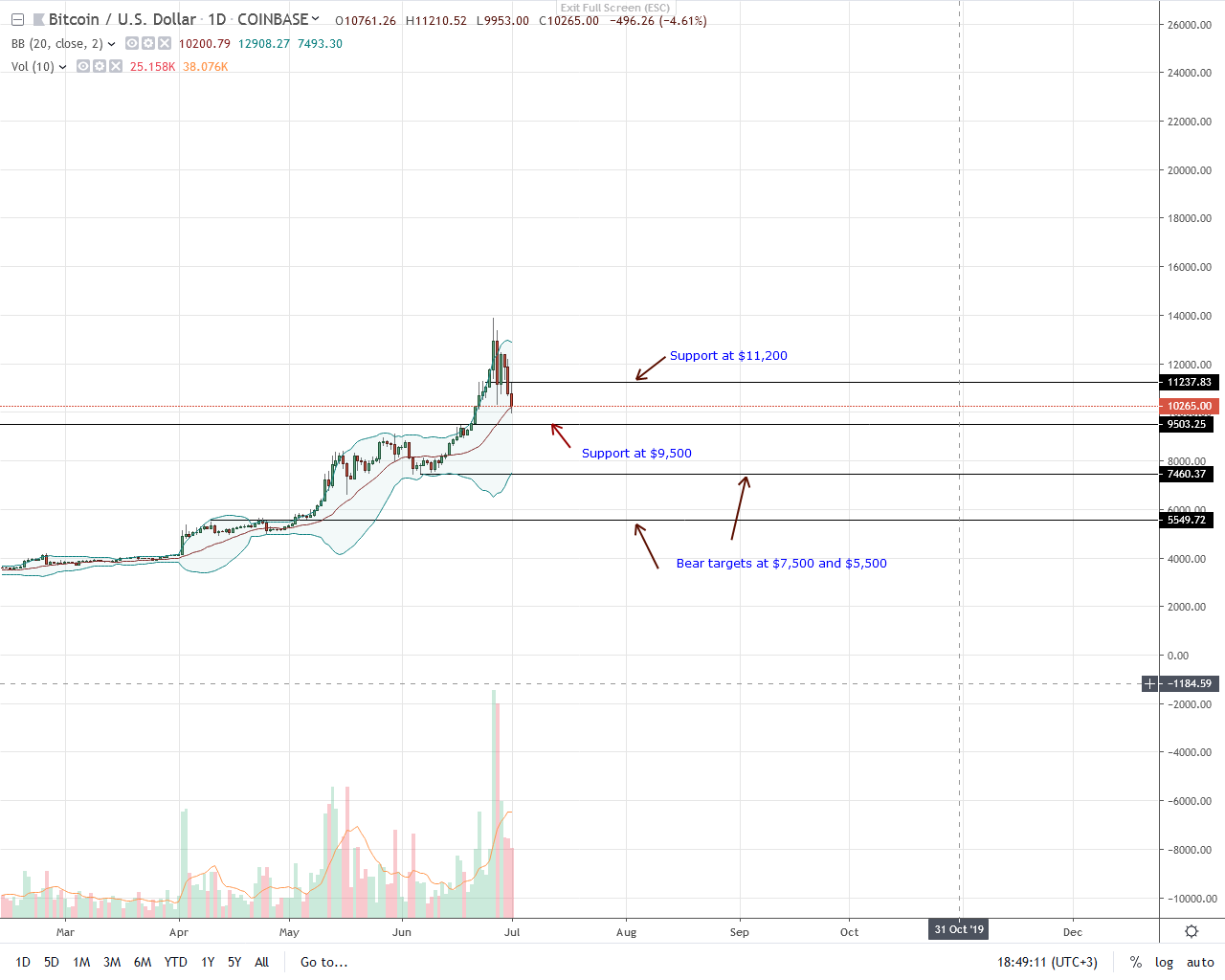 Noticeably, despite attempts of bulls to shore prices, bears are pressing lower. As such, the double bar bear reversal pattern is valid thanks to the confirmation of June 30. Because of this, risk-off traders can short BTC on every pull back with a modest target of $9,500.

In line with this projection, June 26 candlestick leads this trade plan. Any confirmation of June 27 losses ought to be with high trading volumes exceeding 82k in a correction of June 26 over-pricing. Similarly, a sharp spike lifting prices to over $14,000 must be with equal or better participation unequivocally confirming bears of Q2 2019.