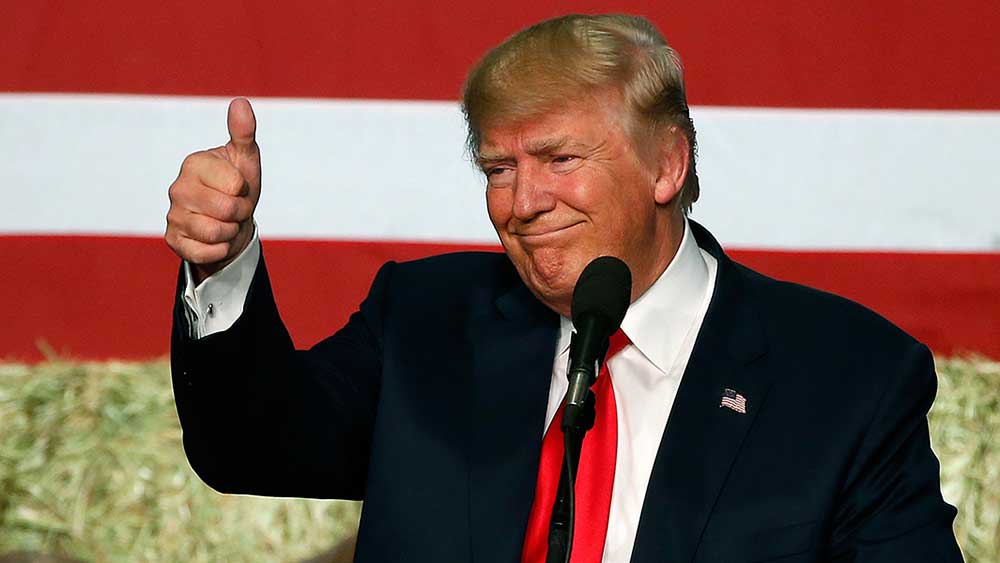 The UK-based Bitcoin company posted over $12 million dollars-worth of trading on the platform, during the month of November. The previous record was of trading worth of $2.1 million dollars, set in February, 2016, on the site.

Marcie Terman, the Founding Director of First Global Credit believes Donald Trump’s win in the US election to be a major influence on the steep increase in the number of new deposits, and the increase in the size of trades being executed on the platform.

The conjectures of a hike in Bitcoin denomination with Trump’s win started way before the results of the elections were even out. There were wild speculations of Trump’s projected image of Washington outsider leading to an air of uncertainty, upon his election as the US President. These talks followed on close heels of Brexit. UK’s decision to exit the European Union had already spurred uncertainty causing a $100 increase in the price of bitcoin over just one trading session.

These speculations were confirmed to be true as Bitcoin jumped to an overnight high of $738 after Donald Trump’s election victory. Proving yet again that bitcoin is a safe haven in the times of market volatility.

The bitcoin shares already saw a hike of 75% in 2016. The cryptocurrency is poised to only surge further in 2017 due to Trump’s plan to increase infrastructure spending alongside further rate hikes from the Federal Reserve, which will cause the already surging dollar to reach an all time high; forcing the emerging markets to look for an alternative.

Terman further accounts the old traders returning to take advantage of the profit opportunities in the market, as a cause of significant increase in volume of trading on the site. She also adds that the number of traders verifying live accounts has also increased 25% over October and November. Bitcoin traders are now looking critically at the exchanges they choose to work with.

So, while a volatile market is causing a sharp increase in customer accounts on cryptocurrency exchanges, the traders are also treading with caution. More serious questions are being asked before traders are willing to deposit actual funds in an account. There is reluctance on the part of the traders in working with exchanges that that don’t publish their management details or ones that choose to domicile in questionable jurisdictions. There is a common consensus that the exchanges avoiding transparency, do so in a bid to be able to disappear without reprisal if any problem crops up.

First Global Credit, known to be among the only finance companies that is bridging the gap between the opportunities existing in the mainstream markets and digital currency holders, company provides services that accept bitcoin as a valuable asset that can be used to generate a return from mainstream capital markets.

The company has seen a surge in the size of its customer accounts due to its transparent policies. Terman believes it to be an exciting time to be involved in a bitcoin capital market company.

First Global moved the service onto a new bank grade trading platform in July of 2016. There has been a 30% increase in the number of markets available to trade on the platform, over the last twelve months. New markets, new customers and old ones returning to the site have caused a jump of 600% in revenue for 2016 to date.

“As the price of bitcoin rises people become more committed about retaining their position in the cryptocurrency. This means there is less interest in trading in and out of bitcoin and a more serious search for ways to make the currency productive while holding onto a bitcoin position to reap the anticipated benefits from upward surges in currency value.” says Marcie Terman on Bitcoin’s rise while charting a volatile market.

Tags: bitcoinbitcoin margin tradingBitcoin NewsFirst Global CreditNewstrading
TweetShare
BitStarz Player Lands $2,459,124 Record Win! Could you be next big winner? Win up to $1,000,000 in One Spin at CryptoSlots