Bitcoin Closed Q4 in Losses; Two Major Catalysts For a Rally in Q1/2020 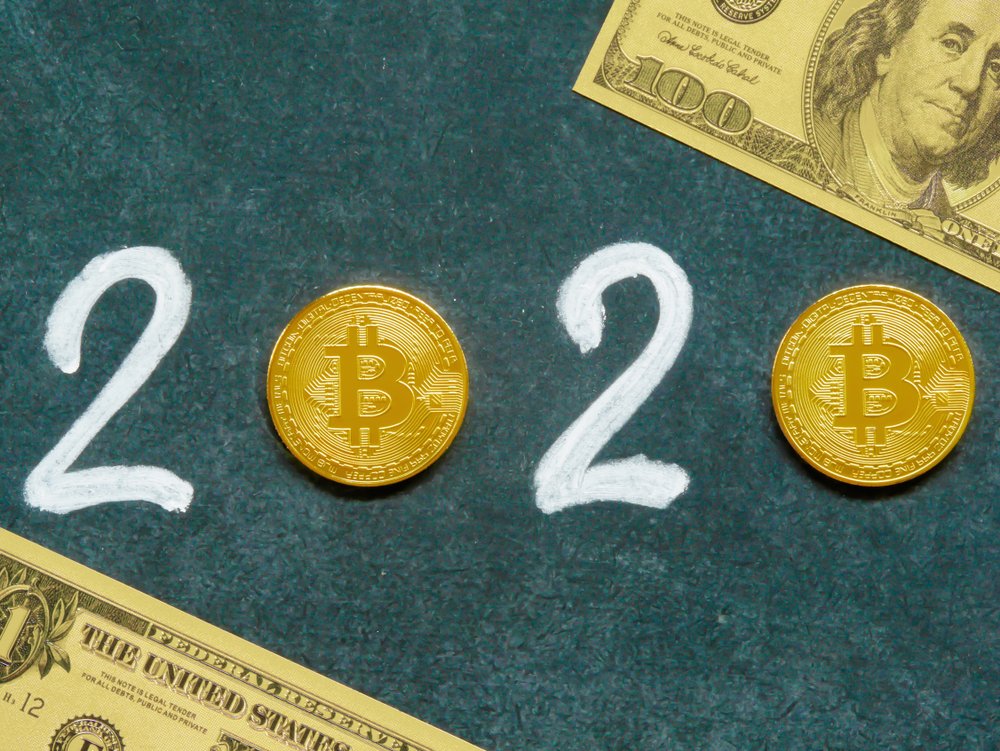 The benchmark cryptocurrency is down by circa 21.5 percent on a quarter-to-date basis. The move downhill has extended its half-yearly losses to 33.35 percent.

Nevertheless, exponential gains during the first two quarters have kept bitcoin inside positive territory. From January 1 until the time of this writing, the cryptocurrency has gone up by more than 95 percent. The long-term performance is keeping the market’s interest in the asset alive.

Part of the reason is bitcoin’s ability to hold on to certain technical support levels during December 2019. In more than two instances, the $6,400-6,500 range has rejected bears’ strong downside attempts. Each time bitcoin tested the range, it got pulled back to the north by bulls.

$BTC – I’ve talked about this “golden Zone” support several times as it continues to hold, the more meaningful level to get back above is the 55% level $8K area to regain that Fib support. Closing below this zone and 78.6 next meaningfull area of price and Fib support…#bitcoin pic.twitter.com/TZvSgNdtrh

Away from the technical barriers, the Q1/2020 is also important in terms of various macroeconomical events. For instance, US President Donald Trump announced today that he is going to sign the “phase one deal” with China on January 15.

I will be signing our very large and comprehensive Phase One Trade Deal with China on January 15. The ceremony will take place at the White House. High level representatives of China will be present. At a later date I will be going to Beijing where talks will begin on Phase Two!

Historically, a positive step to end the US-China trade war has prompted investors to park their capital in stock markets. Such a migration minimizes investors’ appetite for hedging assets. Bitcoin, which served as a safe-haven instrument during the heights of the trade war in May, is likely to fall towards $6,000-6,500 area following/around the mini-deal agreement.

Social media argues that a drop towards $6,000 would make bitcoin attractive for reaccumulation. With top market analysts treating the phase one deal as uninfluential, its likely investors would move some of their capital back in hedging markets.

“A comprehensive China/U.S. deal is a long way off, as far off as last year’s bitcoin lows,” wrote Clem Chambers, CEO of private investors website ADVFN.com. “So there is still no guessing exactly what will happen next in the trade conflict and hence the short term price of bitcoin.”

The upside sentiment in bitcoin markets is likely to go up at the end of Q1/2020. The so-called accumulation phase could boost price towards $8,000 owing to speculation towards May 2020 halving.

In the said month, the supply rate of bitcoin would reduce from 12.5 BTC to 6.25 BTC. Analysts believe it would make the cryptocurrency scarcer. With a 99.6 percent success rate of an upside price rally after halving, bitcoin has a better probability of registering new highs by the end of 2020.

The event is receiving adequate media attention from mainstream outlets like Bloomberg, WSJ, and Financial Times. While every report doubt that an average Wall Street investors would speculate on bitcoin’s halving, they don’t deny that the cryptocurrency has become more mainstream following its exponential price rally in 2019.

“If you think about the wealth of this country, it’s in the hands of 50- to 80-year-olds, not 20- to 30-year-olds,” said Mike Novogratz, CEO of Galaxy Digital Holdings, to WSJ. “We haven’t had this group participate in a big way yet.”