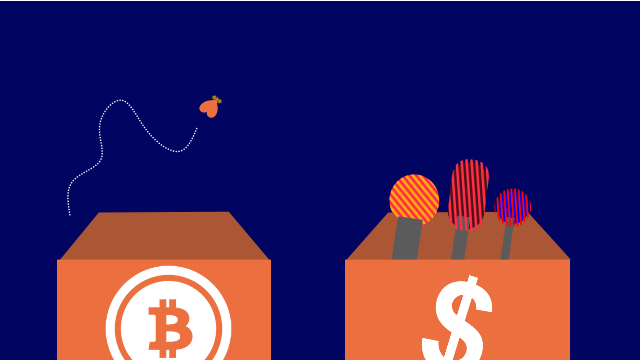 Bitcoin Does Not Fit The Hidden Agenda Of Mainstream Media

Mainstream media has never been keen on Bitcoin and digital currency unless they were able to spread misconceptions or create negative press that was based on speculation. The popular digital currency has seen various iterations of attacks by mainstream media throughout the years, but journalists are quickly running out of ammunition. If these same writers decided to learn about Bitcoin, rather than spreading rumours and half-truths, things would look very different today.

Don’t Believe Everything The Media Tells You

One golden rule of thumb to remember at all times is never to believe everything you read, hear or see. This phrase is valid for mainstream media, the Internet, and even real-life occurrences. There are plenty of people in the world who have a hidden agenda, and they will do everything they can to discredit certain things to their own advantage.

Even though mainstream media outlets earn good money by spreading the news to the general population, not all of their news is based on research, facts, or truths. After all, negative news will sell more papers or online subscriptions whereas positive news is read once and then forgotten about. As humans, we like to hear about catastrophes to make our own lives seem less dull and insignificant.

Bitcoin coverage is a prime example of how mainstream media decides to write things up about a concept they don’t even properly understand. Reiterating the same handful of facts will not lend their stories any more credibility, as it could very well have an adverse effect in the long run. Bitcoin is not backed by central banks or governments, but that doesn’t make it more or less of a risk than any other form of payment or currency the world has ever used.

Speaking of the currency side of things, roughly one in three mainstream media articles one might read on Bitcoin will mention the price rise and crash of 2013. Even though journalists feel this was a major event in the history of Bitcoin, the digital currency community had moved past this point a long time ago. It was an unnatural growth, which leads to a logical decline in value. It’s not like people have seen this scenario play out with stock markets, or have they?

However, talking about the Bitcoin price crash of 2013 is no longer attracting enough eyeballs, and mainstream media has to resort to different tactics. While Bitcoin has been growing in popularity – both on the consumer and business side – there is hardly any media outlet paying any attention to this fact. Instead, they want to spew allegations regarding Bitcoin being used for terrorism funding, even though a recent Europol report stated there is no evidence.

One thing Bitcoin has managed to do is make people more aware of their financial situation, and showcase how much control banks and other institutions have over consumer’s money. In the financial ecosystem we live in today, the best way to control money is by holding it in cash. However, cash payments are not a viable option for most of the bills that need to be paid, forcing consumers to rely on banks.

Unfortunately, these are these same banks who brought the 2007 financial crisis upon the world. Thanks to their mismanagement of consumer funds, bad investment calls, and simply being too powerful, the crisis could not be averted. For those among us who think the banks have learned their lesson, you might want to rethink that statement, as nothing has changed in the past eight and a half years.

Mainstream media outlets have a tendency to ignore these facts, as the number of articles on the financial situation has not changed by much. Granted, TV stations will now present their financial experts in studios, explaining the situation to people. But at the same time, these experts will not tell you the whole story either, as it would clash with their hidden agenda.

Bitcoin puts the end user in full control of their finances at all times, without relying on a third-party service provider such as a bank. This concept may sound scary to a lot of consumers right now, as they are used to handholding by financial institutions. Then again, these institutions appoint experts who will tell us how to manage our funds to suit the bank’s needs. Something is not adding up there, wouldn’t you agree?

Tags: bitcoinBreaking Newsdigital currencyfinanceFinancial ExpertsHidden AgendaMainstream MediamediaOpinion
TweetShare
BitStarz Player Lands $2,459,124 Record Win! Could you be next big winner? Win up to $1,000,000 in One Spin at CryptoSlots