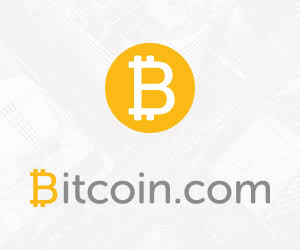 When most people are looking at ways to try and buy them some will inevitably see the downside of virtual currencies and want to shift their stash. Swedish co-founder of Bitcoin.com, Emil Oldenburg, claims that Bitcoin is “as good as useless” and has no future as a tradeable currency.

The website is one of the oldest and most established crypto currency resources which has grown extremely profitable this year with the explosion in popularity of crypto trading. In an interview with Swedish media co-founder and CTO Oldenburg said:

“I would say an investment in bitcoin is right now the riskiest investment you can make. There’s an extremely high risk,”

We would expect this stance from politicians or Wall Street bankers but not from an industry insider. There is a good reason that he has decided to denigrate the digital currency and that is because he has sold all of his Bitcoins and switched to Bitcoin Cash. BCH forked from the original BTC chain in August and has shown steady gains ever since on its own blockchain.

The main reason for this change is high transaction costs and lead times. When the network is under high demand, which has been a few times recently, it can take several hours to carry out a Bitcoin transaction. Some websites have reported that transaction fees have reached as high as $26 recently, which is as much as a regular bank would sting you for an international transfer.

The limited block size on the BTC chain imposes a limit on the number of physical transactions that can be made and this bottleneck makes it a highly illiquid digital currency. People will only realize this risk when they decide to hold or trade them, many are still ‘hodling’ and dreaming about Lambos. According to Oldenburg;

“the old bitcoin network is as good as unusable. As soon as people realize that this is how it works, they will start to sell,”

He went on to refer to the old Bitcoin network being run by “fanatical bitcoin talibans” that want things this way.

“They see bitcoin as a digital gold and a technical experiment, as opposed to something you can actually use.”

Bitcoin Cash has a bigger block size of 8Mb compared to 1Mb on Bitcoin, which leads lower transaction fees and faster transfer times. BCH has recently broken an all-time high of $2,353 and is up 27% in the past 24 hours.