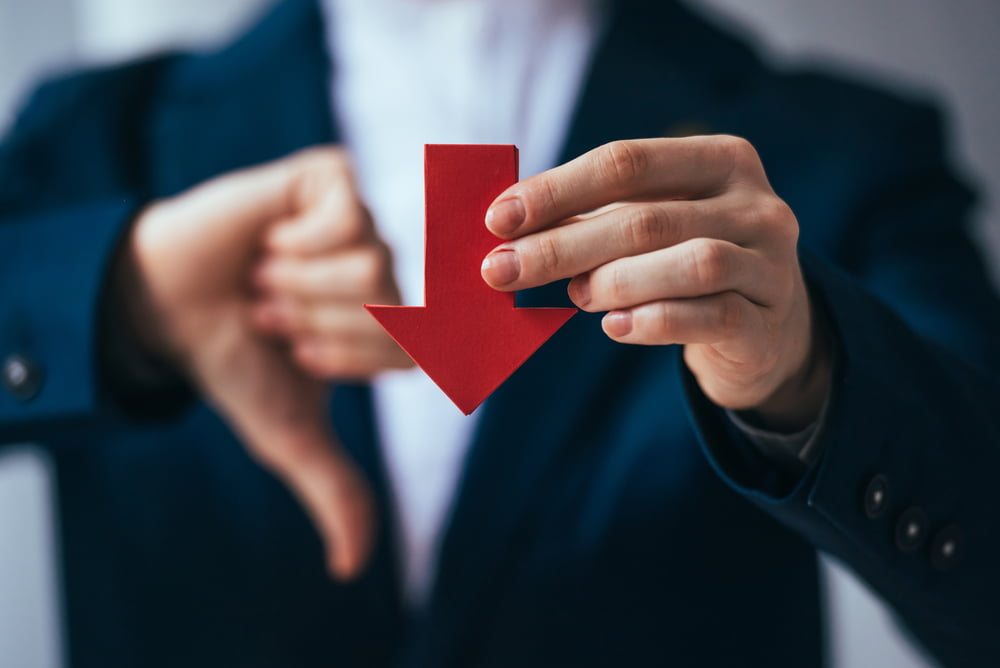 After being unable to stabilize above the important psychological price level of $4,000, Bitcoin has continued to sell-off and is now approaching its 2018 lows. Bitcoin’s latest leg down has led to a widespread market drop that has seen many altcoins drop 3% or more over a 24-hour trading period.

At the time of writing, Bitcoin is trading down 4.65% in 24 hours at its current price of $3,786. Today’s drop was not unexpected, considering that it was unable to stabilize above $4,000, and was slowly pushed into the $3,900 region by the bears.

Despite the markets being incredibly weak presently, they could be nearing another good entry zone for traders looking to profit from a relief rally, and one analyst claims that there is more upside than downside.

“Bitcoin continues flirting with the $4k level as it struggles to find its footing following the latest selloff. But given how far we fell, at this point there is more upside than downside. That said, few things move as far and as fast as cryptocurrencies,” Jani Ziedens of CrackedMarket explained to MarketWatch.

As Bitcoin faces continued downwards pressure, investors will likely look towards Bitcoin’s current 2018 low as the first level of support, which currently exists around $3,600. If this level maintains as support, it ultimately could become a long-term bottom.

Bitcoin’s latest drop has led to a bloodbath in the altcoin markets, with multiple altcoins trading down over 10%.

Bitcoin Cash (BCH) and EOS have both been today’s worst performing altcoins and are trading down 13% and 10.7% respectively.

Bitcoin Cash has set a fresh all-time-low around its current price point of $134 and is currently trading down 80% from its one-month highs of $630, which was set one week prior to its hard fork event that occurred on November 15th.

EOS is currently trading at $2.23, down 61% from its one-month highs of $5.72 which were set in early-November. EOS has been facing controversy surrounding an EOS block producer offering money for votes, negating the decentralized nature of the EOS network.

XRP is currently trading down over 4% at its current price of $0.34, down from its weekly highs of nearly $0.40. XRP has been performing relatively well in the current bear market, and is one of the few altcoins that is trading above its 2018 low.

In August, XRP fell to around $0.25, and ranged near this price for the rest of the month, and is currently trading up approximately 36% from this low. XRP’s good performance, relative to the current markets, has secured its position ahead of Ethereum as the number two cryptocurrency by market capitalization.

As Bitcoin continues moving downwards, investors should watch for how it responds to $3,600, which is likely the first level of support stopping Bitcoin from setting lower lows.

Tags: bitcoinBitcoin Cashbtceosethereumxrp
Tweet123Share196ShareSend
Win up to $1,000,000 in One Spin at CryptoSlots