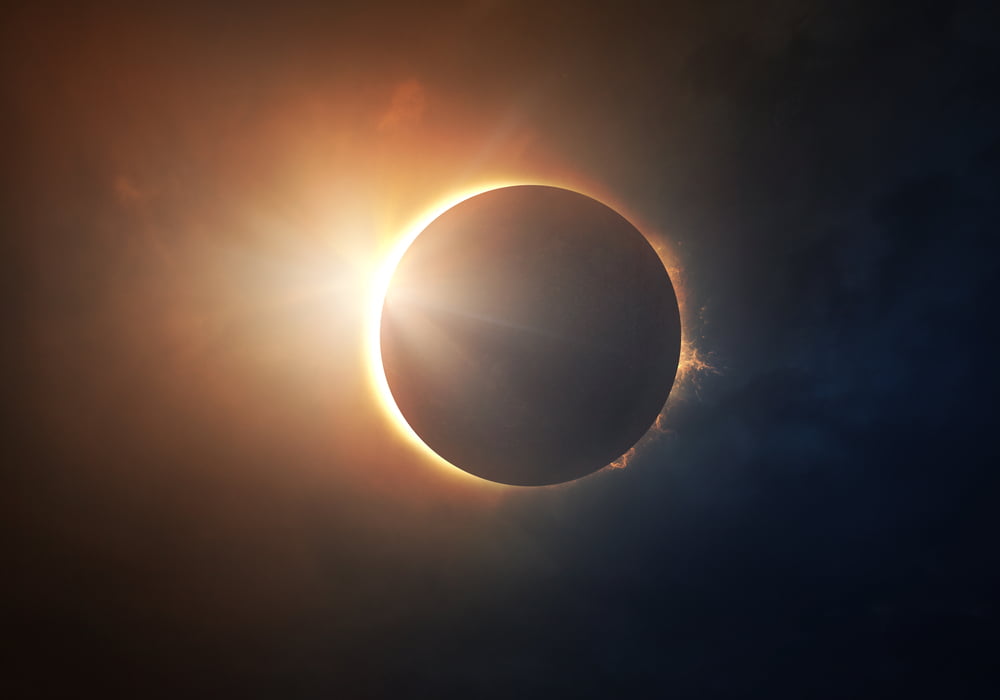 Bitcoin has long been at the forefront of the crypto industry; and it seems with the market’s most recent move downwards, Bitcoin’s dominance over the rest of the market may continue, or at least for a little while longer.

The crypto market dropped by a collective 7% in the past 24 hours, but Bitcoin has been doing better than others. At the time of writing, Bitcoin has currently posted a loss of 5%, while cryptos like Ethereum, XRP, and Litecoin have fallen by over double that percentage figure. However, the three aforementioned altcoins aren’t alone in their double-digit decline, with dozens, if not hundreds of altcoins seeing 24-hour declines that eclipse 10%.

This widespread capitulation in altcoins has led Bitcoin’s dominance figure to surpass 50% for the first time since December’s BTC boom. 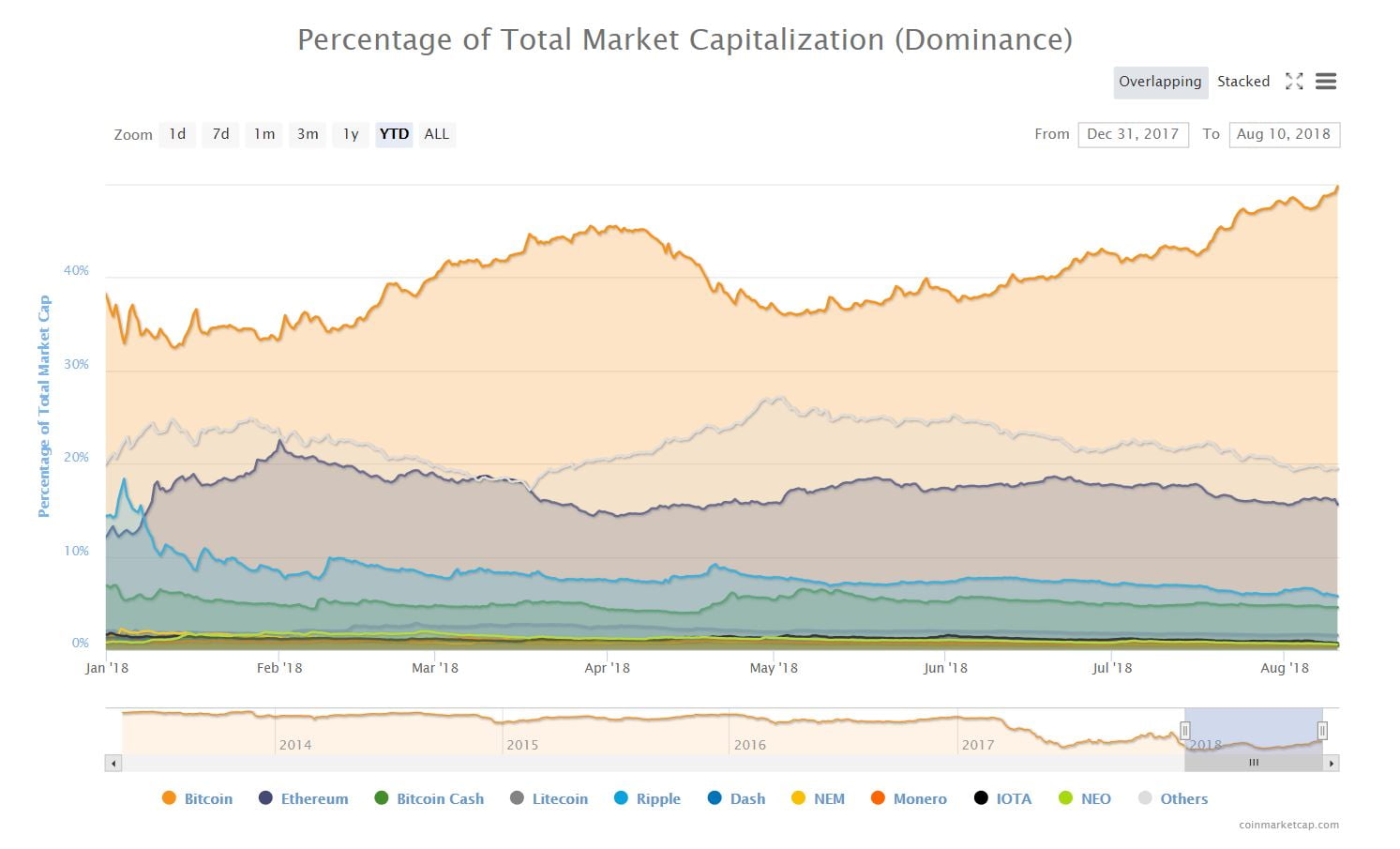 But, this was not an overnight occurrence, with altcoins seeing a dominance pullback for the better part of three months, rising from a May low of ~36% to 50% as we stand today. Today’s market drop only helped this figure move over the ever so important 50% level.

While Bitcoin’s relative strength surprised more than a few investors, to an assortment of experienced traders, this comparable astronomical rise was to be expected.

As reported by NewsBTC earlier this week, Tom Lee, the head of research at Fundstrat, explained why BTC has been seeing a dominance run. Speaking to CNBC viewers, the Fundstrat executive highlighted Bitcoin’s history from a market perspective, drawing attention to the asset’s historical command over the industry, as it held 80% of crypto’s market share for just shy of 8 years.

Lee went on to draw attention to last year’s altcoin upswing, where ICOs and overly-ambitious projects became a crypto investor’s preferred investment vehicle. This resulted in Bitcoin’s dominance falling to an all-time low at 37%, with many altcoin proponents expecting Bitcoin to further recede into obscurity. But against all odds, altcoins recently saw a substantial pullback as the Bitcoin permabull explained in the following statement:

“Bitcoin’s dominance has been creeping up… So it tells us that the news we have seen, from the SEC saying that Bitcoin is a commodity, to ICE’s announcement and a potential for a (Bitcoin) ETF, are causing investors to decide that Bitcoin is the best house in a tough neighborhood. So I think that Bitcoin dominance is actually showing that the market is reacting to what is good news.”

Others industry leaders, like Mike Novogratz and Peter Smith, expect much of the same for Bitcoin, as they both see this specific asset outperforming the market in the near future. As they explained, the recent news cycle, specifically regarding institutional investment, indicates that institutions hold more interest in Bitcoin than altcoins.

Not only does dominance move in-line with news, but Bitcoin may also undergo a dominance surge amidst a bearish market, as a capital flight occurs from the more volatile altcoins to the foremost digital asset. While long-term dominance trends may be predictable, in the short-term, its anyone’s guess. Therefore, traders tend to stay away from altcoins due to the short-term unpredictability of the cryptocurrency market. As Crypto Randy Marsh jokingly puts it, “trading alts is a massive game of hot potato.”

Trading alts is a massive game of hot potato