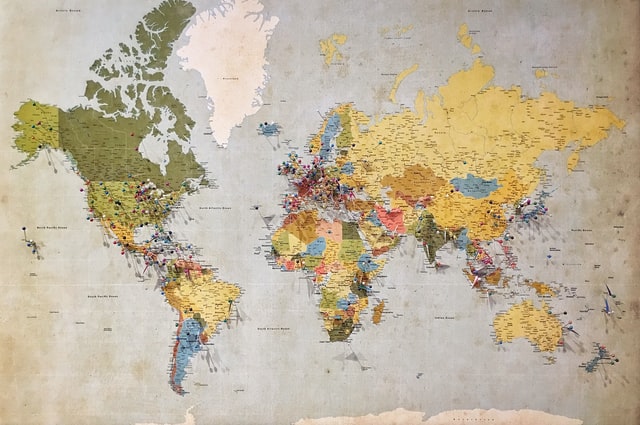 Bitcoin Failed As Inflation Hedge? What The Current Global Situation Tells Us

Bitcoin has felt the consequences of war, just like the rest of the world. The current geopolitical situation generates uncertainty for both households and markets. The question of a million dollars for bitcoin seems to be whether it can still work as a hedge against inflation or has February proven the opposite.

A report by QCP Capital points out that, historically, the has been a poor correlation between BTC and Gold prices, which puts into question if the digital asset can be treated as a hedge against inflation to help protect the value of investments and individuals’ savings.

Sanctions against Russia will be felt by everyone around the world. Global oil and gas prices have already surged and are expected to escalate further. Inflation increases as the economic consequences of the pandemic meet with a war.

Investopedia explains that “Assets that are considered an inflation hedge could be self-fulfilling; investors flock to them, which keeps their values high even though the intrinsic value may be much lower.”

For this reason, gold has been the go-to hedge against inflation asset for years. And bitcoin has been long-described as “digital gold”, but the little correlation between them during times of risk-off means the digital asset has traded more like “a high-beta leveraged risk asset with a strong correlation to Tech and NASDAQ.”

However, there are more things to take into consideration as we enter what seems to be a key point in history for the crypto market and blockchain technology.

The report further notes that “where BTC has more crucial macro use-case now is its ability to serve as the primary weekend hedge for event risk, while traditional markets are closed.”

Providing spot and options liquidity at all times makes it work as the new last resort hedge for traders who previously used middle eastern markets. Also, Bitcoin has proven to reflect downside risk before any other markets can open.

Moreover, NewsBTC recently reported how Gold had been outperforming Bitcoin after Russia started the attack on Ukraine, but the digital coin took back its dominant position after recovering to roughly $40,000 last Thursday while Gold declined.

While at firsts investors ran to gold amidst geopolitical concerns, it is precisely in these times of turmoil when bitcoin makes its case as it is more accessible, easy to move, and use –as a form of money–than gold.

And BTC Is Rallying Today

In a Fox Business Live with Euro Pacific Capital CEO Peter Schiff and journalist Layah Heilpern, the stockbroker continued to slam at BTC and favor gold only. He has claimed for years that the digital asset will slump to $0 and that it “is not going to hedge against anything.”

Heilpern had her bitcoin arguments more than ready and slammed back saying that Schiff’s projection has never come to a realization and the fundamental value of bitcoin has been working perfectly during this year’s turmoils:

“You can’t trade peer to peer in gold. Bitcoin is literally an alternative monetary system.”

As Heilpern explained, you cannot send donations to Ukrainians –or anyone– in gold; you cannot flee a country carrying gold bars.

Related Reading | Possible Scenarios For Bitcoin, How The Market Has Reacted To Past Wars

Reportedly, amidst frozen bank accounts many civilians from Ukrania and Russia have started to use BTC as both populations have been greatly affected by a war they did not start.

Moreover, the war will only make the U.S. inflation higher, and the case for Bitcoin is anything but closed as mass adoption is a possibility that would likely shift the narratives entirely in its favor.

And on top of that, the digital coin has been surging in price today. Trader Sven Henrich shared his view on the current Bitcoin rally. The expert claims there are four main reasons for it:

Tags: bitcoingoldinflation
Tweet123Share196ShareSend
Win up to $1,000,000 in One Spin at CryptoSlots