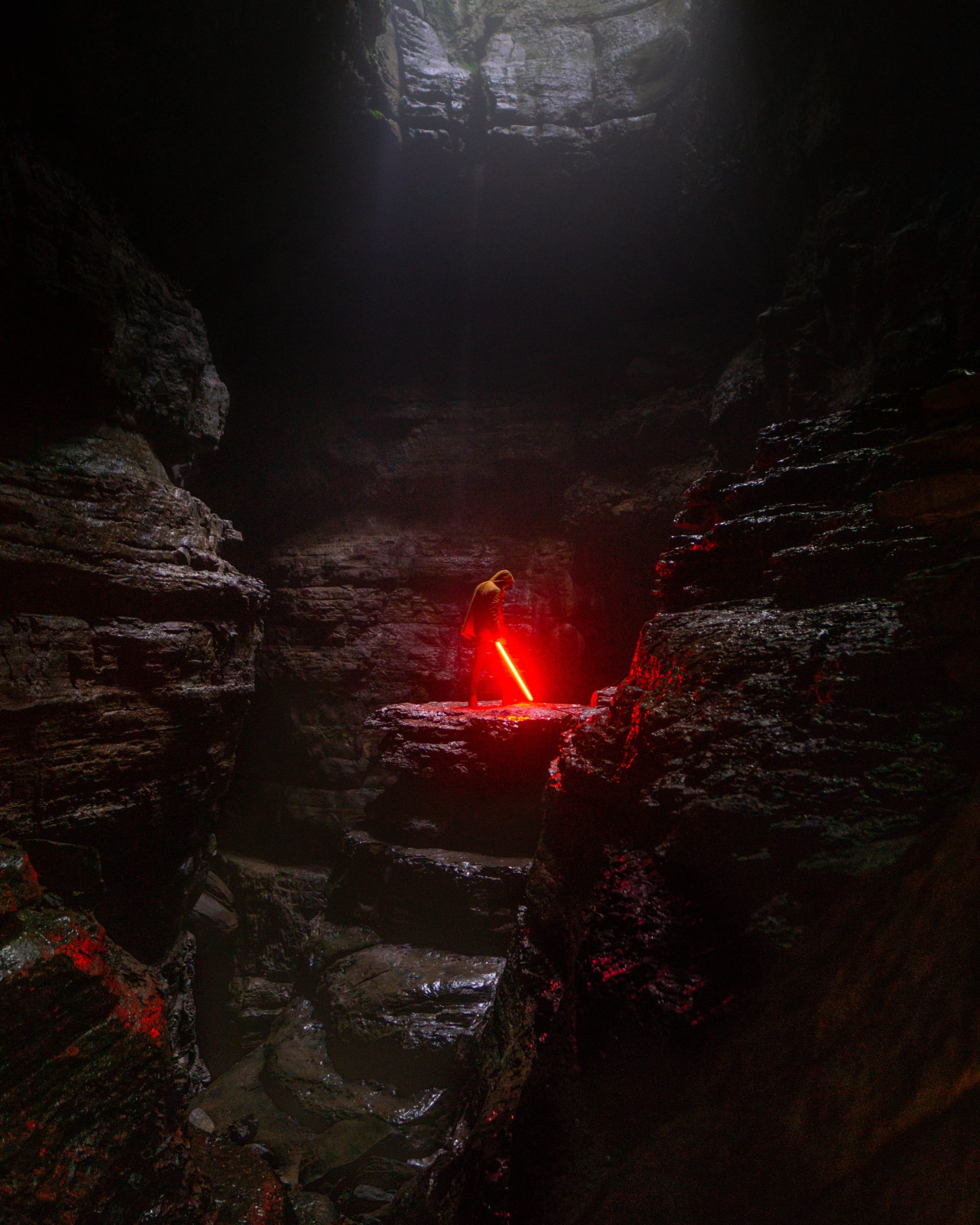 After firmly securing its position within the mid-$7,000 region, Bitcoin’s bulls and bears have once again reached an impasse. This is clear while looking towards the benchmark crypto’s price action seen earlier today, when it raced to $7,800 before diving to under $7,500.

This movement formed what is jovially referred to as a “Darth Maul” candle – a reference to the Star Wars villain who wields a double-sided saber.

The effects of this movement on traders is quite notable, as it liquidated over $9 million in short positions before throwing the crypto back into its recently established trading range.

The volatility seen by Bitcoin earlier today comes close on the heels of its recent rally from the lower-$7,000 region to highs of $7,800, with the resistance at these highs proving to be insurmountable for bulls.

It doesn’t appear that this resistance has faded in the time since, as this happens to be the price at which the crypto rallied to earlier today before seeing an ultra-swift rejection.

One pseudonymous trader on Twitter spoke about this recent price action, explaining that it stopped out traders in both directions before leading the crypto back into its trading range.

“BTC: Stop outs on both sides and back in the range…”

A byproduct of this volatility was a massive surge of liquidations seen by leveraged traders, with a total of $9 million worth of open positions being liquidated, according to data from Coinalyze.

This comes close on the heels of the recent upwards movement from the low-$7,000 region to highs of $7,800, which liquidated $75 million worth of positions and led the cryptocurrency’s open interest on Bitmex to dive.

These multiple liquidations seen by sellers may have an impact on the dynamic between bulls and bears in the coming days.

What Does This Mean for BTC Going Forward?

In the near-term, this recent volatility is likely to lead Bitcoin to see further rangebound trading, as it wiped out overleveraged traders and led the crypto back down towards $7,500.

Another popular crypto analyst spoke about this in a recent tweet, explaining that attempting to make scalp trades within this range is highly risky.

“BTC: Both sides swept. Simply back to ranging for now. Also the reason why scalping this now is very risky -> no draw on liquidity… Take it easy and wait for a clear direction,” he noted.