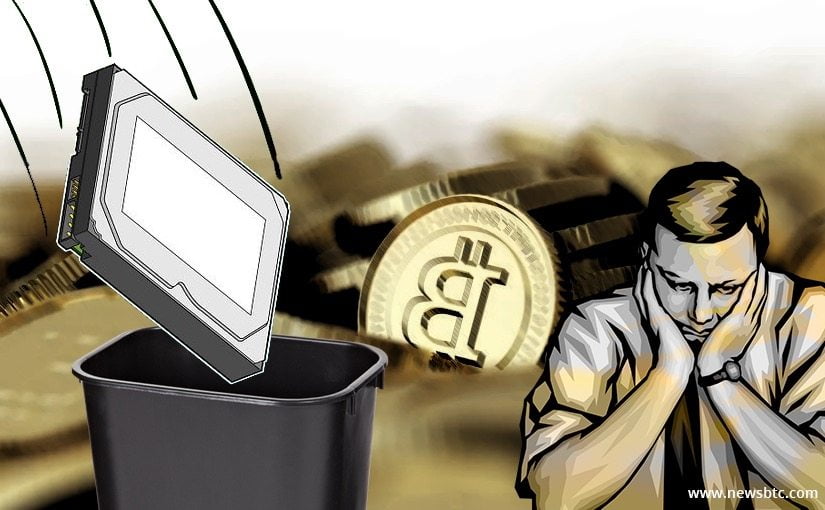 Quite a few early Bitcoin adopters have lost their funds over the past few years. In most cases, this is due to losing access to the wallet or replacing their computer’s hard drive. One person in Australia got rid of a hard drive containing 1,400 Bitcoin. At current prices, that is worth around AU$4. 8m. It is a tough reality check when something like this happens. Unfortunately, these stories are all a bit too common.

One of the downsides of a desktop bitcoin wallet is how data is stored on the hard drive. After a few years, these hard drives tend to become slower and make strange noises. The lifespan of such a device is between five to ten years with average use. However, people often tend to not make backups of their sensitive data before replacing it. As a result, people often lose their bitcoins in the process.

Never Get Rid of a Hard Drive Without Inspecting It

One user in Australia found this out the hard way. After getting rid of the portable hard drive, he realized there were still 1,400 Bitcoin stored on it. More specifically, it had the private key associated with the wallet containing said balance. These coins were purchased several years ago. At the time, Bitcoin had nearly no value. Moreover, there were no consumer-friendly hardware wallets either.

Storing the information on a hard drive is a good idea. However, this only works if people make backups of the wallet as well. This needs to be done through USB devices or even keeping files on a different drive. Without a copy, your riches can be gone in the blink of an eye. In this case, that mistake cost AU$4.8m.

While it is theoretically possible to recover the drive, it is a painstaking process. Moreover, it is difficult to do so on your own. Landfill locations organize and document all of the additions to their piles. It is, on paper, possible to locate the drive and get it back. That is, assuming it still exists in its original format. While a lot of money has been lost, it is doubtful the user will go through the hassle to get everything back. It is a very expensive life lesson, to say the least. Unfortunately, it will not be the last of these stories we will hear.

Tags: BackupbitcoinBitcoin Newswallet
TweetShare
BitStarz Player Lands $2,459,124 Record Win! Could you be next big winner? Win up to $1,000,000 in One Spin at CryptoSlots