Bitcoin Is A More Viable Option Than American Express 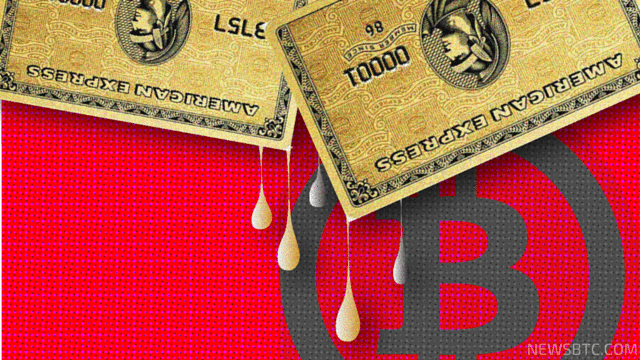 In the traditional world of finance, there are a handful of major players when it comes to credit and debit cards. Visa and MasterCard are the two biggest brands, but American Express is trying to make a comeback as well. Unfortunately for AmEx, a recent announcement by Fidelity Investments sees the company losing ground in favor of Visa and Bancorp. Unlike these financial services, Bitcoin is not suffering from fractured support, as there is only one currency in play that works for everyone in the world.

Keeping oneself relevant in the world of traditional finance is not an easy feat. even though there is very little competition in the plastic card market. Very few players are actively issuing credit cards right now, and it looks like American Express might be falling out of contention in the very near future.

After losing a deal with Costco Wholesale Group – which is set to hurt American Express’ profits for at last two years – the 12-year partnership with Fidelity Investments has come to an abrupt ending as well. Major competitor Visa will be one of the new partners for Fidelity Investments, allowing the company to offer Visa-branded credit cards products to their US customers.

It goes without saying the credit card market is becoming very centralized, as the number of important players is shrinking. Only Visa and MasterCard remain big contenders for the years to come, which puts the financial control of the credit card industry into the hands of just two companies. This is far from an ideal situation, as more competition in the market means lower fees for both consumers and merchants.

That being said, the new partnership between Fidelity Investments and Visa will bring a two-percent cash back to customers, and feature the new EMV chip security. Additionally, Fidelity customers will be able to use their new cards with popular mobile payment solutions, such as Samsung Pay, Android Pay, and Apple Pay.

Bitcoin Is Defined As Something Completely Different

Looking at things from an alternative financial services point of view, Bitcoin offers something no credit card issuer will ever be able to: financial freedom. Obtaining a credit card relies on a partnership with a consumer’s bank and a card issuer, such as American Express, Visa, or MasterCard. If that partnership would not exist, there would be no way to obtain a credit card, other than by changing banks.

Bitcoin, on the other hand, does not suffer from any of these squabbles and drawbacks. The popular digital currency can be used by anyone in the world, regardless of financial services, banks, governments, or anything else. In fact, it doesn’t even matter whether consumers access a computer, tablet, or smartphone, as there is a Bitcoin wallet solution for every type of device.

Furthermore, Bitcoin puts the end user in full control of their money, as funds is protected by the private key, only known to the end user itself. This private key can be stored online or offline, and even tied to the device used for Bitcoin transactions itself. Considering how this private key is a lengthy string of random numbers and letters, it is all but impossible to crack.

Credit card issuers keep a database full of customer information – including financial data related to the card itself – and store those forever. Once a database full of credit card information is breached, fraud rates and chargebacks increase exponentially, creating financial instability for retailers and consumers. Bitcoin makes for a more secure, globally accessible, and frictionless portfolio of financial services. bringing the competition to established credit card issuers.