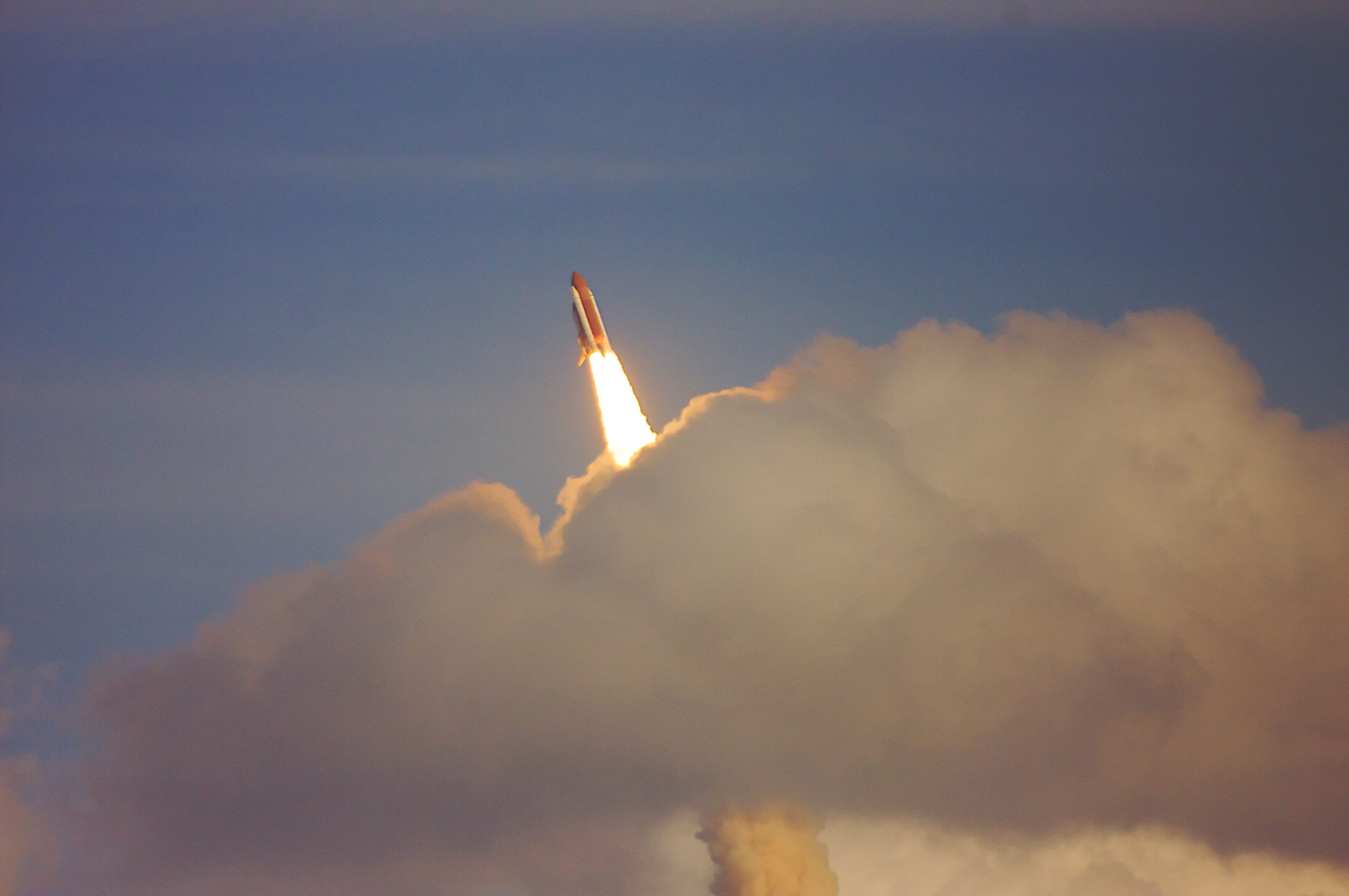 Bitcoin is firmly caught within the throes of an immense uptrend. This was clearly seen yesterday when the cryptocurrency rallied up to highs of $10,000 before facing a slight rejection that led it lower.

This was a massive $1,000 movement that marked a significant extension of the momentum that was first incurred when the crypto rebounded from its capitulatory decline to lows of $8,100.

Because buyers ardently defended this level and have since provided BTC with sustained momentum, it does appear that it is well positioned to see further upside.

One trader is now noting that Bitcoin looks “clear for liftoff” as it flashes signs of forming an immensely bullish market structure.

Analysts believe this next movement could send it towards fresh yearly highs.

At the time of writing, Bitcoin is trading up just under 7% at its current price of $9,700.

Overnight BTC tapped highs of just under $10,000 before facing a slight rejection that led it into the mid-$9,000 region.

This movement allowed it to firmly surmount all the heavy resistance it previously faced around $9,200 and $9,500.

It is also important to keep in mind that this momentum marks a continuance of the macro uptrend that Bitcoin incurred in mid-March when it posted a “V-shaped recovery” from lows of $3,800.

This recovery has also come about against a backdrop of global turbulence, as the stock market is beginning to flash signs of seeing another leg down as the global Coronavirus-induced lockdowns show few signs of letting up anytime soon.

The benchmark cryptocurrency’s current strength could be enough to provide it with some significant momentum that provides it with further room to run.

One popular pseudonymous analyst on Twitter spoke about this in a recent tweet, explaining that Bitcoin looks “clear for liftoff.”

“Bitcoin weekly Heikin Ashi looks clear for liftoff,” he said while pointing to the chart seen below.

It is a strong possibility that the benchmark cryptocurrency will soon target fresh year-to-date highs as its technical strength begins mounting.

These highs are currently established at $10,500, and this happens to be an important technical level that coincides closely with a descending trendline formed as a result of the crypto’s decline from highs of $13,800 in the summer months of 2019.

Another popular trader recently explained that he expects BTC to test this key level in the days ahead, saying:

Tags: bitcoinbtcbtcusdBTCUSDTxbtusd
Tweet123Share266ShareSend
Win up to $1,000,000 in One Spin at CryptoSlots