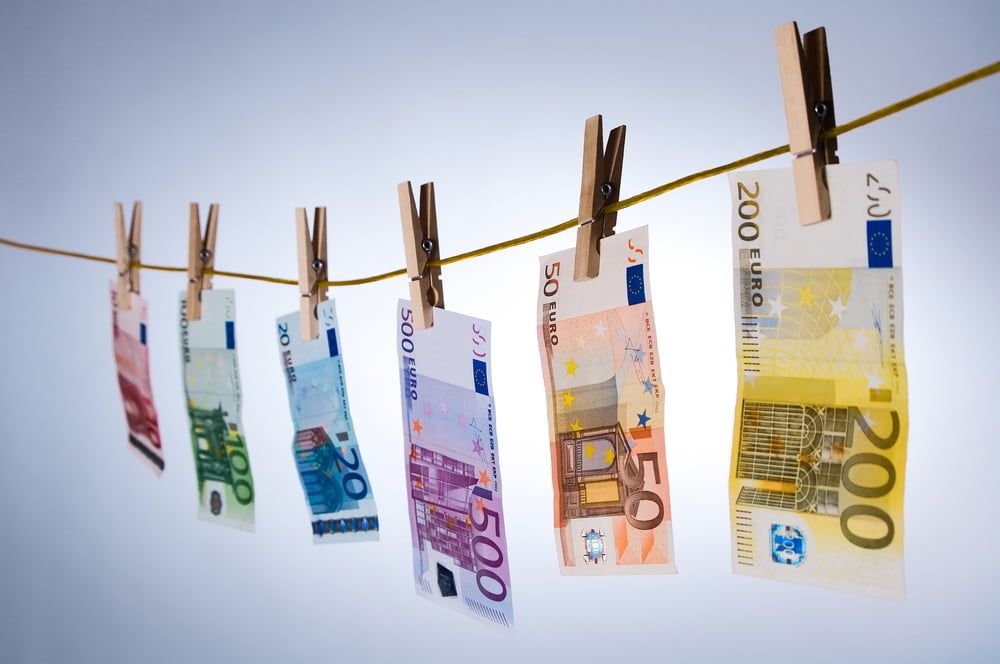 Deutsche Bank has been raided today on the suspicion of money laundering. The German institution was stormed by 170 officials and, weirdly enough, no Bitcoin was found on the scene.

The way the mainstream media talks about Bitcoin in relation to financial crimes, anyone would think money laundering is a completely new phenomenon, only enabled by the revolutionary fintech innovation. Of course, this is not the case and the point has been beautifully highlighted by today’s news that Deutsche Bank AG has been raided based on allegations of concealing ill-gotten funds.

According to prosecutors based in Frankfurt, suspicion of money laundering at the bank dates back to the 2016 Panama Papers.

However, the subsequent investigation focuses on the period between 2013 and 2018. Two of the bank’s employees have been identified as the main suspects in the investigation. All that is known of the pair is their ages, 50 and 46. No names have been given yet.

During today’s raid, 170 German officials stormed Deutsche Bank buildings in Frankfurt. They seized documents – both electronic and physical – as part of the operation that took place just before 9 a.m. this morning.

The five-year investigation prompted by the Panama Papers has uncovered evidence to suggest that the German lender had been involved with the setting up of off-shore accounts for clients in various tax havens. The bank is also accused of failing to report suspicious accounts believed to have been used to receive illegally obtained cash. The investigation centres upon the British Virgin Islands branch of Deutsche Bank. According to a report in Bloomberg, the prosecutors state that over $354 million was processed by the unit in 2016 alone.

Deutsche Bank is one of the most fined financial institutions in all of Europe. In the last decade, it has spent more than $18 billion settling legal disputes and paying fines relating to financial offences. The only bank to have run up a higher bill is the Royal Bank of Scotland Group Plc. It has had to pay $100 million more than the amount racked up by Deutsche Bank.

An analyst at Independent Research, Markus Riesselmann, spoke about the bank’s current situation:

“Just when you thought Deutsche Bank had left its legal troubles behind it, there’s more… Investors really want to be able to focus on the bank’s operating business, so this noise around them is quite unhelpful for the mood.”

Money Laundering Did Not Start with Bitcoin

Despite the narrative in the mainstream media about Bitcoin being used to launder money, Deutsche Bank employees were able to commit their financial crimes without the use of the digital currency at all. Perhaps then, it is not Bitcoin that is the problem.

That said, many big names from the world of traditional finance continue to delight in denouncing Bitcoin for apparently playing a role in global money laundering operations. However, evidence suggests that in fact, less than 1% of Bitcoin transactions are used in connection with any crime – be it financial or otherwise.

Using the threat that something could be used for some nefarious reason as a reason to discredit it is frankly ridiculous. That said, it is nothing new. The internet was attacked early in its existence on the grounds that it would enable child pornography and terrorist organisations, for example.

Granted, the internet has helped facilitate these criminal acts.

However, it has also enabled folks to keep in touch with long lost friends, order just about any product imaginable from the comfort of home and levelled the playing field for content creators of all types. These benefits far outweigh the negative impacts of the technology.

Likewise, Bitcoin might be used by a tiny minority to launder money. However, the financial freedom it is bringing to the world is well worth this slight downside. Besides, as the Deutsche Bank raid today highlights, money laundering will continue with or without Bitcoin.