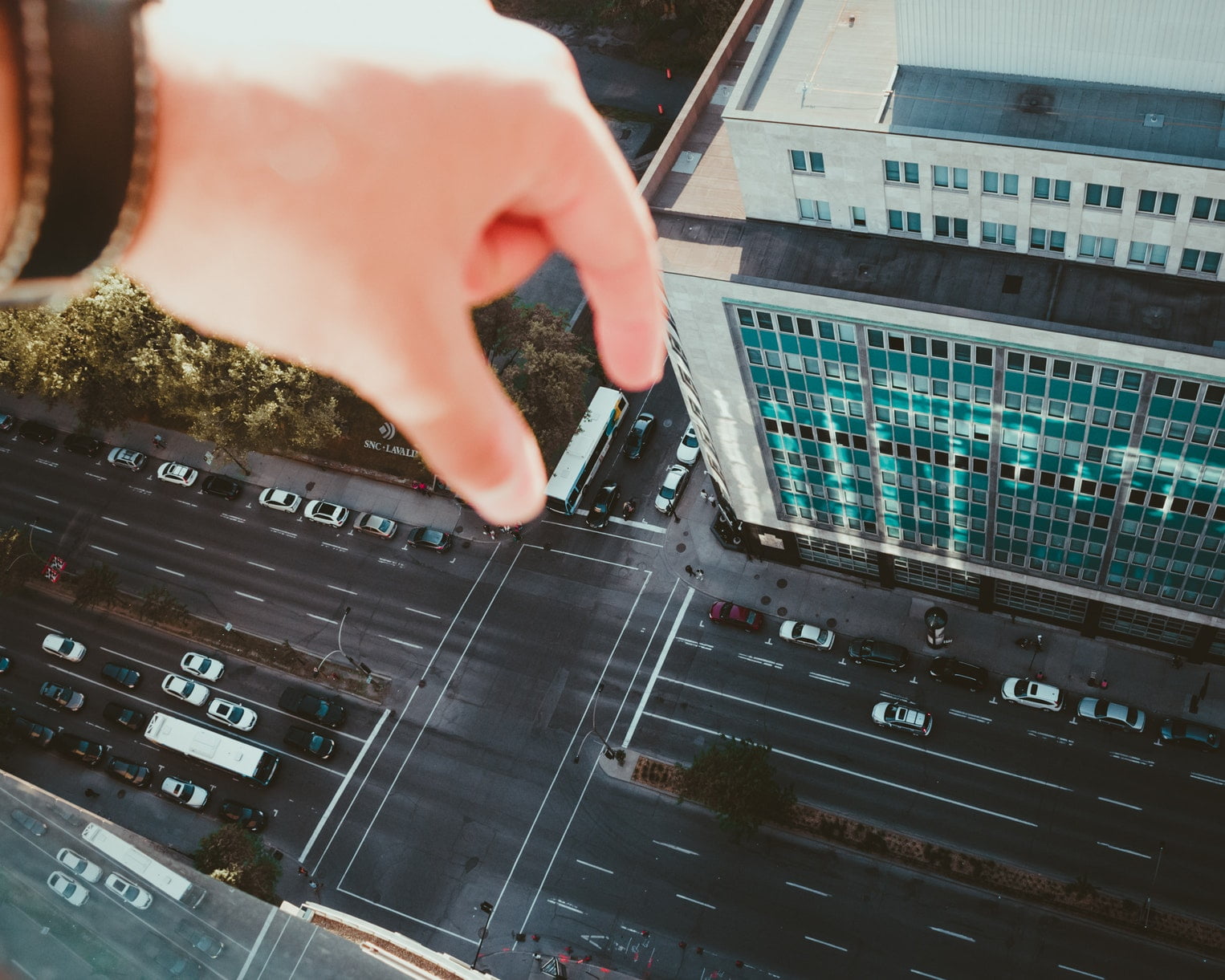 And as a result, many have looked to Bitcoin and its brethren — other digital assets — as a much-needed escape hatch from fiat and government overreach. Indeed, BTC was released in the wake (and seemingly as a result) of the 2008 Great Depression, and many that have since flocked to the cryptocurrency are staunch anti-establishment proponents.

Related Reading: Will Post-Brexit London See Crypto Replace the Pound? These Game Designers Think It Might

While the Great Recession in and of itself was enough to drive many to Bitcoin, the geopolitical and macroeconomic stage has presented an array of new reasons why BTC has a viable value proposition over recent weeks. Let’s take a closer look.

So much happening in the world right now.

Can you see the wave of capital flowing into BTC too?

This week, Hong Kong, a special administrative region of China, has experienced massive protests. On Sunday, one million individuals, over 15% of the island city’s population, took to the streets to protest the implementation of an extradition bill.

While extradition is a legal strategy often used for serious criminals, governments have begun to utilize this as a way to target political dissidents — Jullian Assange being the latest notable individual targeted. 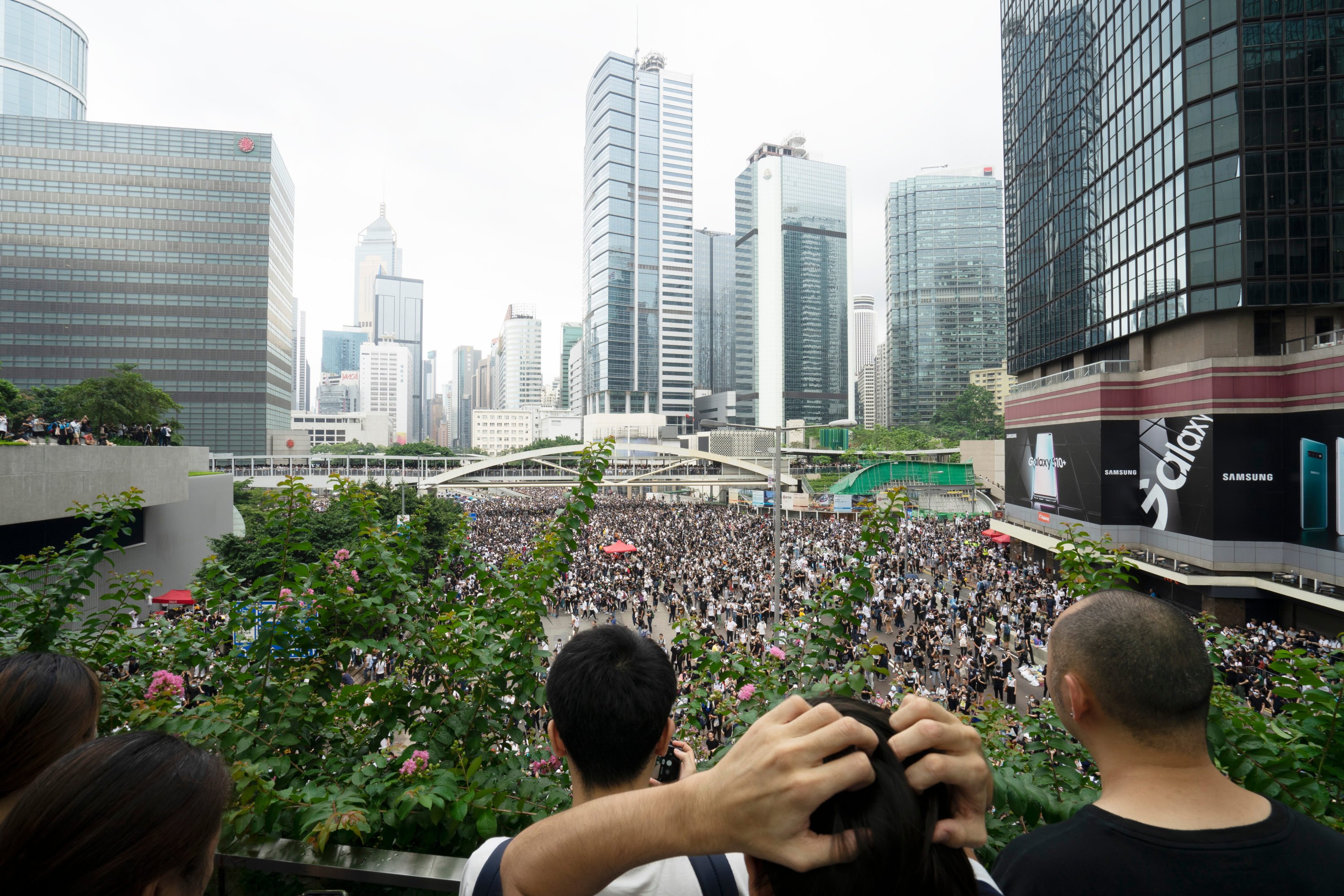 Hongkongers fear that the bill can be used to extradite those critical of Beijing’s policies and send them to mainland Chinese courts, where they can then be tried and potentially face a harsher sentence than if they were to remain in Hong Kong. You see, universal freedoms are meant to be upheld in the island city, not the mainland.

Chief executive of Hong Kong Carrie Lam, however, didn’t budge, proceeding to double-down on the proposed legislation. And as a result, protests continued into Wednesday. This time, the demonstration wasn’t as well received by local police authorities, making many fear a crackdown.

In mainland cash is almost obsolete, most of economic activities are associated real identities : both Alipay and wechat are under real name system + bio metrics.

many important figures/celebs use others’ payment accounts all the time to keep names untraceable in the system https://t.co/66eWY473X8

Due to this, as observed by many on Twitter, the protesters, many of which were university-age students, have adopted cash instead of their fintech accessories. The most notable case of this occurring is the group’s hesitance to use the Octopus Card, a debit-esque card used in the metro (and at 7-11, Mcdonald’s, etc.) to stem fears that the government is looking over their shoulder.

Of course, crypto ties right into this, having the ability to be a replacement both for cash and current fintech systems.

If implemented correctly and if the proper protocols are in place, Bitcoin can allow for a private financial experience that is impossible with something like PayPal, Visa, or even the Octopus system utilized in Hong Kong. As Arthur Hayes of BitMEX once explained:

“Sooner than you think, cash will not be an option for privacy, or for anything else. And private citizens will come to appreciate the inherent value of Bitcoin, as their ability to discreetly hold and transfer value evaporates once cash goes the way of the dodo.”

In a similar string of news, the trade war between China and the United States has only flared over recent weeks. While analysts have proven that the correlation between the start of the political dispute was not correlated with early-April’s Bitcoin boom or the subsequent rally, some believe that as a result of the conflict, those in Asia are looking to stock up on BTC.

TL;DR. Interest in BTC only coincided with the Trade War and Yuan since the 6K breakout. The Trade War was long underway by then, with various peak interest prior episodes. It's possible the BTC – Trade War narrative was driven by media and resulted in a self-fulfilling prophecy.

As BitMEX’s chief executive explained in a recent newsletter to his followers:

“The key number is 7.00 [Yuan-to-U.S. dollars]. If the PBOC allows the Yuan to break this level, ordinary Zhou’s will scramble to get their hands on Bitcoin and other cryptos. Similar to 2015, a sharp and sudden Yuan depreciation could lead to the beginning of another epic bull market.”

Indeed, by putting their money in an up-and-coming store of value like Bitcoin, investors can hedge their risk against turmoil. With BTC purportedly continuing to act as a non-correlated asset to the S&P 500, some are sure that allocating capital to the cryptocurrency, especially during this volatile trade war, is only logical.

In fact, Delphi Digital, a markets research and analysis firm, recently proposed that BTC is the crème de la crème of assets for its ability to outperform amid global tumult. In fact, Bitcoin is absolutely lapping every other asset class, even the more risky, high-return blue chips and the venture-backed Silicon Valley darlings that have begun to trade on public markets.

Recently, Italy’s deputy prime minister has proposed a tax on citizens’ savings. Per a report from Reuters, the regulator, Matteo Salvini, told a late-night television program that he had been informed the safety deposit boxes across the European nation hold assets worth hundreds of billions.

As a result of this “substantially hidden money”, Salvini, who evidently is a powerful man in Italy, proposes a 15% tax on those that declare their deposit-box holdings. It isn’t clear whether this will be put in place, but many see this as an evident sign that traditional finance is flawed.

Indeed, European island nation Cyprus mandated banks to “bail-in” themselves, taking a haircut on accounts with a certain amount of money. As a result, Bitcoin surged, rallying as Cyprus citizens rushed to put their money in something they could control.

Some expect for the same to go down here, except on a much bigger scale. Italy is, after all, the country with the eighth largest gross domestic product on Earth. As prominent analyst Alex Krüger kindly puts it, “Italy could end up being the best thing to ever happen to bitcoin.”

This is bullish for bitcoin ?

Italy could end up being the best thing to ever happen to bitcoin.

What’s even more important is that this comes as Italy’s banks are on thin ice. As crypto investor Cane Island Crypto notes, the so-called “FTSE Italia All Share Banks Index” is down 40% in the past year, looking as bad as Deutsche Bank’s shares.

All this comes as central banks have begun to struggle with encroaching storm clouds. In fact, the Federal Reserve, according to a recent Reuters poll of global economists, is seeing a “dramatic increase” in its chances to hike interest rates.

While a low-inflation rate environment would drive investors to (current) risk-on assets like Bitcoin, some commentators, like Ikigai’s Travis Kling, see this fiscal strategy as a way to validate crypto in the long run and kill central banks. As Kling explained:

“The increasingly erratic U.S. president is yelling at an irresponsible central bank to act even more irresponsibly with its monetary policy, while running a $1 trillion deficit for the second year in a row… Central banks and governments are proving the profound need [for Bitcoin].”

Tags: bitcoincryptomarket
TweetShare63
BitStarz Player Lands $2,459,124 Record Win! Could you be next big winner? Win up to $1,000,000 in One Spin at CryptoSlots