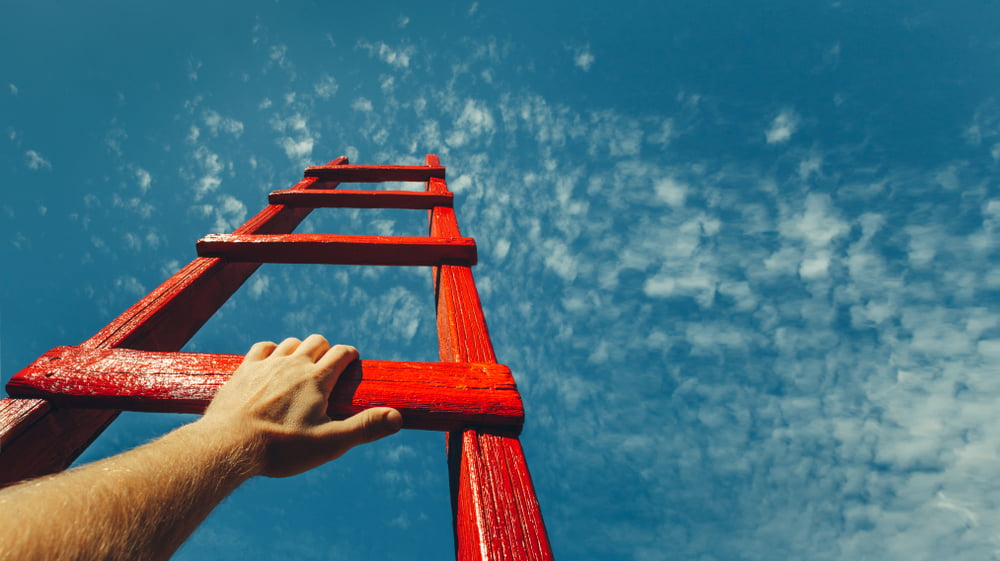 Has Bitcoin (BTC) bottomed? This is the question that has pained crypto investors since BTC plummeted to $3,150 in the middle of December.

While some, especially those subscribed to the Hyperwave theory, claim that cryptocurrencies are poised to head lower, a leading analytics researcher claims that if historical trends are followed, the bears have already bit the dust.

Related Reading: Bitcoin May Have Bottomed, But Crypto Could Still See A “Black Swan” Event

In a recent Twitter post, PlanB, a pseudonymous industry analyst that hails from the world of traditional finance, recently expressed that Bitcoin may just have bottomed. To back this call, he refers to Bitcoin’s stock-to-flow (SF) ratio, which, for the uninitiated, weighs an asset’s above ground supply (stock) and issuance rate (flow), and how it relates to BTC.

As reported by NewsBTC previously, PlanB determined that the market capitalization of commodities, especially silver and gold, can be predicted by plotting their respective SF ratios on a logarithmic graph. He recently discovered that Bitcoin, defined as a deflationary commodity by some entities, fits this model too.

And thus, he created the Bitcoin Stock-to-Flow Multiple (BSFM), which puts the actual value of BTC over what the SF model predicts it should be.

Per PlanB, the BSFM indicates tops and bottoms in markets. He writes that historically, in 2011, 2012, and 2015, cryptocurrencies found a bottom when the multiple reached 0.5, meaning that BTC was undervalued by 50% of its stock-to-flow model. And guess what? The BSFM entered the 0.5 range in late-2018, which was when BTC fell to $3,150 in what many deemed the final capitulation event.

Indeed, in a recent episode of Stephen Livera’s podcast, PlanB remarked that in December, his model predicted that Bitcoin’s “fair value” was approximately $6,200, but that BTC was actually trading at $3,150 on spot markets. That isn’t 50% to a tee, but you get the point.

As you well know, BTC is currently trading at $5,200, meaning that according to PlanB’s thesis, it is currently still undervalued, despite early-April’s jump. But, as market analyst GravityWave recently hinted at, the “fair value” derived from the SF model has historically pulled BTC higher along with it, save for nuances like December’s capitulation and 2017’s jaw-dropping rally past $10,000.

An alternative view of @100trillionUSD's stock-to-flow/price relationship showing how price oscillates around the fundamental prediction of scarcity-based market value. Big thanks to planB for doing the work on that, and to @saifedean for popularizing the SF concept. pic.twitter.com/gl8JJ5pKjT

Thus, if the value of Bitcoin matches the SF model, each BTC would be valued at $10,750 by the time of the block reward reduction, slated to occur in early-May of 2020. And by the end of the year, BTC should be valued in the $9,000s if PlanB’s model is followed. But is this possible?

According to an array of prominent traders, BTC reaching quintuple digits by the year’s end is entirely possible. In a recent episode of Ivan On Tech’s “Good Morning Crypto,” a daily segment hosted by a Dutch blockchain programmer, Russian trader Anatoly Radchenko was asked about whether or not he agrees with the cheery sentiment put forth by Tom Lee and Mike Novogratz, who claimed that BTC could see $10,000.

Radchenko agreed, claiming that while BTC will likely take at least three months to rally to $7,000, by New Year’s Eve 2019, the cryptocurrency could see $10,000.

And Radchenko’s peers would agree. In a profanity-ridden installment of “Crypto Trader Digest,” Arthur Hayes, an institutional trader turned the chief executive of BitMEX, explained that he expects for the cryptocurrency market to return as 2019 comes to a close. Egging on CNBC “Fast Money” host Melissa Lee, he wrote that with the influx of venture capital money that will be spawned by the “IPO Frenzy,” the Bitcoin markets could see “green shoots” in early Q4, which will cause BTC to “claw back to $10,000.”

Clem Chambers of Forbes, too, would agree. He recently wrote that as a result of the recent increase in Tether (USDT) supply, Bitcoin could see $10,000 sometime this year. It was explained that the increase in stablecoin market capitalization signals that money, what some call “dry powder,” is flowing into the crypto sidelines for when the time is right. Chambers, the chief executive of ADVFN, adds that over the course of the coming eight months, BTC may begin to take interest away from gold, and could even start to share “a crown with gold” for the store of value market.