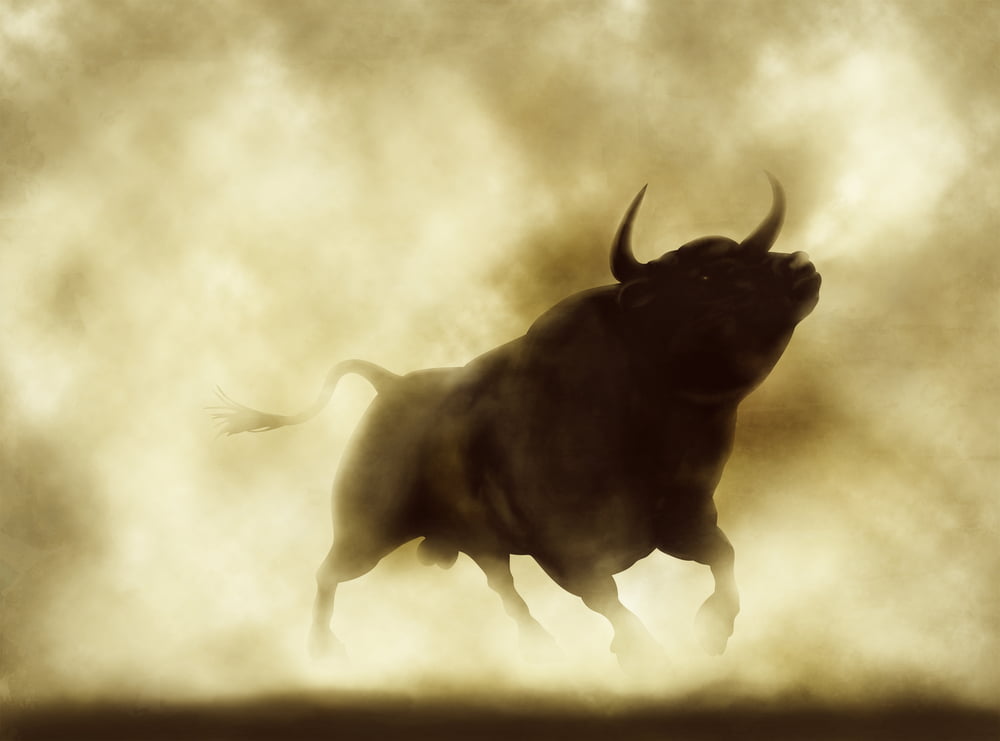 Bitcoin has seen some bull-favoring price action throughout the past day, rallying up to highs of $9,600 overnight after buyers absorbed the selling pressure that led it down to lows of $9,300.

The cryptocurrency now appears to be well-positioned to see further upside in the days and weeks ahead, as it is currently in the process of breaking above a year-long descending trendline that it has been respecting.

This comes as one analyst is laying out a path forward for the cryptocurrency to rally up to its previously established all-time highs.

The analyst notes that Q2 is a historically bullish quarter for BTC, and it could be mirroring the price action seen in 2015 prior to it entering a multi-year uptrend that ultimately led it to highs of $20,000.

At the time of writing, Bitcoin is trading up marginally at its current price of $9,560.

The cryptocurrency did see some volatility yesterday in the hours leading up to its weekly and monthly candle close.

This led Bitcoin to decline to lows of $9,300 before buyers stepped up and helped propel the cryptocurrency higher, stopping it from seeing any notable decline.

It is important to note that BTC has faced harsh rejections at $9,700 on multiple occasions throughout the past week, and this happens to be the level where the resistance zone stretching past $10,000 begins.

That being said, a failure to surmount this level in the days ahead could be dire.

One factor that could help Bitcoin smash through this resistance is the fact that it is currently in the process of breaking above a descending resistance line that has been formed and respected in the time since it set highs of $13,800 last June.

A popular cryptocurrency analyst on Twitter spoke about this trendline in a recent tweet, explaining that Bitcoin’s macro chart is “not how a bearish chart looks” – alluding to the fact that its ongoing break above this line is bullish.

One popular cryptocurrency analyst explained that Bitcoin is following a similar pre-rally price pattern to that seen in 2015.

He explains that there are a few factors that must come into place for this to play out, but that it is a growing possibility that the crypto soon enters a full-fledged bull run.

“Q2 has historically seen price rally. Q3 has more often than not seen price print a corrective leg. 21 Weekly EMA is key. Break below the 21 w-ema = corrective pullback / leg similar to that of 2015 as highlighted,” he noted while pointing to the chart seen below.