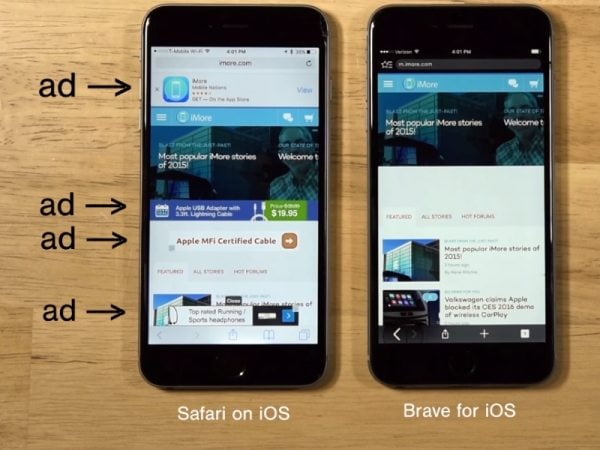 Bitcoin Micropayments Make A Lot of Sense For The Brave Browser

It is no secret how monetizing content on the Internet is becoming more difficult every month. Traditional advertising models no longer seem viable, as users run ad blockers on their computers and mobile devices. The newly announced Brave browser wants to remove traditional advertisements from the equation and introduce micropayments to support content creators. Bitcoin is a perfect candidate for microtransactions, as the frictionless digital currency works on a global scale.

The number of modern Internet browsers is relatively limited, albeit there is no shortage of options. Google Chrome, Safari, Microsoft Edge and Chromium are the most common names one will encounter across the different operating systems. Keeping in mind how these browsers are available to both computer and mobile users, it only makes sense to see them grab the lion share of the browser market.

But at the same time, all of these browsers have one major issue: intrusive advertisements. Granted, there are ad blockers available to users which will hide annoying ads, but this is far from a perfect solution. After all, content creators have to make some income, and banner ads are still the preferred method of choice.

Now that ad blockers are becoming more common on mobile devices; content creators have to rethink their strategy. However, they are not the only ones trying to solve this problem, as former Mozilla CEO Brendan Eich has come up with an alternative. Instead of removing advertisements altogether, why not replace them with something else?

On paper, this sounds like an easy task, but in reality, it required Eich and his team to create a whole new browser. Brave, as this solution is called, will remove intrusive advertisements from web pages, and replace them with “clean” ads. Not only will these replacement advertisements improve the browsing experience for visitors, but it allows for content creators to monetize their sites at the same time.

In the end, the Brave users stand to gain a lot from embracing this new browser experience. Not only will they see less annoying ads without having to install an ad blocker, but the overall surfing speed will increase by quite a margin as well. That being said, the Brave browser is far from perfect, as future updates need to be made to support streaming platforms requiring Flash [although they should upgrade to HTML5].

Furthermore, not every advertisement will be removed. Social media platforms such as Facebook and Twitter will keep their ads and promoted tweets, as these are not as offensive as banners or videos. On the upside, the RAM usage in Brave seems to be half of that in Chrome, and on par with Firefox.

Another selling point of the Brave browser is how micropayments can be used to help content creators directly. Every Brave user will earn a small piece of commission from viewing the “clean advertisements”, which can then be spent on tips or donations towards site owners or other users.

While Brendan Eich does not feel micropayments will be a major part of the Brave experience during the early stages, there is a lot of potential in offering such a feature. Coming up with a proper payment tool for users and website owners will be a different matter, though. Bitcoin seems to be a very likely candidate, due to its low transaction fees, instant payments, and global availability.

Tags: Ad blockerbitcoinBraveBrendan EichBrowserChromeChromiumfirefoxmicropaymentsNewsSafari
Tweet123Share196ShareSend
Win up to $1,000,000 in One Spin at CryptoSlots