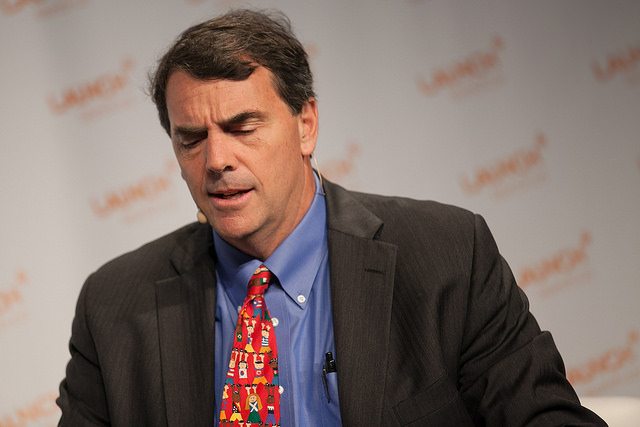 At the World Knowledge Forum held in Seoul on October 17, Billionaire investor Tim Draper, who has been one of the key angel investors in the Bitcoin and cryptocurrency markets since 2014, stated that Bitcoin and other cryptocurrencies are much better than fiat currencies.

In an interview with Bloomberg, Draper stated:

“I think [Bitcoin is] neither [a fraud or a bubble]. If you ask me five years from now, what I think this is [Bitcoin and cryptocurrencies] all going to look like, I think people are going to laugh when you try to use fiat currency at Starbucks. I think cryptocurrencies are much more transportable, it is much easier to use, it is a better store of value, and all of these companies that are transforming society, this is the most exciting thing that has happened in my world, even more exciting than the Internet was.”

Where is Bitcoin Going in the Long-Term, Potential Price

In October, Bitcoin achieved a major milestone in surpassing the market cap of Goldman Sachs and Morgan Stanley, two of the largest investment banks in the world. It is moving closer to the $100 billion mark, as the demand for Bitcoin from institutional and retail investors continue to grow.

As the mainstream adoption of Bitcoin rises at a rapid rate, and the majority of general consumers begin to use Bitcoin as a major currency and a store of value at stores and merchants like Starbucks, the value of Bitcoin will have to rise exponentially. Today, based on the user base of businesses such as Coinbase and Blockchain, there are less than 100 million active users utilizing Bitcoin as a digital currency and a store of value.

But, as the user base of Bitcoin reaches a few hundred million to a billion in the upcoming years, as Draper noted, the price of Bitcoin will likely achieve $25,000 to $50,000, as Wall Street analysts including the highly regarded Fundstrat co-founder Tom Lee explained.

In order for the Bitcoin price to reach over $50,000, the market cap Bitcoin needs to surpass the $1 trillion mark. Just until early 2016, the $100 billion milestone seemed highly unlikely. The Bitcoin industry and cryptocurrency market are growing at an exponential rate and if such growth rate can be sustained in the mid to long-term, the market cap of Bitcoin will be able to break the $1 trillion mark.

Lee, who revealed his interim target for Bitcoin price at $25,000, stated on CNBC’s Fast Money:

Draper, who has funded some of the most successful Bitcoin startups in the industry including Korbit, which was acquired by $10 billion gaming company Nexon at a $140 million valuation, and Coinbase, the first $1.6 billion startup in the cryptocurrency market, remains highly optimistic in regards to the future of the Bitcoin market.

During the interview, Draper emphasized that Bitcoin is transforming finance, bringing a major change in the world.

“With Bitcoin and all the initial coin offerings (ICOs) that are happening, it is transforming finance and that is a major change in the world, and it is one of those tsunamis of opportunities for entrepreneurs and venture capital. I’m very optimistic and very excited for what we have got going, both in the private markets and the public markets,” said Draper.

Image Credit: Jarmoluk, For commercial use