The Bitcoin Myths Mainstream Media Gets Wrong Every Time 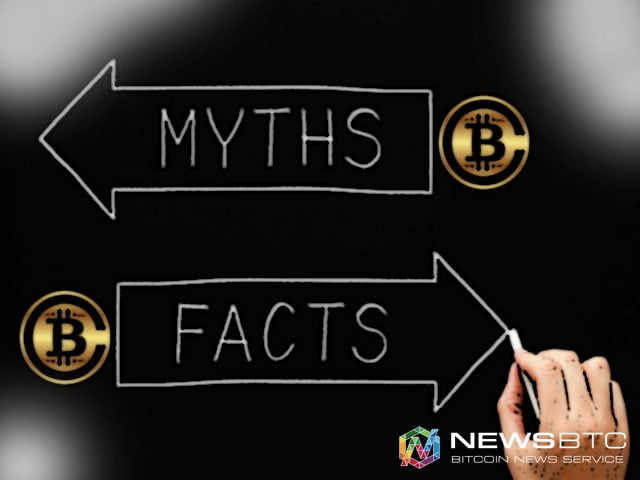 For several years now, there seem to be a lot of myths surrounding Bitcoin which need to be clarified and rectified. Several of these topics keep returning on a regular basis, showing an apparent lack of education as far as mainstream media is concerned. It is not all that hard to get some basic facts about Bitcoin right in the first place.

One of the most often heard comments is how Bitcoin has a CEO or leader, which is not true. Bitcoin has a creator, who goes by the Satoshi Nakamoto pseudonym, but never revealed his, her, or their original identity. Nor is there a need to do so, at Bitcoin and cryptocurrency are not about the people behind the code, but only the code itself. This also means there is no such thing as “arresting the Bitcoin CEO” or anything along those lines, a headline which seems to pop up now and then.

The second most common statement is how Bitcoin is volatile because it has no official backing. This is quite a contradictory statement, as something which is not backed has no intrinsic value, and can therefore not be volatile. However, Bitcoin does not need backing in the traditional sense, as the cryptocurrency is backed by confidence. Moreover, the volatility of Bitcoin does not make the currency useless by any means, as any currency in the world is subject to volatility on a daily basis.

Unfortunately, that is not the only contradictory Bitcoin statement the media has ever made. They also claim Bitcoin is both anonymous and completely transparent at the same time, yet neither of those sayings is entirely correct. Bitcoin is far from anonymous, as there is only a slight level of pseudonymity associated with this alternative form of finance. Additionally, all transactions are recorded on the blockchain in real-time, publicly visible to anyone in the world.

However, this does not mean Bitcoin becomes completely transparent all of a sudden. These types of myths need to be nipped in the bud, as pseudonymity does not allow for complete transparency. Traits which are mutually exclusive do not compute, and one would expect mainstream media to get that part right, at least. There is no need for mainstream media to create additional myths about Bitcoin, especially when they can be debunked so easily.

Last but not least, there is the ‘holy trinity” of Bitcoin myths which need to be addressed. Bitcoin is not only used for illegal purposes, although it is rather easy to slap that sticker on a concept people don’t seem [willing] to grasp completely. Nor is cryptocurrency used by terrorists, despite some internet criminals taking a liking to Bitcoin. The privacy issues associated with Bitcoin make it unsuitable for any illegal purpose in general.

The third party in this holy trinity is how Bitcoin is dead. Or to be more precise, Bitcoin has died so many times; most people gave up the count quite some time ago. This field of technology goes through certain issues that need to be addressed, but so does any other innovative concept. Right now, Bitcoin is at its peak of performance, and there is no reason why this trend won’t continue for quite some time to come.