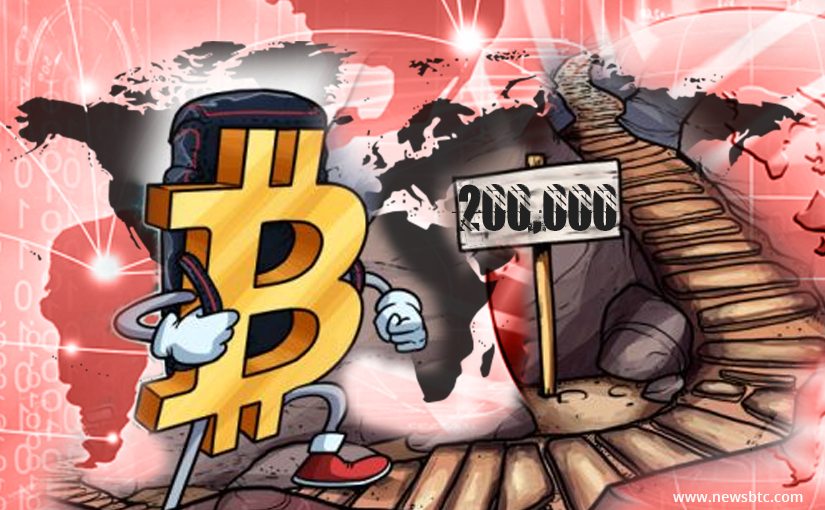 Bitcoin network congestion has almost become a weekly trend as of late. Not too long ago, around 160,000 transactions were awaiting confirmation. It appears that issue has not been entirely resolved since then. In fact, there are close to 200,000 transactions in the mempool right now. All of this goes to show something will need to change for Bitcoin. It is nowhere near mainstream-ready by now, that much is evident.

A growing mempool is rather troublesome for the Bitcoin ecosystem. While it is good to see more transactions take place, it also causes problems. More transactions without space to cram them in results in unnecessary delays. Additionally, it increases the average transaction fee for all other users. One Reddit user mentioned how his Trezor transaction fee spiked to US$247.87 when sending 1 Bitcoin.

Although such high fees are rather uncommon, it highlights a bigger problem. Right now, there are over 196,000 unconfirmed transactions in the mempool. Without a scaling solution, this situation will only get worse. It is unclear if these issues affect the Bitcoin Dominance Index as well, although it is possible. More specifically, Bitcoin’s dominance has dipped below 50% for the first time in history.

Transacting in Bitcoin has become a very real problem as of late.With transaction fees mounting, things are not looking all that great for Bitcoin right now. This does not mean the popular cryptocurrency will drop in value anytime soon, though. However, it also proves this cryptocurrency ecosystem is not ready for mainstream adoption by any means. The average user can’t send Bitcoin in a proper manner right now.

It is still unclear what is causing this major transaction delay right now, though. This backlog has been present for quite some time now. There does not appear to be any transaction spam taking place right now either. If this problem remains present for a few more weeks, things could escalate quickly. This is not positive news for the Bitcoin ecosystem by any means. Solving the problem may prove to be more difficult than most people think, though.

BitStarz Player Lands $2,459,124 Record Win! Could you be next big winner?
Get 110 USDT Futures Bonus for FREE!
Tags: bitcoinBitcoin NewsMempoolUnconfirmed transactions
Tweet123Share196ShareSend
Win up to $1,000,000 in One Spin at CryptoSlots