Bitcoin Paper Wallets Get a Swiss Facelift for the Holidays 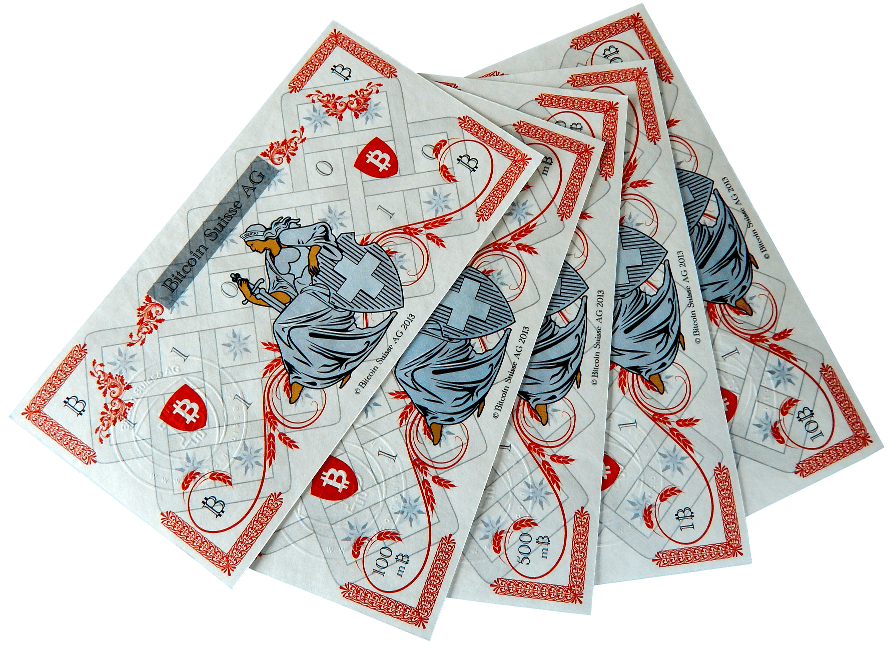 People have been conditioned for thousands of year to hold currency in their hands, but the modern phenomenon of Bitcoin paper wallets is quite different. The current paper currency system was originally just a receipt for funds held in reserve at a bank, not the actual monetary value itself. Now that the centralized banking system and nation-states have exploited this system for their gain of unlimited credit, people are moving to Bitcoin for sound money value.

Still, many are not comfortable with the idea of their money existing solely in the online world, and would like to hold a certificate of ownership in their hands. That’s where paper wallets can fill a market gap.

Switzerland is a haven of many useful economic tools that are a boon to the Bitcoin community. Electricity rates are low, so Bitcoin mining is not uncommon. Banking and financial regulations are favorable to those who live abroad. Plus, many great Bitcoin developers throughout Europe flock to Switzerland to do business and innovate.

This has spawned a new paper wallet that may help make owning a Bitcoin wallet a little bit more tangible and appreciated by the common man. Wallets are traditionally held in your hand or pocket, right? So Bitcoin Suisse AG has developed a new Bitcoin paper wallet that might work for many new to the Bitcoin way of life.

Everyone in the Bitcoin community knows that storing bitcoins offline is the safest way to go, which makes paper wallets a natural fit for the market. People are great at securing a physical note, but digital security is only a couple of generations old, and frankly we—as a society—are still very poor at it.

These paper wallets are made 100% offline, with no 3rd parties involved. The paper is polymer-based, making it highly wear-resistant and durable. The private key is printed on a strip of plastic, covered with a scratch-off layer, and is placed and fastened within the certificate between several layers of plastic and metal foil. Once opened, it is designed not to be closed again without signs that the wallet has been tampered with. Each wallet has an individual serial number and “a distinct surface structure,” with a Bitcoin Suisse hologram and company embossed logo.

The intricate design and built-in protection make the private key safe from X-ray, ultrasound and is also probe-proof, while special metallic silver ink is used to prevent forgery. The keys are never visible to the company’s staff during production, plus the unique coded information of each bill—along with the TxId, or transaction ID—that are associated with the loading of the certificate are published in an accessible register.

Buying-and-holding a majority portion of your Bitcoin in a safe or another offline vault is always a wise move. You can buy the paper wallets, which they call certificates, empty to load the bitcoins yourself, or buy the certificates with Bitcoin pre-loaded through them.