Bitcoin Price Forms Striking Correlation to Gold; What This Means for BTC 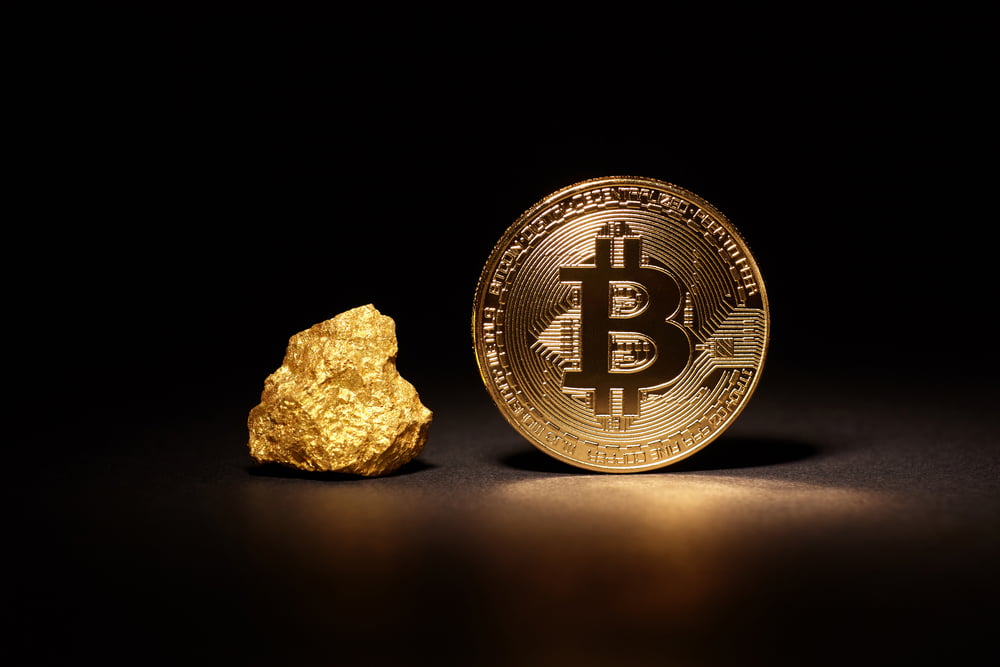 Bitcoin’s price action has been lackluster in recent times, and many attribute this to the cryptocurrency’s incredibly tight correlation to the stock market.

It appears that the cryptocurrency’s price action is growing more correlated to that of gold than that of the benchmark equities indices.

As such, where the precious metal trends next could offer investors significant insights into Bitcoin’s future price action.

One analyst is noting that he believes gold could currently be forming a clear distribution pattern, with it currently testing a breakout above the upper boundary of its channel.

If it faces a rejection around its current prices and begins declining from here, it is a strong possibility that it will see large losses due to the confirmation of this incredibly bearish technical pattern.

This could prove to be dire for Bitcoin, as its overt correlation with gold is likely to persist as global economic turbulence mounts.

It’s no surprise that Bitcoin and gold have been growing correlated in recent times. Both assets are looked upon as being “hard assets” than can be purchased to avoid the impacts of inflation and economic turbulence during tough times.

There are some underlying similarities between the two assets, despite one being digital and the other being physical – including their respective scarcity.

Although Bitcoin has a fixed scarcity of 21 million – and much less if you factor in lost coins – and gold continues to be mined daily, the precious metal has long been favored by investors due to its established history of trading like a “safe-haven” asset.

It also remains far lower than that seen by fiat currencies, whose value fluctuates purely based on actions being undertaken by central banks across the globe.

Investors appear to be taking notice of the similarities between Bitcoin and gold, as the two have seen strikingly similar price action in recent times.

One popular cryptocurrency analyst took notice of this trend, explaining that BTC has moved “lock-step” with gold over the past six months.

“BTC has been in lock-step with the price movements of gold the past six months. Looking at the two charts side by side, its rather obvious what direction Bitcoin heads next.” This Trend May Not Bode Well for BTC

The striking correlation between these two assets may be negative for Bitcoin.

One analyst recently noted that gold appears to be forming a clear distribution pattern, which could mean that it will soon see a massive decline.

He does note that this decline could be further perpetuated by the US Dollar’s climbing value.

“Gold – Potential bearish scenario – to be confirmed. Bias still remains cautiously bullish until this starts breaking down… If dollar keeps pushing up – Gold may be due [for] a decent pullback,” he explained.

If this pattern plays out as he expects it to, it could cause Bitcoin’s price to reel lower in tandem.