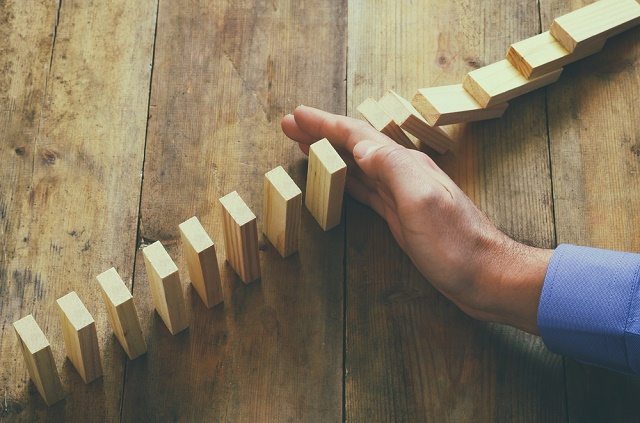 For the Bitcoin price to go to the proverbial moon, all of the stars and planets must align. By the look of things, that scenario is not so impossible to achieve as some people may assume it to be. The financial world is teetering, and the number of problems continues to increase. All of these events are favorable for the Bitcoin economy in the long run, albeit no guarantee for success.

Despite what most people tend to believe, the US economy is still in a recession right now. Increased interest rates by the Federal Reserve are a positive sign, but no solution. Albeit things are not looking as dire as they did in 2008 and 2009. There is still a long way to go before the situation improves.

The Global Economy Is Teetering

Interestingly enough, the US Dollar remains very bullish, as it has been for quite some time now. That being said, a bullish US Dollar is not positive for the global economy. Over the past few months, the price of oil took a serious hit due to this value increase. Emerging markets are also put in an awkward position when the Dollar is on the rise. If this trend continues, it is not unlikely corporate profits will take a serious hit in the coming months.

Most people have noticed how the Chinese government continues to devalue the Yuan. As things stand right now, the plan is to continue doing so at the rate of 12% per annum. In doing so, the Western world has to deal with waves of deflation. Not positive by any means, given the problems the Western economy has on its plate already.

Speaking of the Western economy, Italy might be the undoing of Europe in the coming months. The local banking system is bound to collapse very soon unless they are bailed out by the ECB. With close to one in five loans being labeled as “non-performing”, things are looking very bleak. If this collapse were to happen, it would put that Greece debacle to shame.

All of these problems are horrible in their own right. But at the same time, this is very positive news for the Bitcoin ecosystem. Unlike these financial markets, Bitcoin is holding its own with relative ease. Prices remain high, and there is still a lot of potential for a value increase over the coming weeks. While that is not a guarantee at this stage, Bitcoin is the only form of investment which continues to perform well every year.