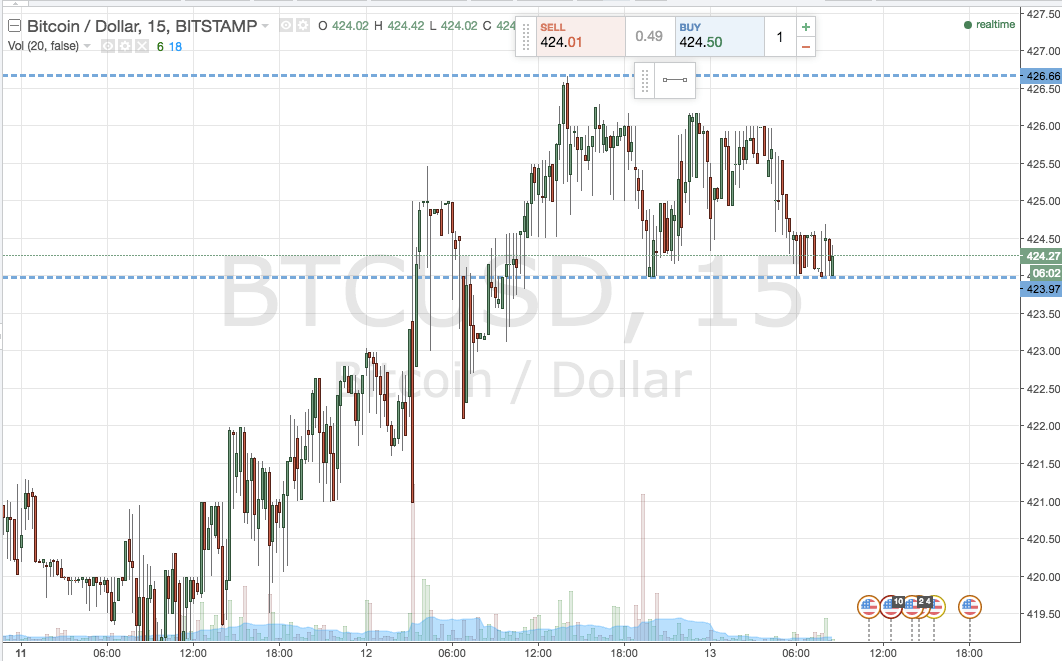 Sometimes it can be difficult to transfer what would be a traditional charting pattern in another, more commonly traded financial asset, to the bitcoin space. The ebbs and flows on the narrower timeframes are a lot more volatile based on the thin (relative) liquidity, and this creates all sorts of issues as far as target placement, completion and risk management is concerned. This doesn’t mean, however, it’s an impossible task. We’ve successfully brought both the head and shoulders pattern and its reverse counterpart into play in the bitcoin price watch analyses before, and if I recall correctly, a couple of flag and pennant patterns to boot. So, with this in mind, we’re going to have a crack at another today – a double top. The double top, as its name suggests, forms when two peaks form within a pretty narrow scope of one another, often the second one is a little bit shorter than the other but at max its at the same level. It suggests the momentum is running out of an overarching upside run, and that we are set for some downside – be it corrective or a trend change.

The chart below shows the double top that has formed overnight.

The highest peak sits at 426.66, and this will serve as in term resistance for today’s session (in that a break of this level will invalidate the pattern). The second peak is just below this level, around 426.3. The neckline, the breaking of which validates the pattern and puts us short, is around currently levels at 424 flat.

A close below the neckline on the pictured, intraday chart will signal a short position towards an initial downside target of 419 flat.

A stop on the trade somewhere in the region of 426 flat defines risk on the position.

In an invalidation (i.e. a close above resistance) we’d look to enter long towards 432, with a stop at 425 keeping things tight.