Bitcoin Price Watch; Here’s What’s On For The US Session 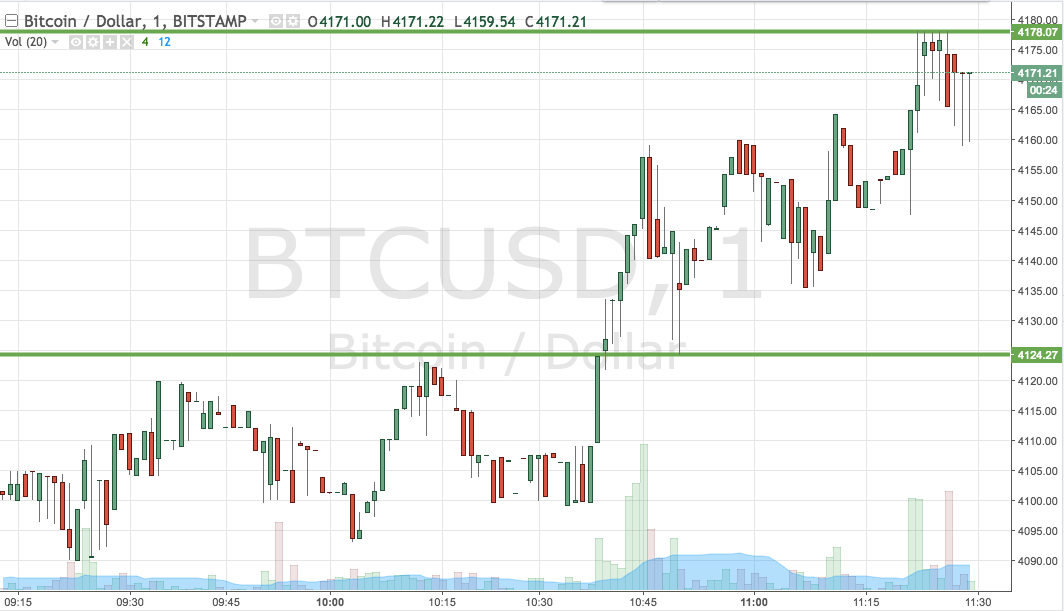 We have reached the end of the European session on Friday and it is time for our end of the week analysis moving into the US session and, beyond, into the weekend. When we conducted our analysis this morning, we highlighted a couple of things that we wanted to see as the session played out. First and foremost, we wanted to see a breakout that would give us the opportunity to jump into the markets as and when it happened. Second, and not quite as important but more as a sentiment kind of thing, we wanted to see the breakout occur to the upside and be followed by a sustained run in that direction.

As it turns out, we got both things we wanted.

Price ran through our predefined resistance level early morning and subsequently continued to appreciate towards current levels in and around the 4200 mark. We are now seeing a short-term correction, but with any luck, we will see a continuation of the current momentum moving forward.

So, in anticipation of this, let’s get some levels in place that we can use to take advantage of the action we are looking for. As ever, take a quick look at the chart below before we get started so as to get an idea of where things stand and where we are going to look at jumping in and out of the markets as and when things move. It is a one-minute candlestick chart and it has our range overlaid in green.

As the chart shows, the range we are looking at right now is defined by support to the downside at 4124 and resistance to the upside at 4178. If we see a break above resistance, we will enter longer towards a target of 4210. Conversely, a close below support will have us in short towards 4100 flat.

Tags: bitcoinBitcoin AnalysisBitcoin chartBitcoin Newsbitcoin pricebtcusdtrade bitcoin
TweetShare
BitStarz Player Lands $2,459,124 Record Win! Could you be next big winner? Win up to $1,000,000 in One Spin at CryptoSlots