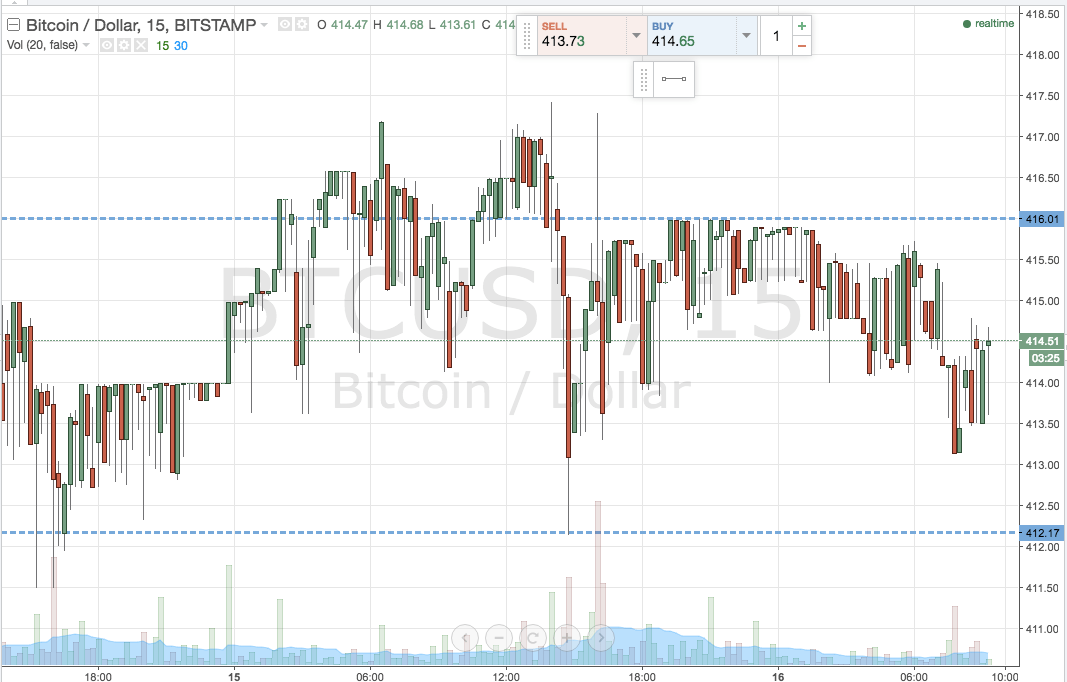 It’s Wednesday, and we can safely say that action in the bitcoin price, at leas on an intraday basis, has been nothing special so far this week. Things have remained relatively flat on very little fundamental updates, and a solid lack of catalysts has rendered our breakout strategy pretty ineffective. In order to take a profit from the market according to our strategy, we need two things. The first, a break in either direct, and a close above of below the level we slate as the one to watch in said direction. Second, a sustained move in the direction of the break – one that will carry us through to a predetermined target.

If we don’t get the first step, it’s no big deal – we just stay net flat and neither win or lose in the markets. It’s when we get the first step, but fail to follow through to the second, that trouble happens. Why? Because this is when we get an entry followed by a stop hit, and it’s happened a few times so far this week. Price breaks, reverses to trade within our range, and hits our stop. It’s not a terrible situation – that’s what our stops are in place for, after all. It can get frustrating through.

With this in mind, we’re going to widen things out a little bit today and see if we can get in on our intrarange strategy for a small, but welcome profit on any range volatility. Take a quick look at the chart to get an idea of the range in question.

As the chart shows, the range we are looking at is defined by in term support at 412 flat and in term resistance at 416 flat. We’ve got about four dollars to play with, so a stop no further than 1.5-2 dollars the other side of entry will suffice.

Long at support, target resistance. Short at resistance, target support. Stops as advised. A simple, tight strategy – let’s see how it plays out.