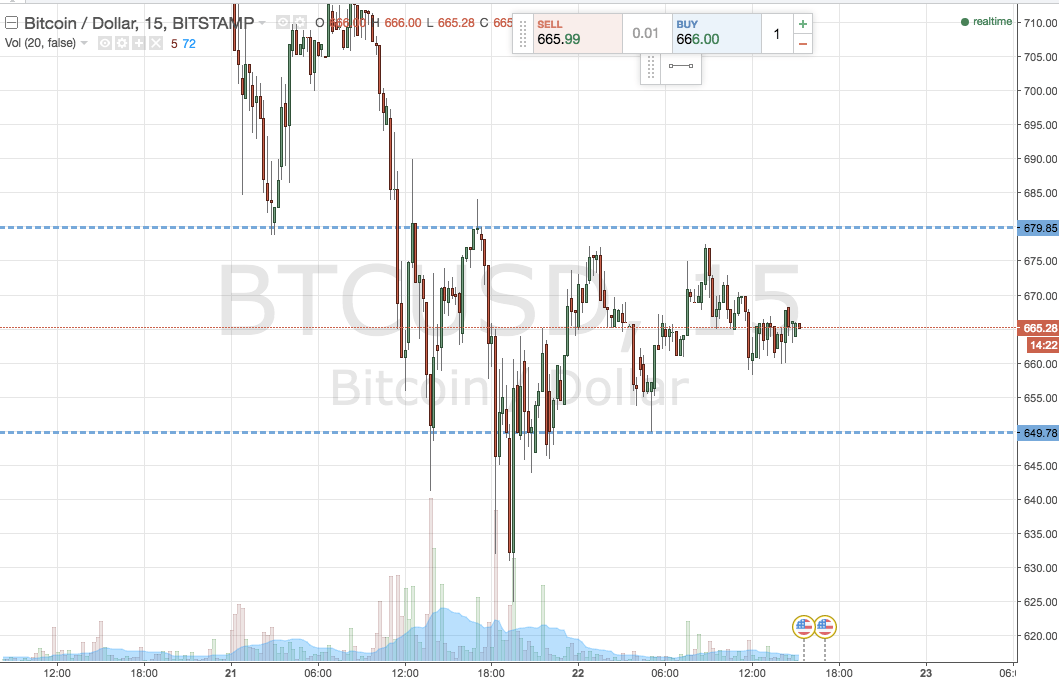 Yesterday, the sharp collapse in the bitcoin price marked the turnaround point in the wider market, and much of the gains registered throughout last week’s session (and this weekend just gone) were given back to the market. Those that sold on a speculative position anywhere between 730-750 made a smart move, and it now looks as though the gains were temporary, as opposed to a long term shift. Fundamentally, it looks as though the downtime at Bitfinex caused the slide, which is both good and bad. Good, because the downtime is not permanent, and is now resolved, so its impact should only weigh on sentiment for a short time. Bad, because it demonstrates the immaturity of the bitcoin space from an asset valuation perspective – if downtime in a single entity related to the space can cause a double digit percentage slip in the valuation of an asset at the core or an industry, there’s still plenty of room for maturation.

Anyway, let’s not dwell too much on that. We’ve got an evening session ahead of us, so what are we looking to trade in the bitcoin price, and where can we set up our range given the recent action? As ever, take a quick look at the chart below to get an idea of what’s on.

As the chart shows, the levels we are focusing on for this evening are in term support to the downside at 641 and in term resistance to the upside at 679. It’s plenty wide enough for intrarange, so long at support and short on a resistance correction.

Get 110 USDT Futures Bonus for FREE!
Tags: bitcoinBitcoin chartbitcoin pricebtcusdtrade bitcoin
TweetShare
BitStarz Player Lands $2,459,124 Record Win! Could you be next big winner? Win up to $1,000,000 in One Spin at CryptoSlots