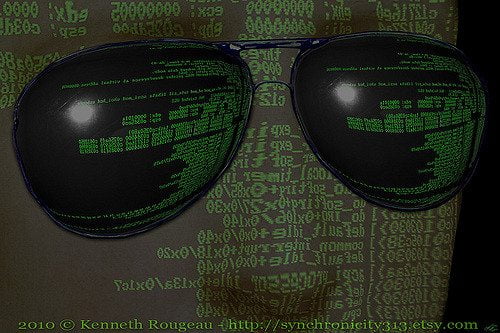 Ransomware has become a real plague for Internet users all over the world. There is nothing more annoying than using a computer only to have the end user completely locked out due to a piece of malware encrypting all of the necessary files. Various German hospitals have fallen victim to ransomware infections in the past few weeks, and the only option was to pay a Bitcoin ransom so day-to-day operations could continue.

Also read: Bank of Russia Sets Up Taskforce to Explore Bitcoin and FinTech

Throughout the past few years, various major institutions have fallen victim to the ransomware threat. One of the main reasons why this type of malware targets medical facilities, for example, is because they need access to their files at any given time. As a result, there is a much higher chance of getting the ransom paid in Bitcoin relatively quickly.

German hospitals have seen ransomware infections popping up on their computers in recent weeks, which disrupted healthcare services and made internal systems all but unusable. The only way to circumvent this issue is by paying the associated ransom in Bitcoin, as most types of ransomware prevent users from restoring access through a file backup.

Among the list of ransomware-infected hospitals are Klinikum Arnsberg and Lukas Hospital. Especially this latter one is of particular, as they refused to pay the ransom and pulled the plug on most of their IT infrastructure. Reaching the hospital can still be done over the phone, as it is the only contactless medium that is not connected to computers or the Internet.

Updating patient records is being done the old fashioned way, by relying on paper records filled out with a pen. Internal communication between departments is done by either dropping off files or faxing them around. IT systems in the Lukas Hospital remain completely offline for the time being until the matter can be resolved without resorting to making a Bitcoin payment.

Removing IT systems from the equation in this day and age is causing quite a strain on day-to-day normal operations. Most of the high-risk surgeries have been postponed until all systems are back online, which is quite a risky, but necessary, decision. Klinikum Arnsberg, on the other hand, managed to prevent most of the damage by quickly responding to the infection over email.

Just a week or so ago, the Hollywood Presbyterian Hospital was forced to pay US$17,000 in Bitcoin when they were infected by ransomware as well. Not having access to patient records and schedules is completely unacceptable in the world of healthcare, and the hospital quickly paid the funds to resume their daily operations.

Ransomware Needs To Be Stopped

Even though many people will blame Bitcoin for these ransomware attacks, the digital currency has nothing to do with the hackers’ intent to wreak havoc on computer systems all over the world. It is up to security experts to create a solution for ransomware attacks, and they have been able to do so up to a certain extent.

Paying the ransom fee is still the easiest and quickest way of removing the infection itself, as most types of malware will not allow users to restore a backup. While it is commendable to see both German hospitals refusing to pay the fee – as anyone should – it can take several weeks, if not months, until services are back to normal.