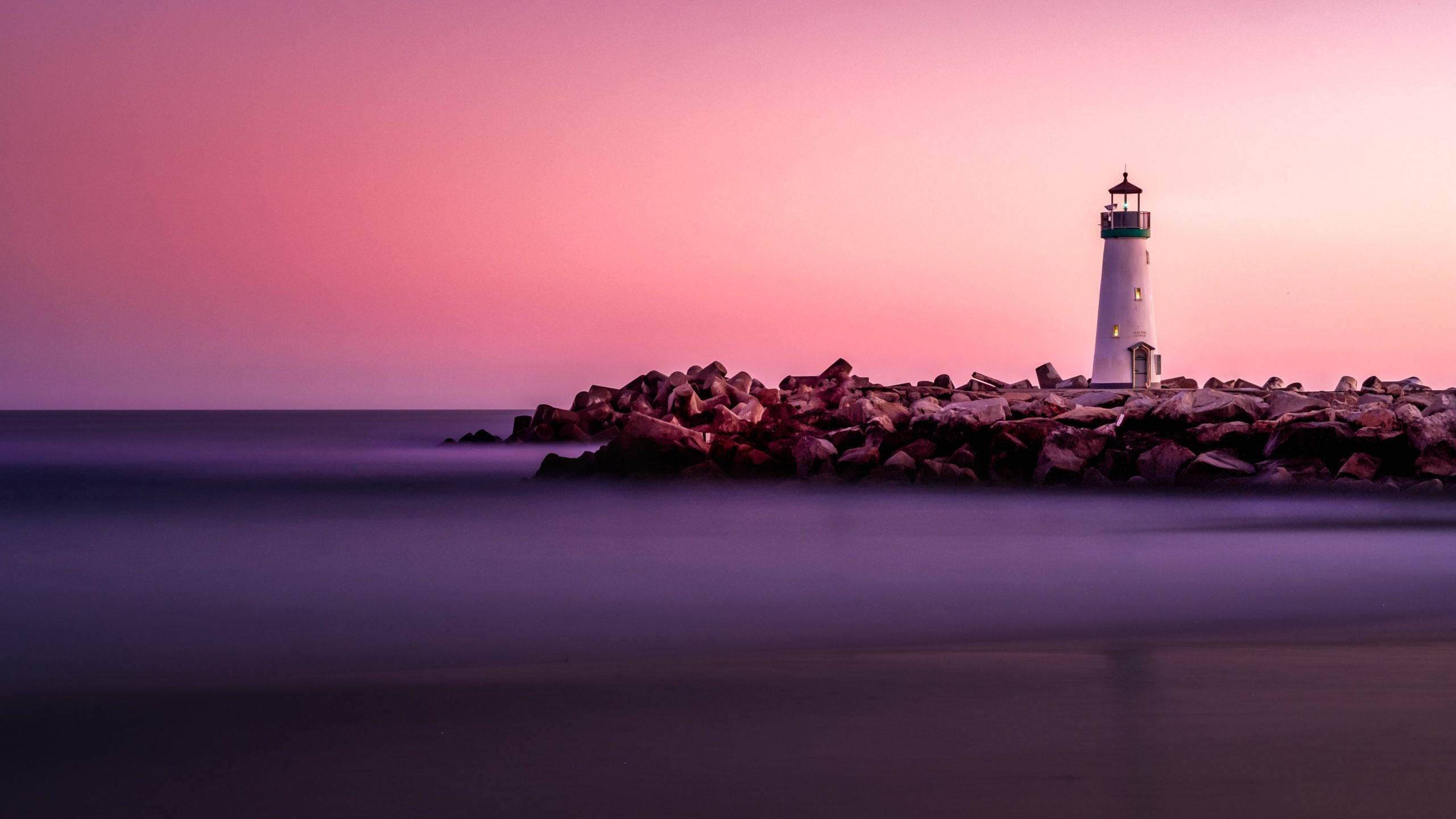 Just weeks ago, Bitcoin’s long-term outlook was anything but bullish. As the macroeconomy started to feel the effects of the coronavirus outbreak, global markets crashed in tandem, leaving no asset classes spared, crypto included.

This culminated in the middle of March in a massive liquidation event that saw stocks, commodities, foreign currencies, Bitcoin, and even gold plunge. In this move, BTC sliced through key support levels as if it was a hot knife through butter, billions were liquidated on margin exchanges, and investors began to call it quits on crypto.

But, the technical and fundamental outlook for Bitcoin has rapidly improved, so much so that the aforementioned crash has been entirely reversed.

According to a pseudonymous crypto trader, while Bitcoin’s long-term chart shows a stark reversal from 2019’s highs at $14,000, the downtrend has actually formed three positive signs: three bullish divergences.

Bullish divergences form when oscillating technical indicators trend higher as an asset moves lower, most often suggesting latent demand, which is followed by an eventual breakout.

The divergences the trader pointed to were notable as he found a total of three on a weekly time frame: Bitcoin has trended lower as the Money Flow Index, the MACD, and the Fisher Transform indicators have pushed higher. 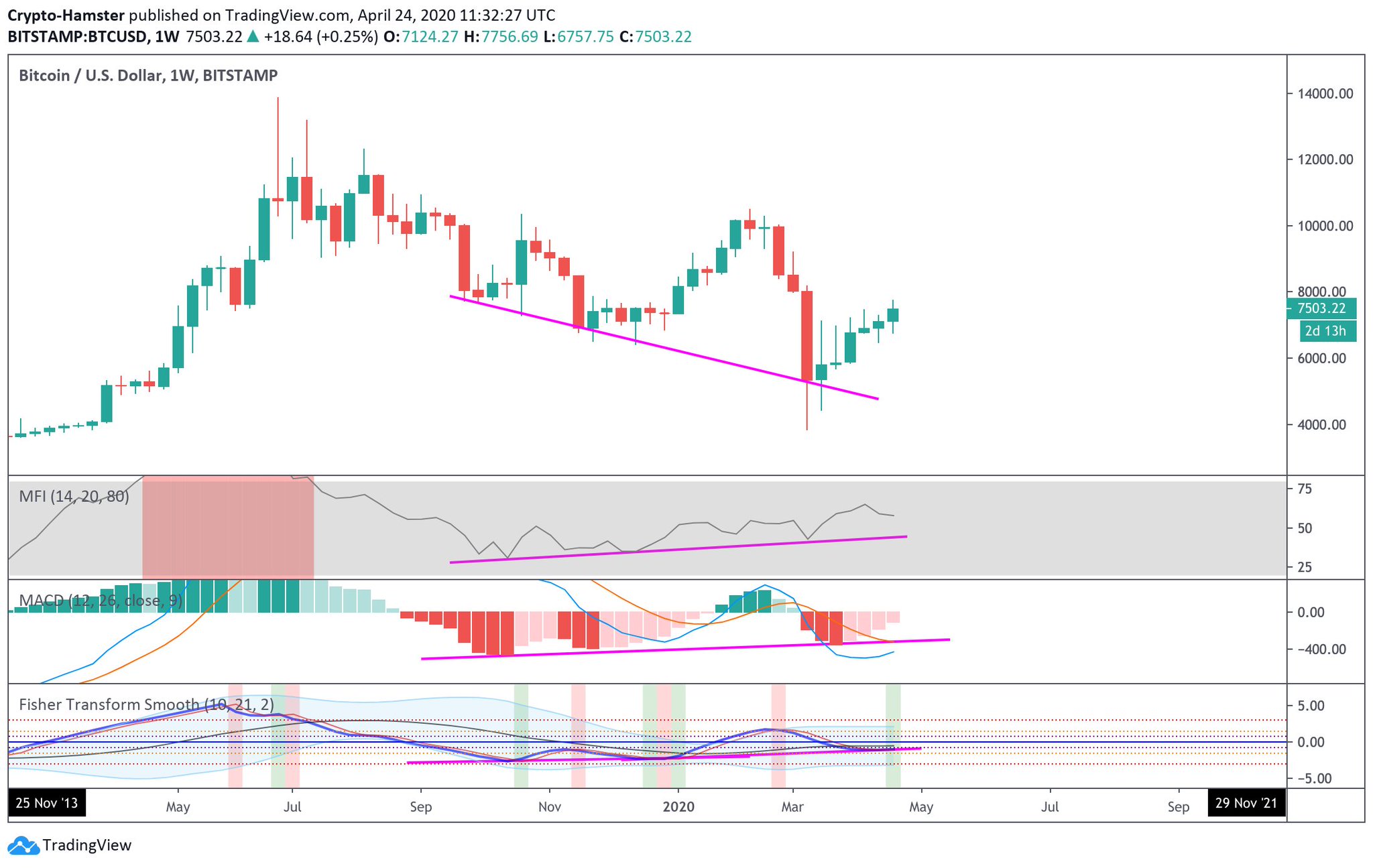 The fact that these divergences were found on a weekly chart corroborates the sentiment that BTC is poised to scale back into a longer-term bull trend.

The fundamentals present an equally-as-bullish outlook for Bitcoin.

Since the start of the ongoing coronavirus crisis, central banks have gone into overdrive to try and prevent the collapse of the economy. The Federal Reserve, in particular, has been extremely heavy-handed as Arcane Research shared in a recent report:

“The Federal Reserve’s balance sheet is climbing to new highs this week, now surpassing $6.5 trillion… [it] expanded by another $205.2 billion in the past week, to $6.57 trillion. It has ballooned by $2.4 trillion, or 58%, since the end of February,” they noted.

It’s a trend that the crypto research firm says should be a massive boon for Bitcoin, which is about to see its block reward halving event as central bank balance sheets have started to take on more assets. Arcane suggested that the eerie timing of these two trends could present a massive bull case:

“While [the] FED is printing money, Bitcoin has different plans with an upcoming halving in just three weeks. This will cut the yearly production in half, from 12.5 to 6.25 coins per block. This quantitative hardening may attract new investors to bitcoin, as ‘the money printer’ keeps running at full speed.”

Tags: bitcoin pricebtcusdbullish divergencetechnical analysis
Tweet123Share196ShareSend
Win up to $1,000,000 in One Spin at CryptoSlots