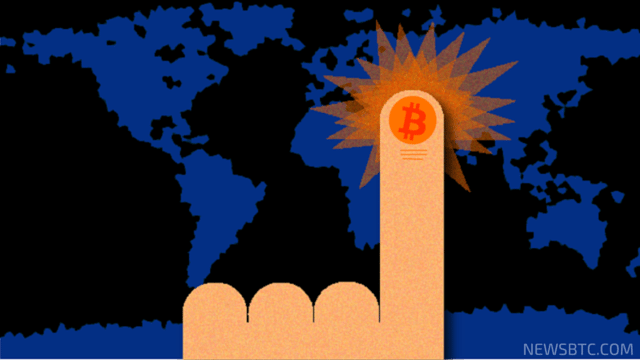 Bitcoin is often touted as the long-awaited answer to expensive remittance solutions, such as Western Union and MoneyGram.  Sending money overseas is a very costly manner, even when using bank transfers, But a recent report published by The World Bank shows how remittance transfer fees have started to decrease slowly throughout December 2015.

When one tries to send money around the world, it is important to take the associated fees into account. Convenience comes at a fairly steep price in the remittance world, and fees can amount to double digits rather quickly. That being said, there is an increase in the number of both sending and receiving countries worldwide, indicating a lot of people are still using these services despite the costs.

At the same time, the costs associated with remittance seem to be decreasing. Based on the report published by The World Bank, the average cost of sending a remittance transfer sat at 7.37%, which is a decrease from the previous level of 7.52%. On paper, this may not amount to much, but it’s a small step in the right direction.

Furthermore, most country corridors now offer options to send money around the world at a cost of less than 10% of the total amount. Exact numbers were not provided in the report, although there are now more countries where sending money has become cheaper. That being said, less than ten percent can still mean numbers of 9% or higher, which is still far from cheap.

To put this into numbers anyone can understand, a US$500 remittance transfer to the other side of the world will cost – on average- US$36.85. However, based on the sender’s location, that cost can be as high as 9.99% of the original amount, resulting in a fee of US$49.95. It is clear to anyone in the world to see there is still a lot of room left for future improvements and lower remittance fees.

There is no denying how sending money through popular remittance solutions like Western Union – as well as commercial banks – is still the most expensive solution. At the same time, post offices have started offering a similar and cheaper alternative, although fees are still sitting around the 5.88% mark on average. But there is a far cheaper option available to everyone in the world, and that is Bitcoin.

Bitcoin Is Cheap, Cross-Border, And Universal

Sending money around the world relies on three very simple factors. First and foremost, people have to be able to both send and receive the funds in a convenient manner. Travelling hours to the nearest remittance agency or post office is not convenient by any means. Especially now that so many people in developing countries are using cheaper smartphones, mobile transfers seem to be the preferred medium.

Secondly, the solution has to work across borders, without any interference from banks or governments in the process. As more players are involved in moving funds from country A to country B, the amount ending up in the recipient’s pocket will dwindle. Finding a cross-border money transfer service without too many intermediaries is a major challenge.

Last but not the least, people want to move funds across the world at the cheapest rates possible. Based on the Report by The World Bank, traditional finance offers no solution in that regard. But there is a more than viable alternative that checks all of these boxes, and more, in the form of Bitcoin.

Unlike what most people may assume, Bitcoin is a global payment method, that transcends country borders, and is not controlled by governments or banks. As a result, people can send money anywhere they want at little to no cost, while transfers take mere minutes to complete. Plus, Bitcoin wallets can be installed on a computer, mobile devices, or tablets, without requiring additional hardware to do so.

Tags: bitcoinCommercial BanksCross-borderG20money transferNewsOpinionremittanceThe World Bankwestern union
Tweet123Share196ShareSend
Win up to $1,000,000 in One Spin at CryptoSlots