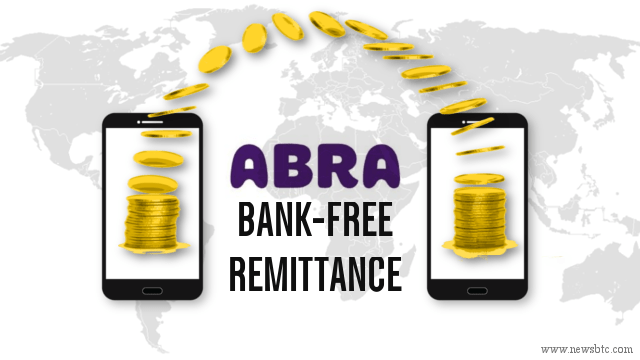 The Series A round drew support from noted investors like Arbor Ventures, RRE Ventures and First Round Capital. Other investors that took part in the funding are Blockchain Capital, Digital Currency Group, Liberty City Ventures, etc..

The total valuation of Abra, upon receiving the new funds, has now reached $14 million.

Announced in March this year, Abra is a brainchild of a seasoned technology entrepreneur Bill Barhydt. The former Netscape director said during the launch that he is looking forward to create more than just a Bitcoin mobile app. In his opinion, Abra is more like an “asset management system” that facilities economical money transactions throughout the world.

One can consider Abra as an “Uber of money transmission”. Only instead of taxis, the Abra network is made up of human ATMs, called Abra Tellers, who voluntarily signs up with the app as a portal to buy and purchase digital cash from. Any person wishing to send or receive money using the Abra app has to locate this portal near him, and it will take care of the rest of the transaction by charging a nominal fee.

According to the Abra’s latest blogpost, the app has already received pre-registrations for consumers and tellers from over 80 countries. Wei Hopeman of Arbor Ventures believes such a traction would help boost Abra’s business model globally. He particularly spoke about the app’s potential in South Asian markets which record large online transactions traffic via traditional banking channels.

“Making cash mobile will unlock a lot of opportunities in these markets and across the region,” Hopeman added.

Abra plans to channel the funds on app’s development and service expansion.

Tags: ABRAabra appabra newsBitcoin newsBitcoin Newsbitcoin remittanceNews
Tweet123Share196ShareSend
Win up to $1,000,000 in One Spin at CryptoSlots