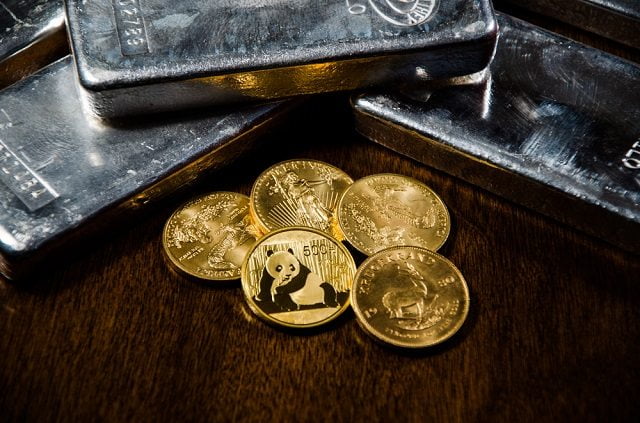 The Bitcoin Standard Would Bring An End To Central Bank Lending

Throughout the years, there have been several comparisons between Bitcoin and gold, as both types of monetary value share some similar traits on the surface. Neither Bitcoin nor gold has intrinsic value, they are both scarce, and mining is part of the process for both types of currency. But that is where the correlations end and banks tend to bash Bitcoin because it can’t live up to the “gold standard”. That is not too surprising, considering how both of currency are completely different.

Also read: The Retail Sector Foresees the Rise of Bitcoin by End of Decade

Banks Are Legitimately Afraid of Bitcoin

While banks will never fully embrace Bitcoin as we know it today, there is no reason for blatant disrespect of this popular digital currency either. Bitcoin has become increasingly popular over the past few years, and that has been a thorn in the side for banks, as digital currency is direct competition for the centralized banking system.

Comparing Bitcoin to gold is great, but in the end, ultimately futile, and based on a few misunderstandings. While it is true the total supply of gold cannot be manipulated by central banks, the majority of this precious metal is stored in bank vaults. Moving funds out of that fault requires time and a lot of paperwork, giving banks a way to exert control over the availability of the current supply. Bitcoin, on the other hand, can never be controlled by financial institutions, and is vastly different from gold in that regard.

Oddly enough, banks are not for digital currency price volatility either, but if there would ever be such a thing as the “Bitcoin Standard”, having no volatility would lead to flat trading markets. Reduced volatility on the market would be beneficial to economies in some way as the current slippery slope downwards for various fiat currencies is not doing much to improve the situation either. A Bitcoin Standard would not necessarily prevent financial crises from happening, though.

The Bank of Canada Report states:

“That central bank fiduciary currencies are redeemable on demand in gold or Bitcoin opens up the possibility of runs on central banks because of concerns about their ability to meet demand. The possibility of such runs means that a central bank can only issue its fiduciary currency up to a point. The ability of a monetary authority to act as lender of last resort under either the gold or Bitcoin standard is limited. This is in contrast with the almost unlimited ability of central banks to act as lenders of last resort under a fiat monetary standard.”

One of the biggest problems banks has an issue with is how adopting digital currency would not give them the option to act as lenders of last resort. Central banks are unable to implement interest rate policies on digital currency, as they have zero control over it. For the consumers, this is a very positive aspect to take note of. But it is often referred to as one of the fundamental weaknesses in Bitcoin.

This is exactly where most of the negative attitude banks have towards Bitcoin comes from. Embracing a decentralized digital currency would make them just about obsolete in the lending game, which is also one of the biggest areas of income for any financial institutions these days.

Tags: bankbank of CanadabitcoinBitcoiN StandardCentral Bankdigital currencyLendingNewsOpinion
TweetShare
BitStarz Player Lands $2,459,124 Record Win! Could you be next big winner? Win up to $1,000,000 in One Spin at CryptoSlots