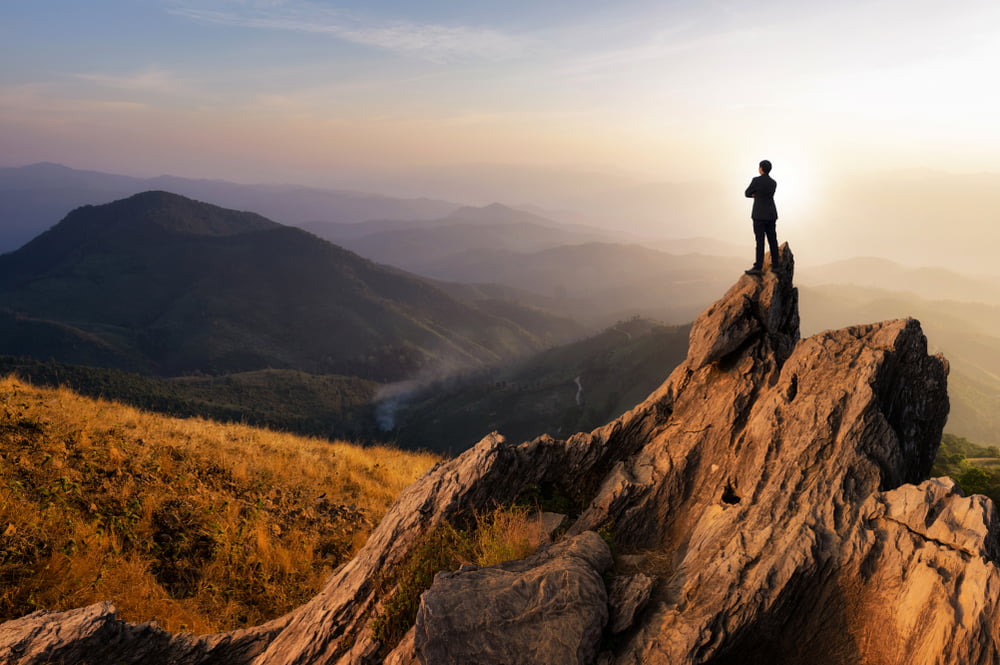 Bitcoin (BTC) may have tapped $9,100 on Thursday, rallying by 5% within minutes, but analysts are starting to fear that the crypto market is cooling… rapidly. The cryptocurrency is now down by 5% in the past 24 hours, finding itself at $8,250 after bouncing off $8,000 in a characteristic bout of volatility. This, in the eyes of countless traders, lends to the conclusion that Bitcoin is peaking in the short-term, and may be poised to collapse.

Bitcoin May Be Topping Out

Last week, Bitcoin Bravado’s lead analyst, Jack, suggested that bulls were quickly losing traction. Many quickly laughed this harrowing comment off as BTC rallied past $8,300 earlier this week, breaking above a triangle formation that had seemingly been the last stand for bears in a surprising weekend move.

Yet, with Bitcoin falling from $9,100 to $8,000 today, Jack has doubled-down on his idea that “we have reached the bull exhaustion point” in this short-term market cycle. In a recent Twitter thread, the analyst broke down his thoughts, explaining why Bitcoin’s upside is limited and why the $4,900 to $5,125 region will act as somewhat of a price “magnet” in the coming months.

$7900-8000 is our support level, once broken should turn resistance and then confirms reversal of trend

Here is what I think? pic.twitter.com/J1XWPq7dlW

With this, Jack explained that if Bitcoin revisits and closes under $8,000, he would be inclined to suggest a steady pullback to $4,900 into late-2019. Analyst Dave the Wave, like Jack, also believes that a collapse and close under resistance from here will send Bitcoin to the $5,000 range, which is where this bullish move started.

Although Jack has been more bearish than most, he isn’t the first to think that Bitcoin is topping here. On Twitter, Ledger Status suggested that the top is in, looking to the fact that BTC has just encountered and failed to break past a bearish part of the Ichimoku Cloud. It isn’t the most optimistic sign, that’s for sure.

Bitcoin may have room and the fuel to run, despite what the aforementioned technical levels say. In a recent TradingView analysis, Filb Filb remarked that in early-2018, 7,300 BTC worth of shorts opened on Bitfinex in the $11,600 to $13,800 level. Assuming that some of these positions have yet to close, Filb explains that as the cryptocurrency market continues to push higher, shorts will become increasingly under pressure to cover, thereby buying BTC spot and pushing up prices as a result.

What’s more, he expects for the “Fear of Missing Out” (FOMO) and the 0.618 Fibonacci Retracement level to act as a magnet, potentially giving Bitcoin the legs to run to the $12,000 range. With this, he concludes that “Bitcoin has enough in the tank to break $10,000”.

He isn’t the first to have made such a suggestion. In a comment obtained by MarketWatch, Think Markets’ chief financial analyst Naeem Aslam revealed that he believes Bitcoin is still in a decidedly bullish state. He suggests that BTC is about to “blast past the level of $10,000”. The analyst explains that BTC being far above its 50-, 100-, and 200-day moving averages suggest that bulls currently have their hand over the cryptocurrency wheel, opining that these technical levels “define the trend.”

Indeed, Bitcoin sure has the capacity to hit $10,000. But, as put by Peter Brandt, “once a majority of sold-out crypto bulls capitulate [around $10,000]… a more sizable correction will likely occur.”

Tags: bitcoincryptomarket
Tweet123Share259ShareSend
Win up to $1,000,000 in One Spin at CryptoSlots