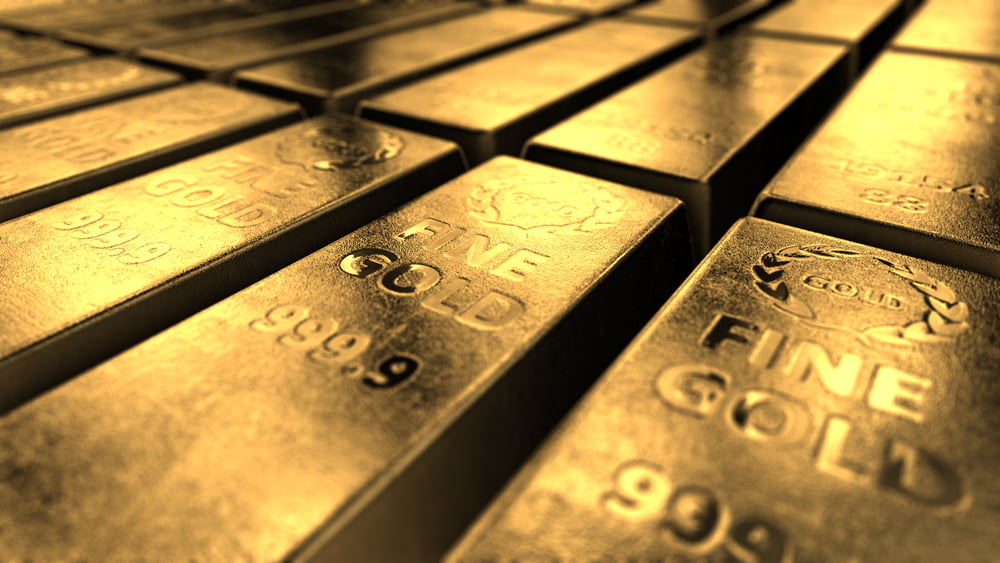 Global markets are in turmoil today as news of a Saudi Arabia-led crude oil price war caused selloffs around the world. Bitcoin joined the decline too with its own agonising plunge but gold price is holding up great.

Market analysts from both cryptocurrency circles and elsewhere continue to debate which asset represents the better store of value. Bitcoin might have it on paper, but gold boasts a much stronger historical precedence.

Gold is one of the few markets around the world that remains relatively stable following mass selloffs just about everywhere else. Yesterday, news broke that an agreement between Russia and OPEC fell through, leaving the market preparing for cheap Saudi Arabian oil to flood the market.

As oil prices tanked harder than they have in around 30 years, stock markets around the world also started to feel the strain. Selloffs have seen the S&P 500, for example, fall more than six percent over the last 24-hours according to CNN Business.

Uncertainty surrounding the continued spread of the coronavirus already had markets looking shaky prior to the collapse of the oil agreement yesterday. Recently, NewsBTC reported on the impact the epidemic was having on stock markets.

Those assets typically thought of as safe havens, such as gold, have fared consistently better than other markets. Bitcoin too had seemed to benefit from the spread of uncertainty. That was until today.

As news about the collapse of the OPEC/Russia agreement spread, Bitcoin price dropped hard. From around $8,750, the leading crypto asset plunged to less than $7,740 at the time of writing.

Evidently, Bitcoin investors are not immune to the fear gripping those in other markets. The safe haven narrative that many have previously touted is, clearly, not quite accurate yet.

Gold on the other hand is proving itself to still be the ultimate safe haven asset in times of strife. Rather than decline like many other global markets, gold has actually held close to its yearly highs remarkably well.

Of course, the likes of Peter Schiff, renowned gold bug and Bitcoin naysayer, took the opportunity to laud gold’s apparent superiority over Bitcoin:

Bitcoin was created after the 2008 financial crisis and hodlers always assumed that it would be the safe-haven of choice during the next. Looks like they assumed wrong. If #Bitcoin is not a currency, not a store of value, and not a safe haven, then what is it and why own it?

Bitcoin Has More than a Thousand Year Head Start to Overcome

It’s clear from today’s mass selloffs around the world that Bitcoin is not yet the store of value many would like people to believe. It would be quite incredible, at this point in its story, if it was too.

For something to really function as a safe haven investment asset, people need to trust it. Trust is not something that you can instantly create or buy.

Trust grows the more familiar an individual is with something. Gold, having been basically the same for thousands of years, has earned more trust than any other asset on the planet.

However, it’s not perfect. Gold is difficult to move in great quantities, hard to safely secure, tough to divide, and its scarcity is debatable. These qualities make it a less than ideal form of money.

The thing that gold has in abundance, which Bitcoin is still working on, is trust. People are confident that the bullion they hold today will be worth something in the future.

This isn’t the case with Bitcoin, of course, since most people alive remember a time before Bitcoin. However, the longer the network functions with all but 100 percent up time, the more trusted it will become.

Every person born today will never know a world without Bitcoin. It might not be the planet’s preferred store of value today but that’s not to say it won’t ever be.

Tags: bitcoingoldsafe haven
Tweet123Share209ShareSend
Win up to $1,000,000 in One Spin at CryptoSlots