Bitcoin Taxis Soon to Become a Norm around the World 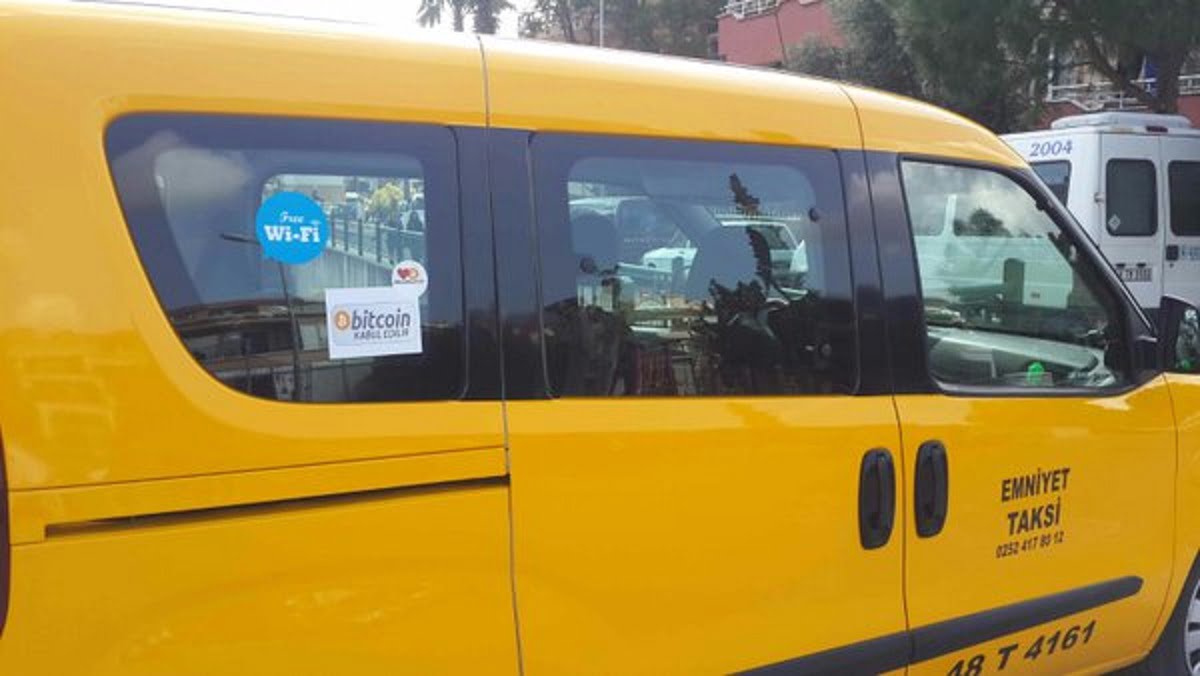 Tourism is one of the largest industries in the world. It was stated to be worth over $7.6 trillion in 2014. Increased purchasing power combined with cheaper air travel has shrunk geographical boundaries. While travel becomes cheaper, more and more people now prefer to go for a vacation overseas than in their own country.

Tourism also promotes foreign exchange. However, tourists end up paying more with the local currency due to foreign exchange fees and other related expenses. Also, every country has a higher limit for the amount of cash one can carry out of or bring into the country. Tourists rely on a small amount of cash they carry from home and any additional expense is either charged on their cards or travelers cheques. Every time someone swipes a foreign card or use an ATM in a foreign country, they end up losing some money towards conversion from their home currency to that of the host country.

Now, with the emergence of bitcoin as a truly global currency, one can pay the exact amount in bitcoin for any goods or services purchased overseas. Bitcoin transactions don’t come with any additional costs. However, bitcoin is still in the process of being adopted by merchants across the world. Travel is an important part of tourism (after all one has to travel to be a tourist). While airplanes cover long distances (from one country to another or between states), tourists will have to rely on public transport or taxis once they arrive at their destination.

Taxis – A Tourist’s Choice of Transport for Commuting

Taxis are the most used mode of transport by tourists across the world. In an attempt to make the place more tourist friendly and drive bitcoin adoption, Emniyet Taksi in the resort city of Marmaris in Turkey has introduced bitcoin payments. Tourists taking the Emniyet Taksi cabs can now pay for their ride in bitcoin. Bitcoin accepting taxis is an initiative of one Mr. Kursat Oncel, a tourism entrepreneur. Apart from taxis, he is also working with hotels, restaurants and travel agencies in Marmaris to include bitcoin payments in their establishments.

Apart from being easy on tourists’ pockets, bitcoin payments also make the life much easier for those in the tourism industry. It will reduce confusion regarding currency conversion rates and denominations while transacting with tourists. In addition, payments made with bitcoin are received by the merchant within minutes without any issue of chargebacks.

Bitcoin payments for taxi and car rental services are not just applicable to the tourism industry, but also for regular commuters. International on-demand ride for hire providers like Uber sometimes faces issues due to varying transaction models used in different countries. For example, when Uber entered India, they started facing issues with their credit card payment system integrated into their application. India has less number of credit card users and the central bank requires two-factor authentication for each card transaction. This was a setback to the ride service provider. They eventually found a workaround by partnering with mobile wallet services. But, if they had bitcoin as an alternate payment option, they could have ensured undisrupted service while they figured a way to address the credit card problem.

It is not applicable just to India and Uber but for all the services around the world. Turkey’s Emniyet Taksi service has now joined a small exclusive group of cab services that offer bitcoin payment option to their customers. Eventually, we will see more and more such services include bitcoin payments.