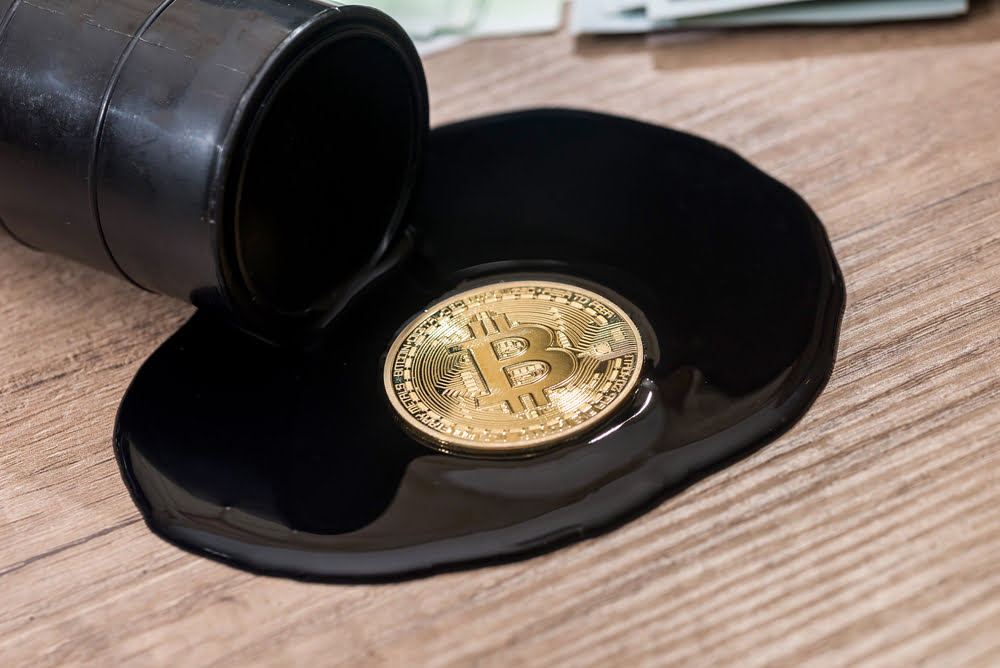 Mining for Bitcoin is a unique and modern twist on what has typically been a traditionally non-digital activity that has powered economic growth around the world for centuries – oil mining.

Although mining for oil and mining for Bitcoin share few similarities beyond the principle concept, a unique system in place at a Canadian oil field creates an unlikely partnership that essentially generates Bitcoin as a byproduct of oil.

The operators of a large oil field in Canada are cashing out on the cryptocurrency phenomenon by using the wasted natural gas that results from mining petroleum to power a Bitcoin mining operation.

On the oil field, large shipping containers sit side-by-side with oil derricks and other oil-related industrial machinery, forming a symbiotic relationship in which the natural gas that results from the mining operation is directed into a electricity generator that powers a decent sized Bitcoin mining operation.

By utilizing the natural gas, rather than flaring it as many oil fields do, the company is able to offset their operational costs by profitably employing a byproduct of oil mining that is typically wasted.

Natural gas prices have plummeted over the past few years, and the market supply is so high that there are very few ways to utilize it in a way that is profitable, but using it to generate electricity to mine cryptocurrency may become its next big use case.

As first reported by the Wall Street Journal, Stephen Barbour – a consultant that works with oil companies to lower their operational costs –  is the mastermind behind this clever utilization of natural gas, and claims that the idea came to him after reading about the potential profitability of mining Bitcoin.

“I knew about all the wasted energy that goes on… Reading about bitcoin mining and how it could monetize energy through the internet, I just thought that was unbelievable,” he said.

Ryan Wartman, a production foreman for Black Pearl Resources – the company that owns and operates the aforementioned mining field in Canada – told the Wall Street Journal that by directing that natural gas into the crypto mining machine, they are also able to reduce their gas output to below government regulation, which allows them to mine more oil.

“It was the best option for us… We’re using it to bring ourselves below the government-regulated amount that we can vent on location and keep producing oil,” Wartman explained, noting that they are able to keep the oil well operating 24 hours per day by directing the natural gas output into the crypto mining rigs.

Because the price of Bitcoin is just slightly above its 2018 lows, and crypto mining profitability has plummeted over the past year, the key component to a profitable mining operation is cheap energy, and it doesn’t get much cheaper than using a resource that would otherwise be wasted.

Furthermore, by reducing the oil field’s natural gas output, they are able to keep their wells running for longer periods of time than would otherwise be allowed, which leads to a larger oil output.

Because this unlikely marriage between oil wells and Bitcoin mining rigs is proving to be highly profitable, it is likely that other fields will begin adopting a similar system.