Why Bitcoin should be at the top of your Christmas list 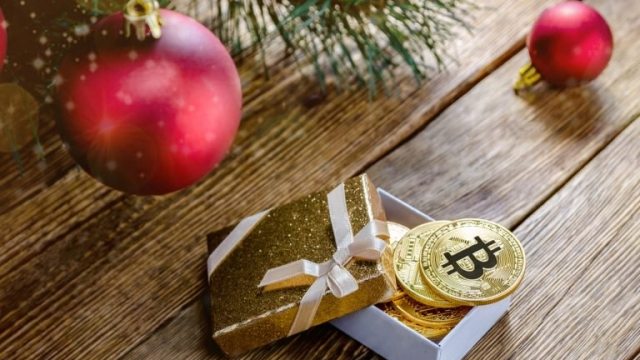 This year has been nothing but monumental for Bitcoin and its brethren, the King of crypto has shown an 1800% gain since January. A rise from $950 to $20,000 is a remarkable feat rarely matched by any stock or commodity. However there is a downside with a parabolic rise on a trading chart, things that go up that fast will also crash that quickly as Bitcoin proved by shedding almost 40% in a few days last week. Volatility is too mild a word to use for something that swings by $8,000 in less than 48 hours.

While Bitcoin itself may not be the money of the future, it is on the right path with a decentralized market-driven approach to currency. The lack of mainstream regulation has not hampered the public hype and crypto-mania behind Bitcoin and its sibling altcoins, which have also shown remarkable increases in price this year.

To look at the downsides first, the price could collapse further than it has already done this week due to extreme volatility and exchanges not being able to cover themselves should everyone cash out at the same time. However the trend lines have been rising sharply all year and despite shaving over a third off its value twice in the past six months BTC looks set to continue back upwards.

“It’s a revolutionary new technology that is already changing the way that money is perceived and used. For all of the reasons stated above, it’s important that you understand that this is a seismic shift that is poised to completely change everything… not just payments and remittances, but the entire concept of “money” as we know it.”

At the moment Bitcoin is used primarily to invest and trade, you can’t actually live off it. The extreme volatility of the price chart makes it a good platform for trading but completely impractical for day to day living. On the upside the distributed public ledger eliminates the need for middle men, ie banks, to control and profit from your money which makes it in theory the best way to perform international monetary transfers. Once markets have settled and stabilized one or more digital currencies will emerge as the defacto standard, at least temporarily, while the technology evolves and new players emerge.

When people can trade with each other directly without the need for exchanges then crypto will truly become decentralized. At the moment digital currencies are highly experimental and investing in them would be just like investing in a startup, which effectively is what Bitcoin was back in 2009. We’ve seen the Big Bang of cryptocurrencies in 2017, next year will be inflation and expansion so invest wisely and always do your own research. Happy holidays.