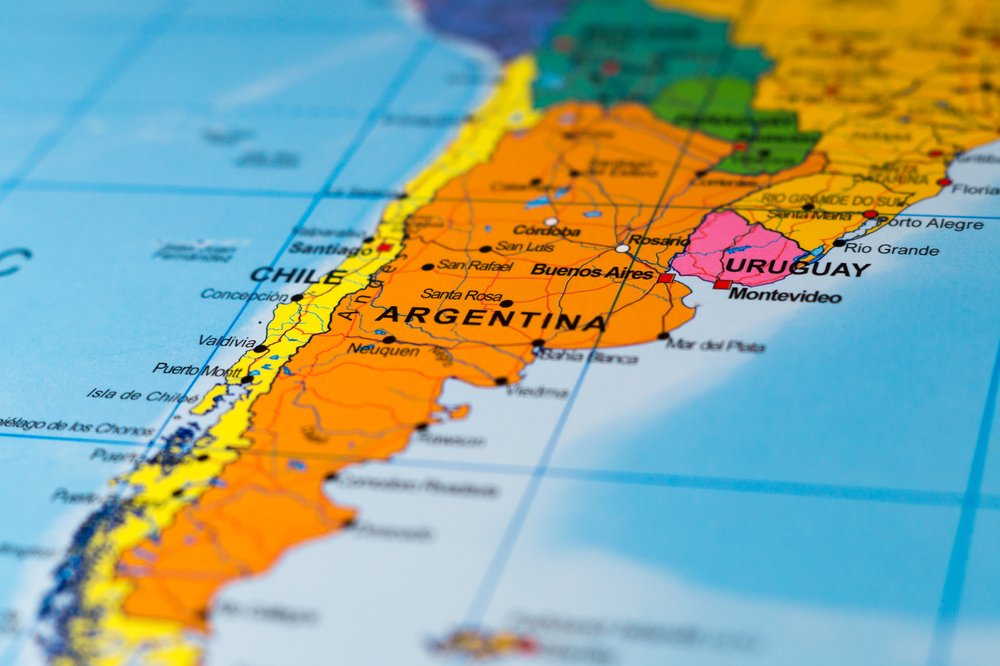 Bitcoin is trading at a large premium on cryptocurrency exchanges in Argentina. Demand remains high after the nation’s central bank announced a further tightening of a limit on the number of dollars an individual can purchase from it each month.

The policy essentially forces the people of Argentina to either sink of swim in an economy with a less than perfect track record. Well, it would, were it not for Bitcoin.

According to data taken from local cryptocurrency exchange Ripio, Bitcoin is trading at a large premium in Argentina. Whereas Coinmarketcap has the price of the leading digital asset at around $9,150 at the time of writing, Bitcoin is currently selling at the South American trading venue for ARS$633,862 ($10,578).

The nation has been in the grips of successive economic crises which have seen the value of the peso plummet. In an attempt to stabilise the currency, the central bank first limited the amount of dollars an individual could purchase each month to $10,000 in September. Just days ago, it drastically increased this restriction to just $100 in physical bank notes per month.

Bitcoin was already trading at around a 12 percent premium in the nation before the recent tightening of restrictions. Journalist Camila Russo highlighted this via Twitter in September. In fact, even the dollar-pegged stable coin DAI even traded at a steep premium.

In Argentina, Dai is trading at 71.6 pesos, while the U.S. dollar rate is at 56. That's a huge premium to hold digital dollars. Reason: Tightening currency controls ??

Other digital currency trading platforms serving the nation offer Bitcoin with an even more extreme price premium. At peer-to-peer marketplace LocalBitcoins, the cheapest offer to sell Bitcoin is above $10,000 at the time of writing. The next cheapest is for $10,805 – an increase of more than 18 percent on global average prices.

Meanwhile, Paxful, another peer-t0-peer marketplace with an Argentina-facing department has few offers to sell Bitcoin. The only one listed at present is for the local currency equivalent of more than $11,150.

Along with the price premiums, there is evidence that volume is increasing at Argentina’s Bitcoin exchanges too. UsefulTulips.org shows both the percentage from the average global BTC price and the US dollar equivalent in trading volume at Argentina’s LocalBitcoins. The week starting October 20 saw more than $170,800 worth of Bitcoin change hands. By contrast, in the first four days of this week, starting October 27, more than $200,000 worth of Bitcoin trading occurred. 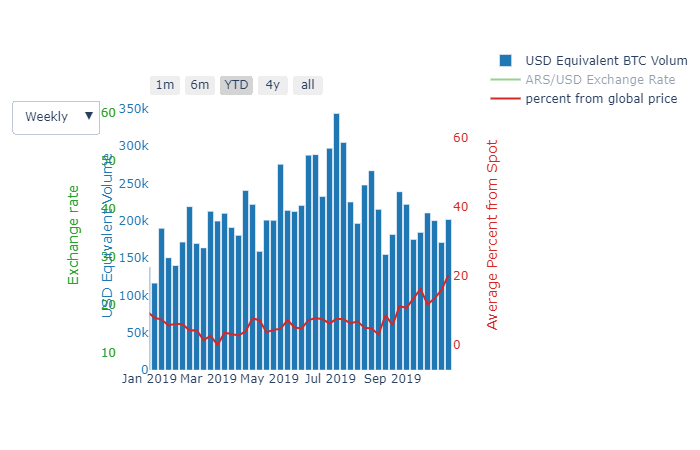 With its attack against those wishing to protect wealth in US dollars, the Argentine central bank may well be further influencing the adoption of Bitcoin in the nation. Being a peer-to-peer financial network at its heart, Bitcoin transactions are much more difficult to censor than those involving centralised institutions. Given the harsh central bank restrictions, which force citizens to essentially “sink with the ship”, it seems likely that Bitcoin will become even more attractive to those living in increasingly dire economic circumstances.

Tags: argentinabitcoinPrice premium
TweetShare
BitStarz Player Lands $2,459,124 Record Win! Could you be next big winner? Win up to $1,000,000 in One Spin at CryptoSlots