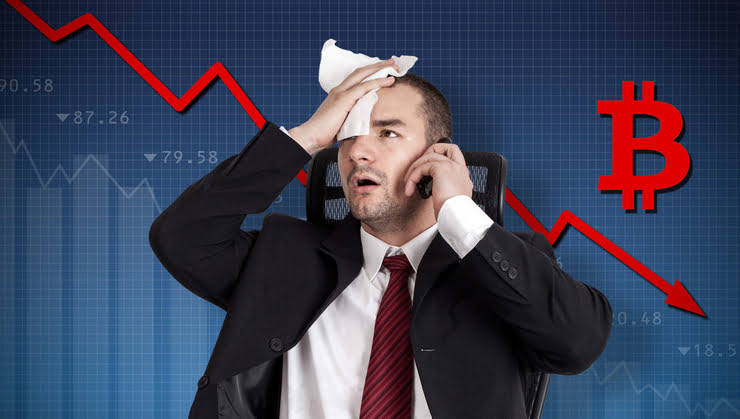 Bitcoin plunged lower on Wednesday, continuing its correcting downtrend after hitting a near two-week high at $12,086 earlier this week.

The benchmark cryptocurrency fell by up to 6.41 percent to $11,160. Its move downhill extended the net pullback to 7.47 percent, signifying a renewed selling pressure in the $11,700-$12,000 area. That was the fifth time since August 1 the price rejected $12,000 as its price floor to expand its prevailing bull run.

Conversely, the rejections paved the way for BTC/USD to retest flipped support levels near $10,500. Market analyst Nico was quick to point out the bearish target in his tweet following the Wednesday plunge. He noted that losing any support near the 50-day moving average would expose BTC/USD to further bearish pressure.

“If we want to remain bullish (looking for 13k) a bounce from here is needed,” said Nico. “Otherwise, losing support level & making a LL would lead to a further pullback (10.5k area).”

Another market analyst –a pseudonymous entity – pointed Bitcoin in the same direction. He stated that the cryptocurrency is not going anywhere until it holds above $11.1K. Nevertheless, breaking the level would–again–increase the likelihood of the price falling towards $10.5K.

Not only technicals, but fundamentals are also suggesting a short-term corrective course for Bitcoin.

It is because of the US dollar index and its surprising rebound from its two-year low that started on Tuesday. Investors moved back into the greenback after witnessing a better-than-expected growth in the US manufacturing sector. That suggested that one of the worst COVID-hit nations was on a path to recovery.

Or, investors found the US dollar too attractive as it traded near its multi-year lows. They managed to buy some back at cheaper rates, expecting that the next big rebound would give them some profits to count. Indeed, they reduced their exposure in safe-haven assets to follow the fiat strategy, affecting both gold and Bitcoin.

Nonetheless, expectations that US interest rates would remain near zero for a longer period are likely to put a solid price floor under Bitcoin and gold. Lower rates reduced the opportunity cost of holding bonds and the US dollar which, in turn, raises the appeal of safe-havens.

Bitcoin comes with an underlying scarcity, offering traders a way to hedge against the ongoing quantitative easing policies around the world. The demand for the cryptocurrency is already high in inflation-hit countries such as Turkey, Lebanon, Iran, and others. But as the US dollar plunges further, many expect Bitcoin to grow exponentially.

Therefore, a retest of $10,500 may attract more investors, causing BTC/USD to rise back again towards the $12,000-level.